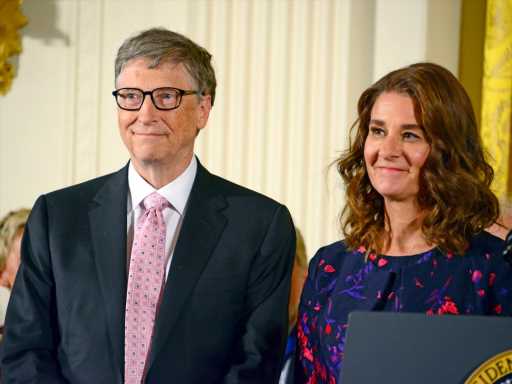 Melinda Gates has already told her side of the story in her divorce from Bill Gates after 27 years of marriage, and now, it’s the Microsoft founder’s turn. While he hasn’t been forthcoming about his alleged multiple affairs, he does talk about the significance of his life with Melinda and how their split affected him.

Telling The Sunday Times that he’s still “grieving” the end of his marriage, he talks about his early days with Melinda almost wistfully. “You know, we grew up together. When I got married, yeah, Microsoft was a big deal,” he explained. “But I was a young 38-year-old, and she was a mature 28-year old, and over those next few years, in terms of what we learnt together, what went well, what didn’t go well… I mean, that’s more than half my adult life.” Their time in the spotlight together included creating the Bill & Melinda Gates Foundation, “a nonprofit fighting poverty, disease, and inequity around the world,” but behind the scenes, their life wasn’t as charming.

Bill has only confessed to one workplace affair during his time at Microsoft and refuses to elaborate more on the cheating allegations, but Melinda alluded to several infidelities in a March interview with Gayle King — and it certainly contributed to their split. “I certainly believe in forgiveness, so I thought we had worked through some of that,” she explained. “It wasn’t one moment or one specific thing that happened.” But there was a moment when Melinda realized their union was done. “There just came a point in time where there was enough there that I realized it just wasn’t healthy, and I couldn’t trust what we had,” she added.

While Bill seems to believe their age gap and his lack of maturity had something to do with it, their divorce goes farther below the surface. Melinda has been an open book about what led to their breakup, but the tech entrepreneur isn’t ready to be honest with himself about his actions and how his current single status might have been his fault.