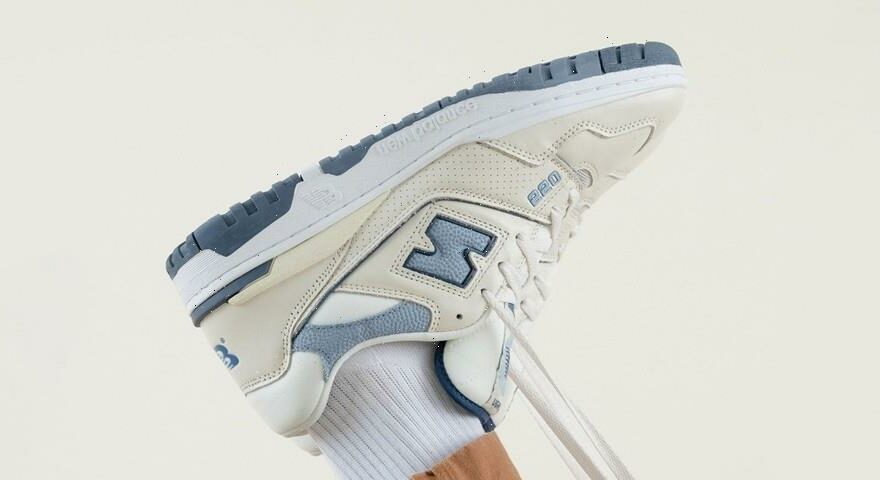 Every footwear brand has its staples, and for New Balance, the 550 fulfills that role aptly. Starring in a plethora of colorways, including collaborative takes from the likes of COMME des GARÇONS HOMME, the 550 has dominated this year as the American sportswear brand’s go-to for versatility. Often sporting a mixed material design and budget-conscious price tag, relative to the brand, the 550 has cemented itself as an essential for New Balance. Now, it sees two blue-infused colorways grace the model to round out the year.

Arriving in “Blue Groove” and  “Vintage Indigo” looks that combine with base colors of black and beige respectively, the 550 opts for a premium leather upper that ditches the typical suede overlays in favor of a continuous build. Each lean heavily on their primary colors while their titular tones appear at the “N” logos, 550 branding, printed heel branding, collar overlay and tongue detailing. Completing the looks, a white stitched midsole teams up with a rubber outsole designed for traction and durability.

For those interested in grabbing a pair of either of these New Balance 550 colorways, both have exclusively launched via Foot Locker today, December 13 with a New Balance launch to follow on December 14. Both looks are priced at $120 USD respectively.

For more footwear news, those who missed out on the Salehe Bembury x New Balance 990v2 “Sand Be the Time” can try their luck again with New Balance’s upcoming release of the shoe.
Source: Read Full Article