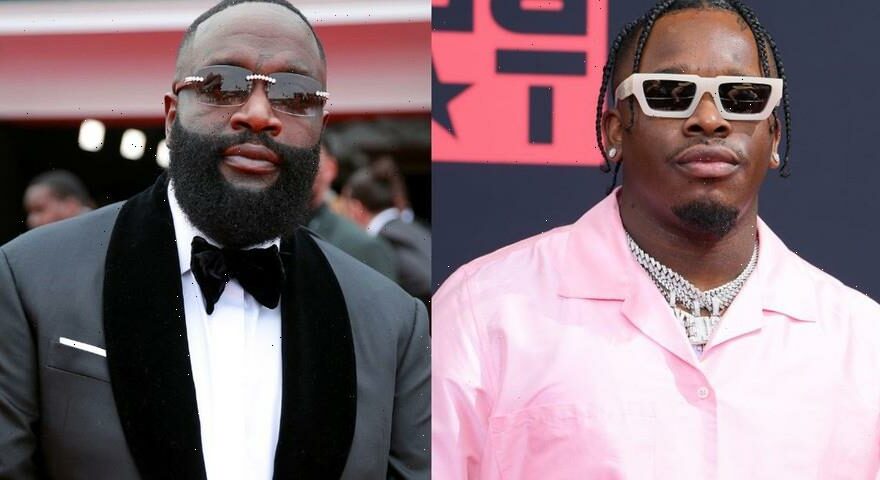 Los Angeles R&B artist Blxst has released a new music video for his single “Couldn’t Wait For It” featuring Rick Ross. The video sees Blxst navigate his rapid ascension in the music industry as he heads to Atlanta to meet up with Ross.

The visual opens with a call between Blxst and Ross, each phoning in from their cities to discuss a business opportunity.

“It’s time to come here. You ready? It’s my responsibility to make sure you take advantage of this,” Ross tells Blxst.

“Say no more. I’m on the first flight out. Let’s make it happen,” Blxst responds.

Cut to Blxst boarding a plane en route to Atlanta. After landing in the city, he heads straight to the studio to record some new music. The video segues into Blxst and Ross meeting in the latter’s home to talk business. Decked out in all pink with a matching watch, Ross presents the artist with a contract.

Ross then raps from his balcony while pouring out champagne in celebration of the deal.

“Couldn’t Wait For It” comes off of Blxst’s latest album, Before You Go, out via Red Bull Records. The artist also recently made an appearance on Kendrick Lamar’s Mr. Morale & the Big Steppers. Featured alongside Amanda Reifer, Blxst dropped bars on the song “Die Hard.”

Blxst kicks off his international tour tomorrow, July 13, in San Diego, California, wrapping up on November 16 in Manchester, United Kingdom. See Blxst and Rick Ross in the “Couldn’t Wait For It” music video above.

In other music news, Meek Mill has responded to reports of him leaving Roc Nation.
Source: Read Full Article