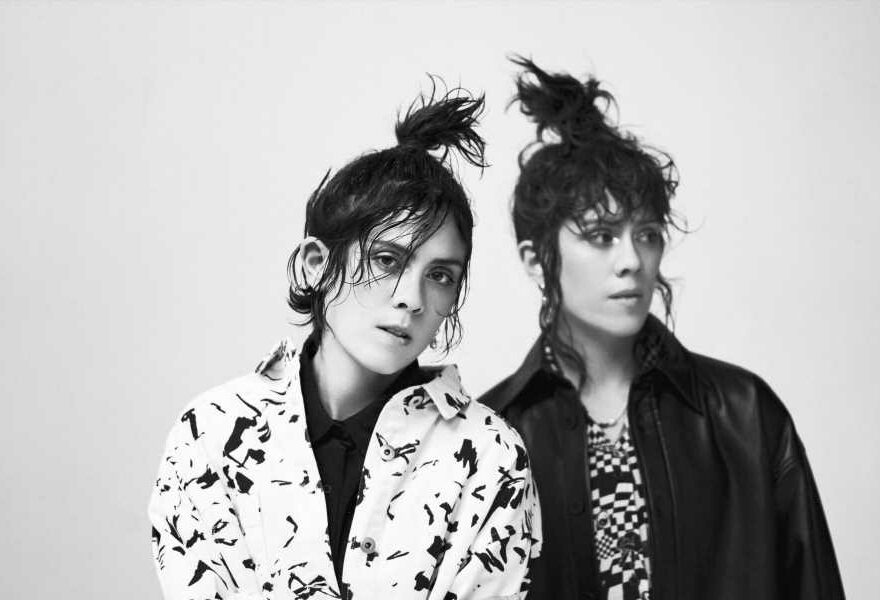 Tegan and Sara hit the beach and bust out their best sad Chris Martin impressions in the video for their new song, “Yellow.”

Directed by Mark Myers, the video pays homage to Coldplay’s own clip for their 2000 hit, “Yellow,” with Tegan and Sara — just like Martin — walking down an empty beach on a gray, drizzly day as they sing their song. Tegan and Sara’s “Yellow” is a dreamy pop tune that balances bits of bubblegum with heart-on-sleeve sincerity: “This bruise ain’t black it’s yellow,” goes the chorus “My sweet heart breaks, so be careful/But this paint ain’t red, now it’s a yellow/My sweet heart sings out like a devil.”

In a statement, Sara explained that “Yellow” “was written after we began to take steps to heal the bruises we have both carried with us since adolescence and early adulthood — wounds that never quite healed right and flare up seasonally, sending us spiraling backward in time. Are we doomed to remain forever 15, breaking up and breaking apart? I hope not.”

“Yellow,” along with the previously-released “Fucking Up What Matters,” will appear on Tegan and Sara’s upcoming 10th studio album, Crybaby, set to arrive Oct. 21 via Mom + Pop Music. Crybaby marks Tegan and Sara’s first album of all-new material since 2019’s  Hey, I’m Just Like You, though earlier this year, they did release Still Jealous, a reimagining of their 2004 LP, So Jealous. The new album was made in Seattle and Los Angeles with producer John Congleton.

Following the arrival of Crybaby, Tegan and Sara will launch a North American tour. The run kicks off Oct. 26 at Union Transfer in Philadelphia and wraps on Nov. 20 at the Commodore Ballroom in Vancouver. Tomberlin will provide support throughout the tour, tickets for which go on sale July 15 at 10 a.m. local time (a fan presale will take place tomorrow, June 13, at 10 a.m. local time; more info is available on Tegan and Sara’s website).

In a recent interview with Rolling Stone, Tegan spoke about the duo reaching their 10th album, saying, “I do have moments where I’m like, “Are we old?” And then I remember that we started when we were 15. We put out our first album when we were 19. So yeah, it does feel like a huge milestone. But I also feel like you could probably take the first two records and erase them, not because I don’t like them or love them — I just think those are the kind of albums that people don’t usually even put out. So I feel like, emotionally, we’re on our eighth.”