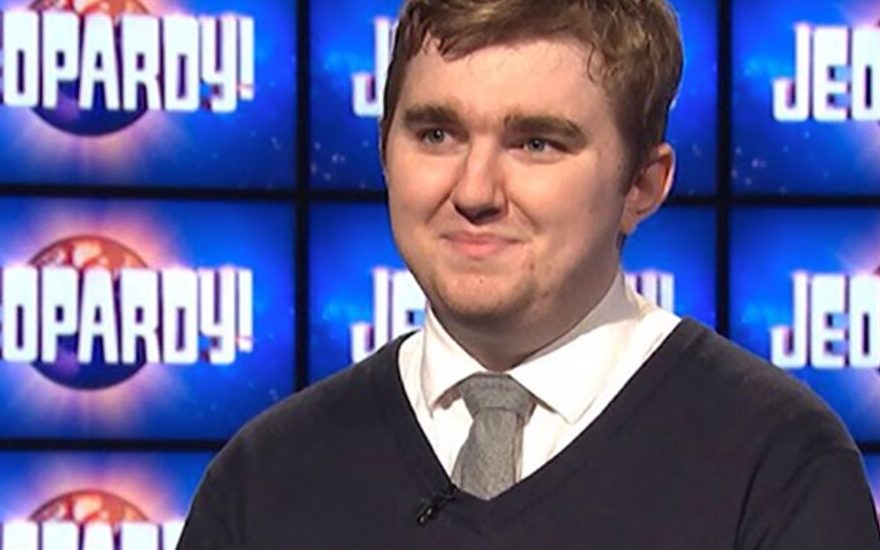 Brayden Smith, a voracious reader and former captain of his high school quiz bowl team who became a five-time “Jeopardy!” champion on some of the last shows hosted by Alex Trebek, died on Feb. 5 in Las Vegas. He was 24.

Mr. Smith’s death was confirmed in an online obituary. It did not list a cause of death. His mother, Deborah Smith, said on Twitter that her son had died “unexpectedly.”

Mr. Smith, she said, had achieved a lifelong dream by winning “Jeopardy!” as a contestant on some of the final shows hosted by Mr. Trebek before Mr. Trebek died in November at age 80 after a battle with cancer.

Over six shows, Mr. Smith won five times, earning $115,798 and the nickname Alex’s Last Great Champion, the obituary said. Mr. Smith said he had been looking forward to competing on the show’s Tournament of Champions against his “trivia idols.”

“‘Jeopardy!’ is so much better than anything that I could have even imagined,” Mr. Smith said in a video released by “Jeopardy!” last month. “Every moment since I last was on the studio lot has been a moment that I’ve been wanting to get back on there.”

Mr. Smith said on the video that he had been moved by Mr. Trebek’s perseverance on the show since Mr. Trebek’s announcement in March 2019 that he had learned he had Stage 4 pancreatic cancer.

“Now everybody knows that he is ailing, and to put on a brave face and go out there every day and continue to give America and the world some good cheer, especially this year, was really a testament to how great of a person he was,” Mr. Smith said.

Mr. Trebek was clearly impressed with Mr. Smith’s knowledge of trivia, telling the other contestants after one of Mr. Smith’s wins that they had played well, but “you ran into Billy Buzz Saw — and he took no prisoners.”

Brayden Andrew Smith was born in Henderson, Nev., on Sept. 6, 1996, the second of four sons of Scott and Deborah (Rudy) Smith.

At Liberty High School in Henderson, he was a National Merit Scholar semifinalist and led the Quiz Bowl team to back-to-back state runner-up finishes. For his outstanding play, he earned a college scholarship.

He graduated last year from the University of Nevada, Las Vegas, with a degree in economics and had planned to become a lawyer in the federal government. He had recently served as an intern at the Cato Institute in Washington, researching criminal justice reform.

“The JEOPARDY! family is heartbroken by the tragic loss of Brayden Smith,” the show said on Twitter. “He was kind, funny and absolutely brilliant.”