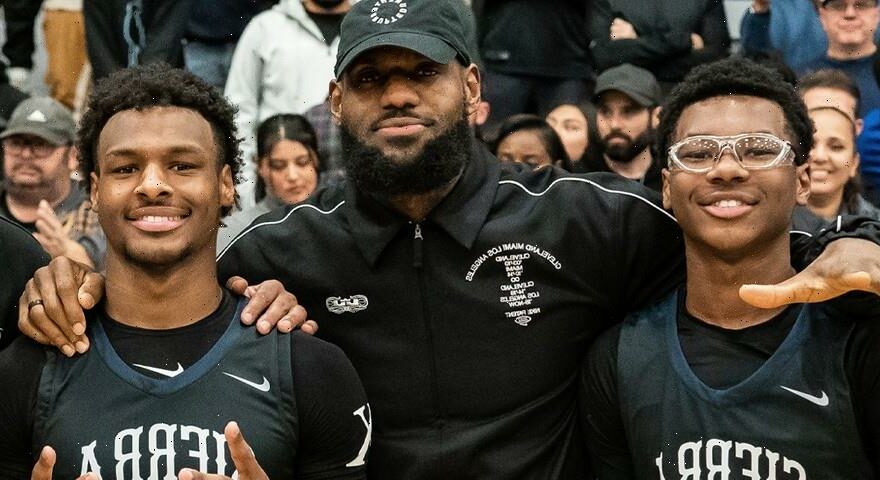 It comes as no surprise that LeBron James wants his sons to follow in his footsteps to play in the NBA. Now, it appears that both his sons are steps away from cementing a career in basketball.

Guiding them on the right path, the brothers Bronny James and Bryce James have officially signed with Rich Paul‘s Klutch Sports Group. Both have signed a NIL deal with LeBron’s long-time friend and agent. The James brothers join a long list of prominent NBA and NFL athletes represented by the agency. While Bryce is still a long way from joining his dad in the NBA, he is part of the 2025 recruiting clas and shows great prospect so far. Despite being 15, he has already received a college offer from Duquesne. Currently, the brothers play basketball together at Sierra Canyon High School.

Aside from his NIL deal with Klutch Sports, Bronny, who is now 18, currently has a NIL deal with Nike and with Beats, evidently following in his dad’s footsteps. LeBron has stated publically many times that he would like to play at least one year in the NBA with his son Bronny, who will be a part of the NBA 2024 draft class. If he makes it, LeBron will be 39 during Bronny’s rookie season.

In other sports news, France will face off against Argentina in the World Cup Final.
Source: Read Full Article