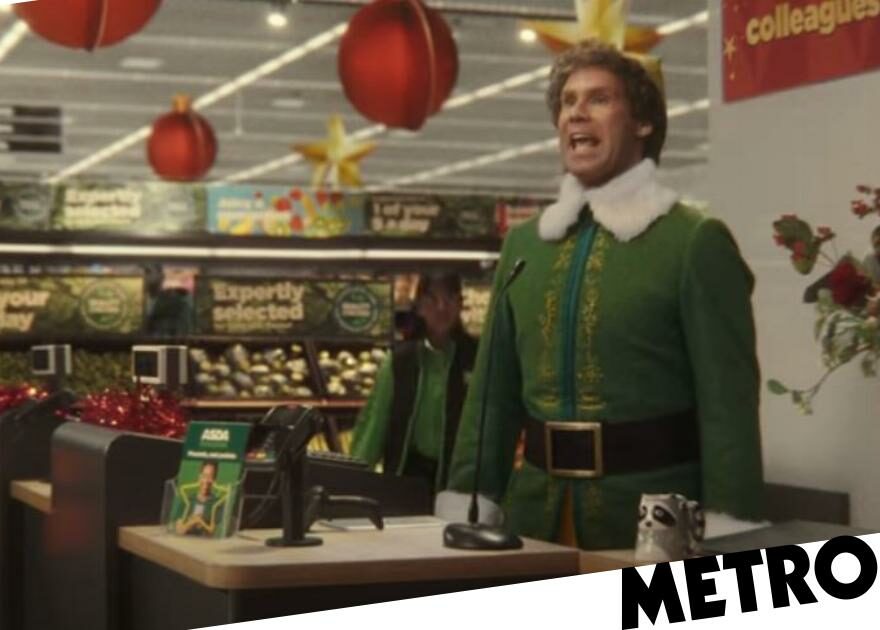 We might not have seen him in nearly 20 years, but Buddy the Elf is finally back, helping to spread Christmas cheer with Asda in their 2022 advert.

Will Ferrell’s character has been enlisted by the supermarket chain to bring his beloved character back to our screens and in a surprise to absolutely no-one, Buddy can’t wait to celebrate.

Nearly getting taken out by trolleys as he’s standing outside a store, Buddy ventures inside and quickly notices a sign calling out for ‘Christmas colleagues’.

When a manager comes to meet him to have a chat about a job, Buddy makes sure to tell him that his outfit is certainly not a costume, because he’s an Elf. Obviously.

He then gets a quick tour, with one of his new colleagues first taking him to one of the most magical places – the bakery.

In awe of the icing sugar being sprinkled onto the mince pies, he exclaims that what is unfolding is ‘beautiful’, much to the delight of the bakers. 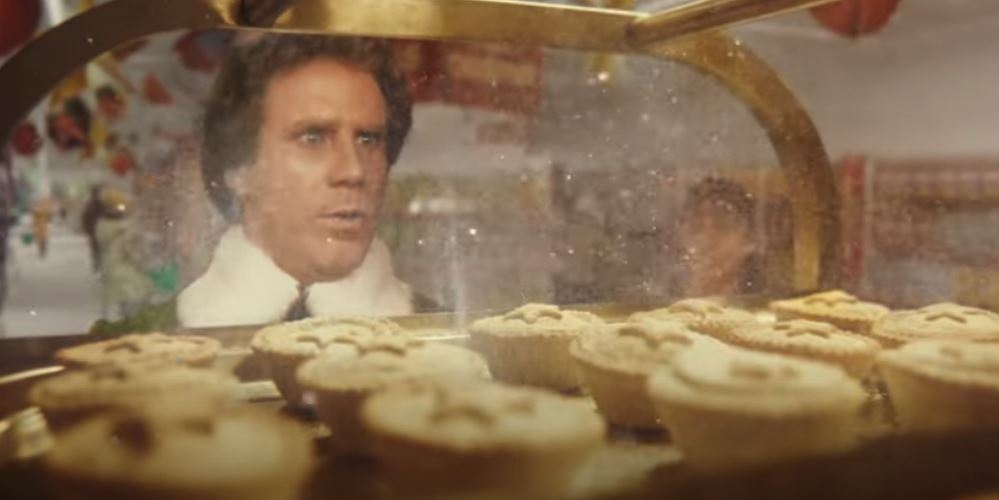 He then strikes up a chat with a child, who might not be able to speak yet, but gives some present ideas that Buddy says he’ll pass on to the ‘big man’ (Santa, for the uninitiated).

But realising he’s got the run of a massive shop full of possibilities, he quickly runs (or hops) off, before making sure to tell delivery drivers ready to head out for the day that they need to make time for snow angels and ice skating, before he’s cut off by a speaker announcement asking him to report back to the shop floor. Uh oh.

Unsurprisingly he gets a little distracted as he tries to do so, the allure of trying some maple glazed pigs in blanket providing too big a temptation.

He eventually makes his way back, but despite the Christmas treats on offer, the store is still missing something.

Buddy quickly remedies it and turns up in front of a microphone singing (really just yelling), much to the confusion of the customers trying to pick up their groceries in peace.

As he soon tells a new friend also working the check-out with him, that ‘The Best Way to Spread Christmas Cheer, is Singing Loud for All to Hear’, a line fans of the 2003 movie will fondly remember.

His customer service cues are right on point too, as he grins and tells a customer that he just ‘loves to smile, smiling’s my favourite’.

He makes it through the shift but as the lights are turned off and the doors are locked for the night, Buddy isn’t quite ready to leave.

Like the movie, he stays up decorating the whole place (with one small run-in with a Christmas tree that he manages to topple) and the next morning his efforts are rewarded when he’s told he’s got the job.

Running out of the store clearly pleased with himself he nearly hits the trolleys again and exclaims ‘son of a nutcracker’, but nothing’s going to dim his mood now.

Fans of Elf couldn’t contain their excitement over seeing Will reprise the beloved role, with one commenting on the advert: ‘How have they done this?! It’s amazing! Couldn’t stop smiling. Smiling’s my favourite!’, of course referencing Buddy’s line from the movie about smiling.

‘What an ad! 👏🏼 Just love buddy the elf, wouldn’t mind bumping into him in my local Asda!’ someone else wrote.

‘This is fantastic!! Best Christmas advert I have seen, getting me in the Christmas mood!!! Great job,’ another person said, showering the advert with praise.

While Will revealed last year he was offered $29million (£21m) to star in an Elf sequel, he turned it down because apparently it just wasn’t very good.

Lucky we all still hold a soft spot for Buddy and will take any chance to catch up with him again, especially at Christmas.

Inspired by Buddy, Asda will also be spreading Christmas cheer by giving a special festive surprise to five different community groups, collecting toys for children’s charities, and local choirs and bands will be playing in stores throughout December.

Have your Elf a Merry Christmas, the Asda Christmas Advert 2022 will premiere on on ITV1 at 8.45pm on Friday November 4.