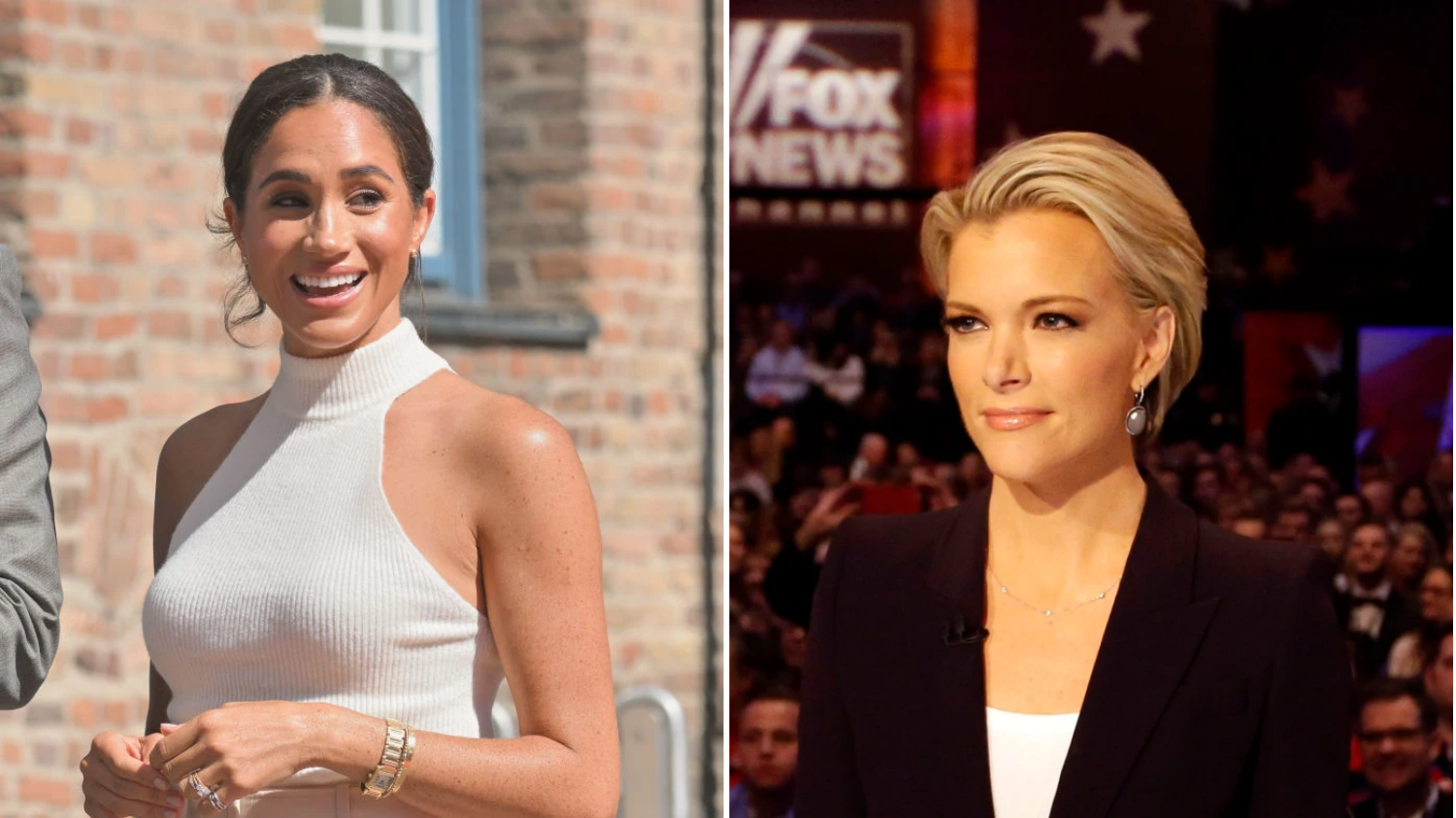 Megyn Kelly has another bone to pick with Meghan Markle and this time it’s because she has an issue with the fact she refers to Prince Harry as ‘her husband’.

On the latest episode of her podcast, The Megyn Kelly Show, the American media commentator slammed Markle and said she’d had enough.

‘We get it, you bagged the gorilla,’ she said on Tuesday’s episode.

‘Congratulations, you got the big bear, [and] you want us all to know.’

The comments were in response to the latest episode of Markle’s own podcast, Archetypes, when she said that her husband was ‘great’ with contributing equally to parenting.

‘[He] gets [Archie] downstairs’, while she added she would make breakfast for the family.

‘It’s very important to me. I love doing it.’

With Christopher Anderson, author of The King: The Life of Charles III, Kelly’s guest on the program, the pair also discussed claims made in the Oprah interview, including a part where Markle said she never looked up the Royal family prior to her relationship.

Anderson claimed that, like ‘every other young woman’, she knew exactly who they were.

Kelly also criticised the Duke and Duchess of Sussex for ‘ripping on the Royals to whom they owe, literally, all of their fame and most of their fortune.’

The comments come as the world waits to see the contents of Harry’s memoir, Spare, which will now be released on January 10 after being delayed due to the Queen’s passing.

The 416-page book has been billed by publisher Penguin Random House as a work of ‘raw, unflinching honesty’.

Relatives were not given a heads-up on the title – a reference to the phrase the ‘the heir and the spare’ – in advance of last week’s announcement, with a source telling the Daily Mail it will be seen as both ‘controversial’ and ‘provocative’.

Harry has previously called the book a ‘truthful and wholly accurate’ portrait of his life – the prospect of which has sent shockwaves through the royal establishment.