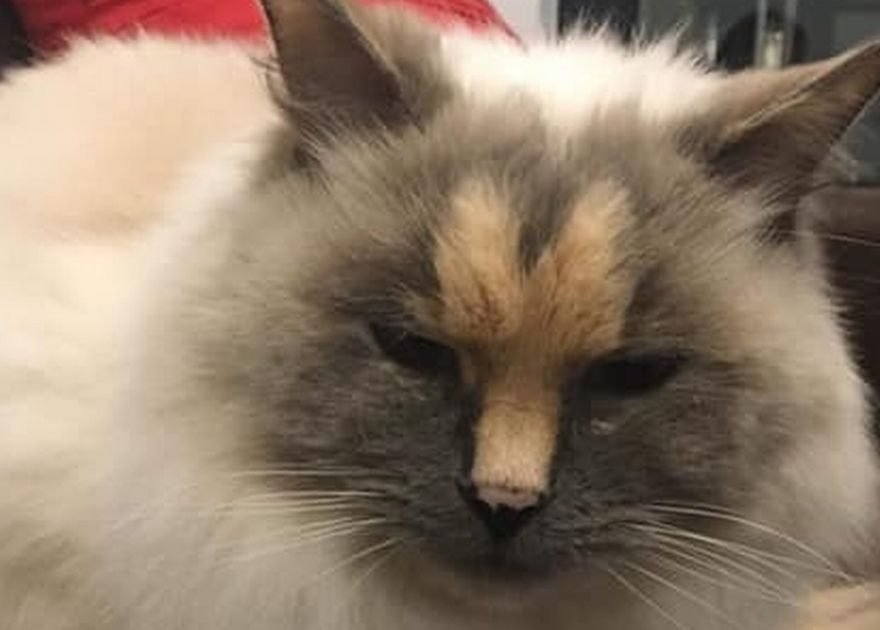 Daisy is an adorable ragdoll cat . She's fluffy and loves nothing more than "snuggling on anything warm, happy to watch the world go by."

So it stands to reason that cat-lovers should be clamouring to adopt the shelter cat.

However, Daisy has facial markings which the Mini Kitty Commune rescue centre in Sydney, Australia have said people can be unkind about, explaining that while "some say she has unfortunate facial markings", they just call her "unique".

People can be so cruel.

Describing the sweet moggy further, the centre writes: "Beautiful Daisy is ready for adoption. Daisy is nine years old and ready to spend her time snuggling on anything warm, [and is] happy to watch the world go by."

"She is very easy going and doesn't want for much, she loves company of humans but has also been around other cats so will do well after correct introductions."

Despite people apparently actually laughing at her face, Daisy is still a friendly cat who has no idea that her markings look a little…phallic.