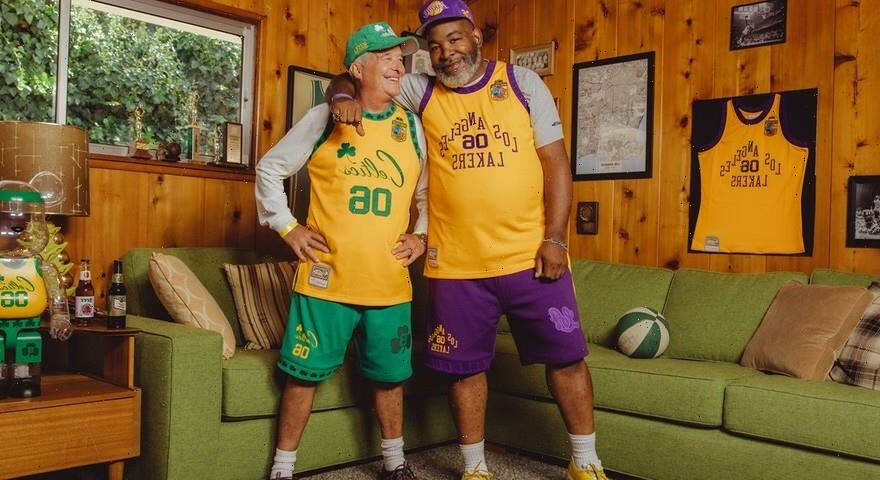 Two titans of the NBA, the Los Angeles Lakers and Boston Celtics have a storied history that involves both teams winning 17 championships over the years. Leaning into this rivalry, Bodega brought both franchises together for a special collection titled “Worldwide Respect.” Featuring apparel with Mitchell & Ness, [email protected] with Medicom Toy and accessories that include two rugs, fans of the teams are treated to a comprehensive capsule courtesy of the Boston-based retailer.

Apparel options featuring Mitchell & Ness begin with jerseys for each team that utilize a yellow base with a thematic design for each team on the chest while the back reads “BODEGA” and carries the number six. Co-branded shorts in Lakers purple and Celtics green go with the jerseys alongside a jersey-like t-shirt and snapbacks. [email protected] in 100%, 400% and 1000% sizes carry Lakers and Celtics-themed looks and collabortive rugs for each team complete the collection.

Fans of both franchises can look forward to the launch of the entire NBA x Bodega “Worldwide Respect” collection on December 26 at 12pm EST via Bodega’s web store. Following this, an in-store launch will take place at Bodega’s Boston location on December 27.