Clay Harbor and Nicole Lopez-Alvar are giving Bachelor in Paradise fans the answers they didn’t get during the Tuesday, September 17, reunion.

“While there is so much I want to share with you all, there is a message that I need to share that is far more important than me,” Nicole, 26, began in a lengthy caption on Tuesday via Instagram. “Ladies, we don’t have to put up with anything less than wonderful. We are worthy of someone’s complete and all-encompassing respect, time, love, honesty, and energy.”

The Miami resident then threw shade at Clay and his relationship with Angela Amezcua, whom the former football player dated prior to season 6 of Bachelor in Paradise. 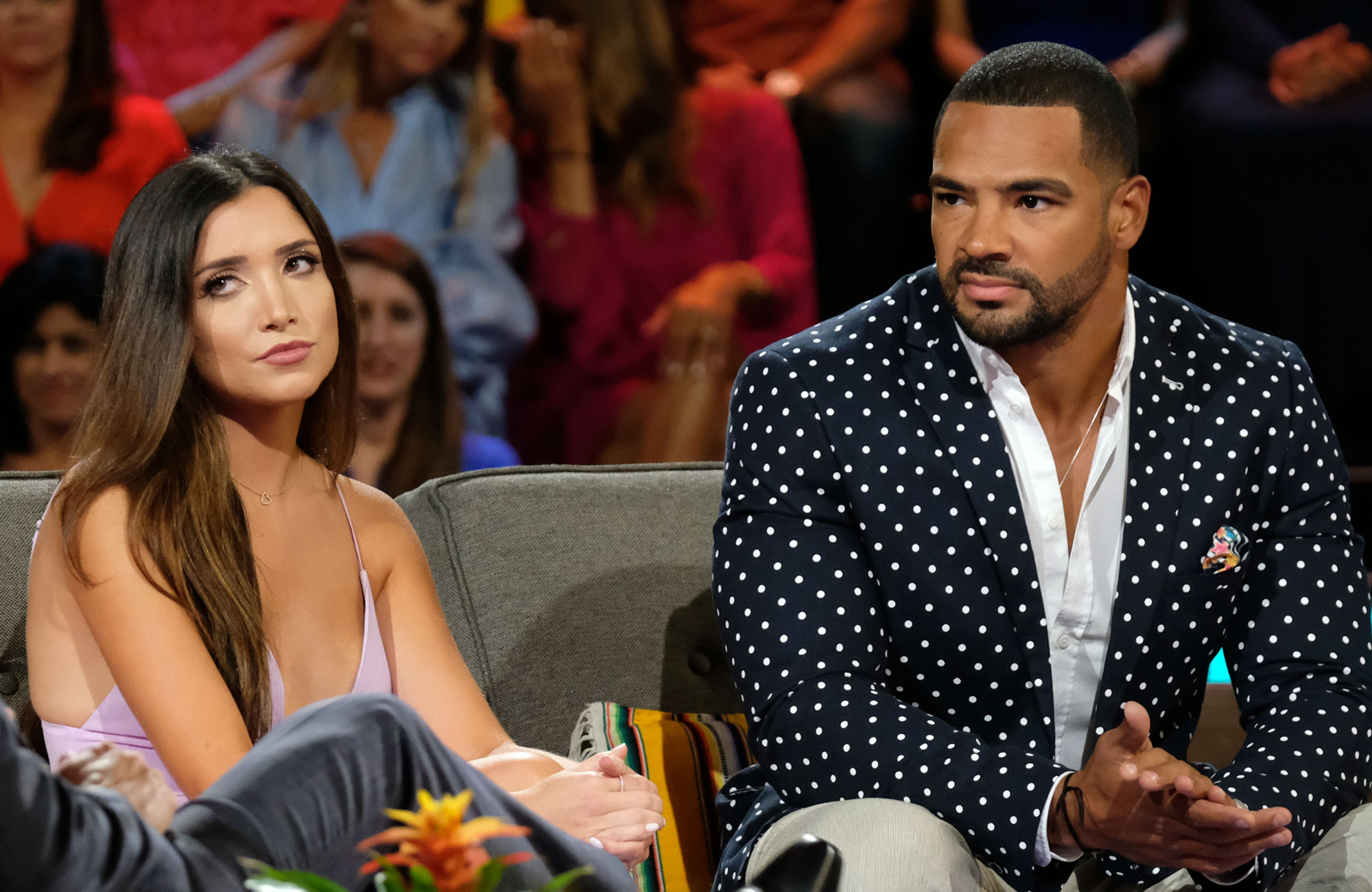 “When a man’s actions don’t line up with his words, when a man’s promises fall flat, and when a man dares to string you along (whether it’s for 16 days or for 8 months) knowing very well he does not see a future with you — we are better off on our own than loving a man who doesn’t know what he has when he has it,” she wrote. “I know it’s scary, but sometimes, the bravest thing we can ever do is love ourselves first. If that means to run, then run.”

She concluded: “I love you all so much ❤️❤️❤️ and remember — we are ALL worthy of our own happy ending. Whether that be with a partner or not. ‘Cause we’re our own soulmates.”

According to a source, Nicole revealed at the reunion that she is actually dating someone else. Angela, who was briefly linked to Chase McNary during the season, did the same.

Clay, for his part, told fans that they “didn’t miss much” after ABC cut their segment on Tuesday’s episode.

“Yes I was at the reunion they chose not to show my convo with Nicole,” he tweeted on Tuesday. “I basically explained why I didn’t think we were far enough along to get engaged and that I really did want to continue to date and wished her luck with her new relationship.”

After seemingly reading Nicole’s post, however, Clay had more to say.

“Comparing relationships is not apples to applies. The truth is I was starting to fall in love but I did not want to lie and say I was all the way there until I was,” the athlete wrote in a statement shared on social media. “I wanted to leave the beach with Nicole and see what real everyday life had in store for us. I wanted to meet family and friends and grow and if we were ready to get engaged we would. I’ve always told myself I am asking one person one time to marry me.”

He added that he wasn’t “yet” there with Nicole.

“I completely expected her to leave with me but she wanted something else. I won’t sacrifice who I am for anyone and specially not a TV show,” Clay concluded. “I completely stand behind my decisions that last night on the beach and like I said before, I’m happy Nicole has moved on. She deserves happiness.”

Clay also poked fun at the fact that his interview with Nicole didn’t air on the ABC reunion show, revealing that producers insisted he cancel a pre-planned trip with his friends.

“Me: I’ll be on vacation planned 6 months ago with college friends. Producers: you really need to be there ppl will want to know what happened,” he tweeted on Tuesday. “Me: Okay I’ll cancel vaca and make it. Producers:”