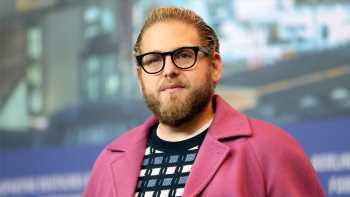 Facebook’s Instagram, as part of its anti-bullying initiatives, funded a new series directed by Jonah Hill featuring teens and young adults talking about their experiences with bullying.

The four-episode “Un-filtered” goes live Wednesday (Sept. 18) on Instagram’s IGTV channel on its mobile app and the web. In the unscripted series, Hill interviews people aged 13-25 who share their stories of being the targets — or perpetrators — of bullying, both online and in real life.

Hill’s acting credits include “The Wolf of Wall Street” and “Moneyball” (for which he received Oscar nominations) and comedies like “21 Jump Street” and “Superbad.” He also directed 2018 feature-length dramedy “Mid90s.” Hill has spoken out about bullying and toxic masculinity, and identifies as both having been bullied as well as having been the bully.

“It was an incredible experience to direct this project,” Hill said in a statement. “I tried to create an environment for young people to be heard and listened to. I wish there was a platform to hear other’s struggles and experiences when I was growing up. I hope that this will be inspiring for young people to share their stories and feelings and not feel so alone.”

“Un-filtered” is a reference to the famous photo filters that let Instagrammers alter the look of images they post on the service. The series is designed to bolster Instagram’s investments in reducing harassment on the service, which includes using artificial intelligence to detect and remove bullying content. Instagram recently launched a test of two new features: a “comment warning” that’s supposed to alert a user if they’re typing something that appears to be out-of-bounds and prompt them to revise it; and a “restrict” option to let users review comments from specific individuals before they’re made public.

Hill has 1.6 million Instagram followers. That isn’t gigantic by Instagram standards but the service is clearly hoping the Hollywood actor-director will help amplify its anti-bullying message. “Un-scripted” also is meant to showcase IGTV, Instagram’s longer-form video feature launched a year ago.

“We’re really proud of ‘Un-filtered,’ our newest IGTV series, directed by Jonah Hill, that features real teens sharing the experiences and challenges they face every day,” said Janine Gianfredi, Instagram’s director of consumer marketing. “At Instagram, we’re committed to elevating the voices of the next generation and that means providing a safe place where they feel comfortable to express themselves.”

Topics in “Un-filtered” include how it feels to be the target of hate for just looking different; dealing with jokes that go too far; and how young women battle body-image issues.

There were no scripts for the series, which was shot in a vertical orientation for mobile viewing. In the interview studio, producers built a set with an LED video wall that had a bank of colors to represent different emotions. During the conversations, the color on the wall would change to reflect the subject matter being discussed.

“Un-filtered” was produced by New York-based production company Smuggler for Instagram, overseen by production executives Ali Goodwin and Brian Quinlan. Chris Blauvelt is director of photography, with editing by Ting Poo at Cartel and music composed and produced by Ariel Rechtshaid.

Hill is repped by WME and LBI Entertainment.

Watch the “Un-filtered” episodes on Instagram at these links: “When It Hurts to Be Yourself”; “When People Stare”; “When Banter Turns Bad”; and “When Loving Your Body Is a Battle.”