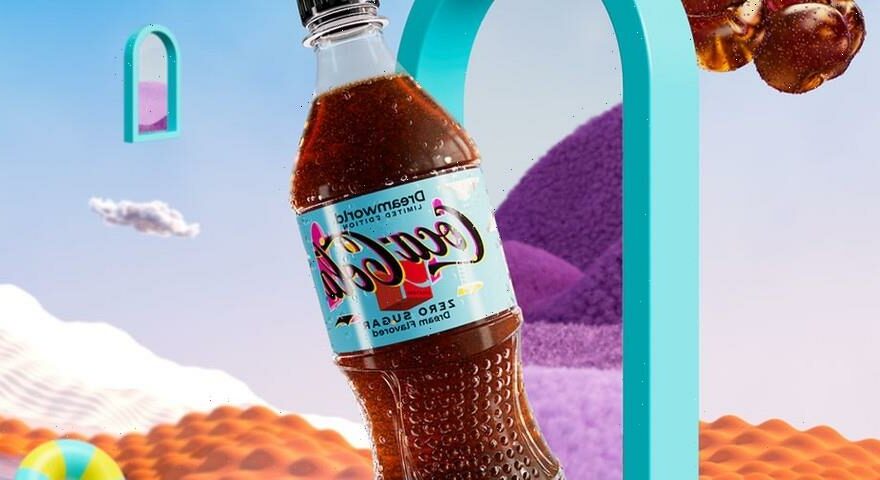 After introducing abstract flavors such as the space-themed “Starlight,” collaboration with Marshmello, and metaverse-inspired Byte, Coca-Cola now serves up a fourth and final “Dreamworld” flavor as part of its Coca-Cola Creations series. “Coca-Cola Dreamworld taps into Gen Z’s passion for the infinite potential of the mind by exploring what a dream tastes like,” said Alessandra Cascino, Coca-Cola NA Creative & Shopper Program Director in a press release. “Like the Coca-Cola Creations that came before it, Dreamworld plays with the unexpected and will no doubt provoke discovery and debate among consumers… which we welcome.”

While wrapped in electric colors with whimsical shapes scattered throughout, Coca-Cola has yet to specify what the drink will taste like other than saying it will be beyond fans’ wildest dreams. To complement the release, a series of immersive digital activations and IRL experiences across college campuses in the U.S. will provide a portal into the Coca-Cola Dreamworld. Through scanning a QR code on the packaging, fans can access the Coca-Cola Creations Hub where experiences such as a collaboration with Tomorrowland and an exclusive Dreamworld-inspired digital fashion collection can be accessed.

Look for Coca-Cola Dreamworld to arrive in the U.S. and Canada August 15.