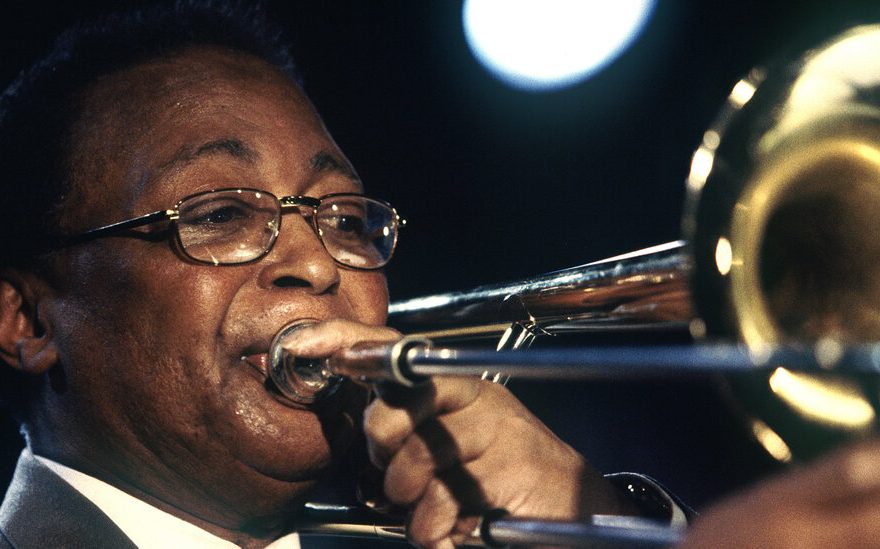 Curtis Fuller, a trombonist and composer whose expansive sound and powerful sense of swing made him a driving force in postwar jazz, died on May 8 at a nursing home in Detroit. He was 88.

His daughter Mary Fuller confirmed the death but did not specify the cause.

Mr. Fuller arrived in New York in the spring of 1957 and almost immediately became the leading trombonist of the hard-bop movement, which emphasized jazz’s roots in blues and gospel while delivering crisp and hummable melodies.

By the end of the year, he had recorded no fewer than eight albums as a leader or co-leader for the independent labels Blue Note, Prestige and Savoy.

That same year he also appeared on the saxophonist John Coltrane’s “Blue Train,” among the most storied albums in jazz, on which Mr. Fuller unfurls a number of timeless solos. On the title track, now a jazz standard, his trombone plays a central role in carrying the bold, declarative melody.

Mr. Fuller’s five-chorus solo on “Blue Train” begins by playing off the last few notes of the trumpeter Lee Morgan’s improvisation, as if curiously picking up an object a friend had just put down. He then moves through a spontaneous repertoire of syncopated phrases and deftly wrought curlicues.

In his book “Jazz From Detroit” (2019), the critic Mark Stryker wrote, “The excitement, authority and construction of Fuller’s solo explain why he became a major influence.”

Mr. Fuller was also responsible for naming “Moment’s Notice,” another now-classic Coltrane composition on that album. “I made a comment,” Mr. Fuller said in a 2007 interview for the National Endowment for the Arts, recalling the scene at Van Gelder Studio in New Jersey. “‘John, you put this music on us on a moment’s notice. We got three hours to rehearse this music and we’re gonna record?’ And that became the title of the song.”

Mr. Fuller carried his knack for a concisely stated melody, and for elegantly tracing the harmonic seams of a tune, into his work as a composer. Among his many original tunes are “À La Mode,” “Arabia” and “Buhaina’s Delight,” all of which are now considered standards.

Those three pieces found their way into the repertoire of the drummer Art Blakey’s Jazz Messengers, hard bop’s flagship ensemble, of which Mr. Fuller was a core member from the early to the middle 1960s. The band was arguably at its peak in those years, when its membership included the trumpeter Freddie Hubbard, the saxophonist Wayne Shorter, the pianist Cedar Walton and the bassist Jymie Merritt (later replaced by Reggie Workman).

“I owe a lot to Art Blakey, in so many ways,” Mr. Fuller said. “We were all driven by the fact that he encouraged us all to write. There wasn’t such a thing as a leader.”

In 2007, Mr. Fuller was named an N.E.A. Jazz Master, the country’s highest official honor for a living jazz musician.

In addition to his daughter Mary, he is survived by seven other children, Ronald, Darryl, Gerald, Dellaney, Wellington, Paul and Anthony; nine grandchildren; and 13 great-grandchildren. His first marriage, to Judith Patterson, ended in divorce. His second wife, Catherine Rose Driscoll, died in 2010, after 30 years of marriage.

Curtis DuBois Fuller was born in Detroit on Dec. 15, 1932. (His birth year was incorrectly reportedthroughout his life — a discrepancy that was not cleared up until after his death — partly because at 17 he had exaggerated his age by two years so that he could join the work force.)

His father, John, who hailed from Jamaica, worked at a Ford Motor Company plant, but died of tuberculosis before Curtis was born. His mother, Antoinette (Heath) Fuller, a homemaker, had come north from Atlanta. She died when Curtis was 9, and he spent the next few years at an a orphanage run by Jesuits.

While his mother was alive she had paid for Curtis’s sister, Mary, to receive piano lessons. He would listen through the wall, learning the fundamentals of music secondhand. He showed an interest in the violin at the orphanage but was discouraged after a teacher told him it was an unsuitable instrument for Black people to play.

Soon after that, he saw J.J. Johnson, bebop’s leading trombonist, in concert alongside the saxophonist Illinois Jacquet, and he became enthralled by the trombone’s “majestic sound,” he told Mr. Stryker in an interview.

“Illinois Jacquet was an act: honking and screaming, biting the reed, squealing and that stuff. The crowd would go wild,” Mr. Fuller said. “But J.J. just stood there and played, and he looked like the guy, the person who really knew what he was doing.” 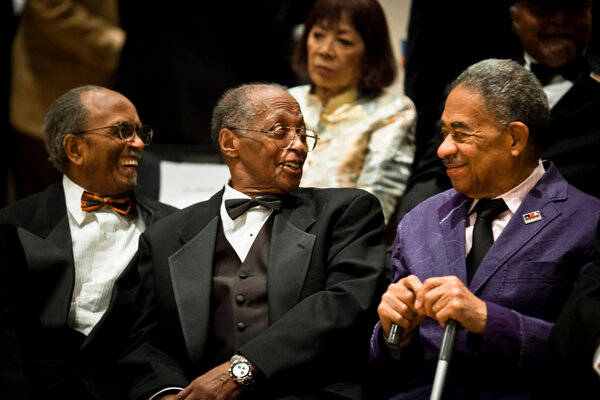 He was also impressed by the local trombonist Frank Rosolino, whom he heard perform soon after, and who became his teacher. He fell in with a coterie of young jazz musicians in Detroit, many of whom were destined for jazz prominence, including the pianist Barry Harris and the guitarist Kenny Burrell.

“That was like a network in Detroit; we generally stuck together,” he said in 2007. “There was a lot of love and real closeness.”

In 1953 Mr. Fuller was drafted into the Army, where he joined one of the last all-Black military bands, whose other members included the future stars Cannonball Adderley and Junior Mance.

After leaving the armed forces, he returned to the Detroit scene before traveling to New York in 1957 with the saxophonist Yusef Lateef’s band. When Miles Davis offered him a job, he decided to stay.

Playing with Davis led to his meeting two particularly important people: Coltrane, who was the band’s tenor saxophonist, and Alfred Lion, a founder of Blue Note Records, who heard Mr. Fuller onstage with Davis’s band and invited him to record for the label.

As he began to make his name as a bandleader, Mr. Fuller also found work alongside prominent musicians including Billie Holiday, Dizzy Gillespie and James Moody.

Holiday, who became a mentor, encouraged him to bear in mind the range and pacing of his own speaking voice when he improvised. “When I came to New York, I always tried to impress people, play long solos as fast as I could — lightning fast,” Mr. Fuller said in 2007. “And all of a sudden Billie Holiday said, ‘When you play, you’re talking to people. So learn how to edit your thing, you know?’ I learned to do that.”

In 1959, Savoy released “The Curtis Fuller Jazztet,” a lively album that included the saxophonist and composer Benny Golson as a featured guest. Soon after, Mr. Golson and the trumpeter Art Farmer began a separate band under the Jazztet name, with Mr. Fuller as a side musician. It would be one of the quintessential jazz ensembles of the 1960s, but Mr. Fuller soon moved on to other endeavors. (He and Mr. Golson remained close friends until his death.)

The untimely deaths of Coltrane, who was also a dear friend, and Mr. Fuller’s sister in 1967 sent him into a depression, and he left the music business, taking a job with the Chrysler Corporation in downtown Manhattan. But about a year later, Gillespie persuaded Mr. Fuller to join his band for a world tour, and he re-entered the jazz scene for good.

He spent two years in Count Basie’s orchestra in the mid-1970s, and also returned to leading his own ensembles.

In the 1990s, he survived a bout with lung cancer (despite never having been a smoker) and had part of one lung removed. He spent two years reinventing his trombone technique to accommodate his compromised breathing power. He succeeded, and released a string of well-received albums in the late 1990s and 2000s.

But as his health continued to deteriorate he turned more attention to teaching, joining the faculty at the University of Hartford’s Hartt School of Music and at the Kennedy Center's Betty Carter Jazz Ahead program.

Asked in 2007 to describe the signature sound that had left such an indelible mark on jazz, Mr. Fuller mentioned the importance of embracing one’s distinct identity. “I try to be warm. Warm and effective, you know. And sometimes I’m cold and defective,” he said. “That’s the way water runs. I’m not God, I’m not perfection. I’m just me.”