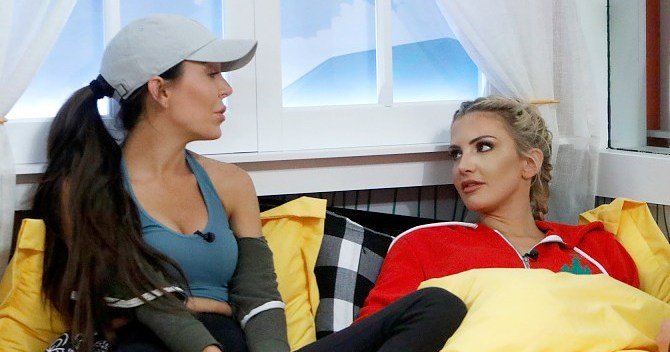 Warning: This story contains spoilers from the Thursday, August 15, episode of Big Brother.

Kathryn Dunn and Holly Allen weren’t exactly on the same side of the house during season 21 of Big Brother, but they did have a final two deal. During the season, there were rumors that the two had been friends before — and they admitted they both were at Stagecoach at the same time.

After Kat, 29, was eliminated on Thursday night, host Julie Chen Moonves asked if she and Holly, 31, actually knew each other outside the reality TV world.

“Yeah, was that a surprise to everyone? I think that we even surprised people on the show,” the marketing executive said in the after-show interview.

However, “knowing each other” doesn’t necessarily mean they had a friendship, she explained. 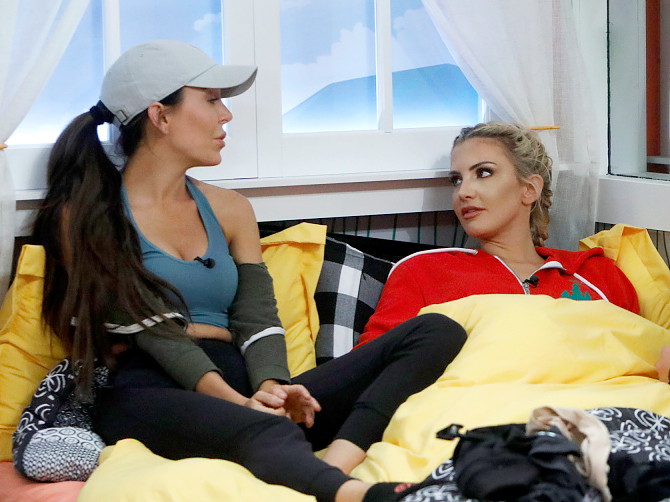 “We both used to compete in pageants. I don’t know if she brought this up, but she’s a former Miss Wyoming USA. We even have a picture together,” Kat shared. “It’s of her wearing her Miss Wyoming sash and me as, like, a fan next to her from, like, 2013. I wouldn’t say that we’re necessarily like friends.”

The former NBA dancer went on to say that she knew Holly well enough to know she was “a good person — within reason,” but they never hung out socially.

“We have friends in common but we weren’t like friend friends. The point that we know each other is literally to the same point that everyone else in the house knows each other,” the Texas native continued. “We didn’t know anything about each other other than pageant stuff and we both model for different energy drinks and I mean, just random little things like that that we have in common.”

Later in the interview, Holly touched on their friendship in her goodbye message to Kat.

“Pageants brought us together but this game brought us so close and I am forever thankful for that,” she said. “I’m so sad that you’re leaving me with these crazies, but I’ll probably be right behind you!”

That said, Kat was also in an alliance with Jessica Milagros, Nicole Anthony and Cliff Hogg III. When asked if she would have stayed true to her final two deal with Holly or stuck to the “Cliff’s Angels” alliance, she would have chosen Jessica and Nicole.

“I wanted Holly to be my final two so badly but just as everything was unfolding, and I would have had her back as much as I could have, but it also did raise a couple red flags how unapologetically she did have [Jackson] Michie’s back no matter what,” Kat stated. “I think it did affect her game.”