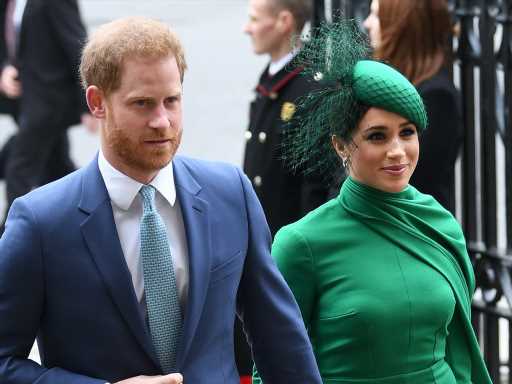 The Duke and Duchess of Sussex ended 2020 — and kicked off 2021 — with the launch of the website for Archewell, their non-profit organization. The site includes a touching tribute to Prince Harry and Meghan Markle’s mothers, alongside an incredible message. However, many have felt as though Prince Charles — who is noticeably not mentioned — might have been intentionally snubbed by his youngest son and daughter-in-law.

Archewell’s homepage includes a photo of Prince Harry with Princess Diana, as well as a photo of Meghan with her mother, Doria Ragland. Alongside the two throwback snapshots is a “Letter for 2021” that the couple wrote, which reads, “I am my mother’s son. And I am our son’s mother. Together we bring you Archewell.”

On Twitter, Piers Morgan has slammed the apparent disrespectful snub from Meghan and Harry.

“Sadly, Ginge & Cringe’s ‘compassion’ and ‘humanity’ doesn’t extend to either of their fathers, both of whom have been airbrushed out of this nauseating bilge,” Morgan wrote as he referenced the couple’s call for “compassion” on their site.

Additionally, Morgan slammed the message as “shameful” and petitioned for the Queen to remove their titles during their upcoming 12-month royal review in March.

It’s understandable that some people feel like acknowledging Princess Diana and not Prince Charles is a purposeful diss of the royal family. Diana is infamous for being anti-establishment and stood against everything the crown represented, whereas Prince Charles continues to uphold the royal traditions and family name that the Queen has worked to preserve.

Though Prince Harry doesn’t include his father, it might have been for a good reason — protecting his wife. Meghan’s relationship with her father Thomas is reportedly nonexistent, and perhaps that’s why Prince Harry chose to focus on the women in his life instead. But even so, should Harry really have to justify simply honoring his late mother in the first place?