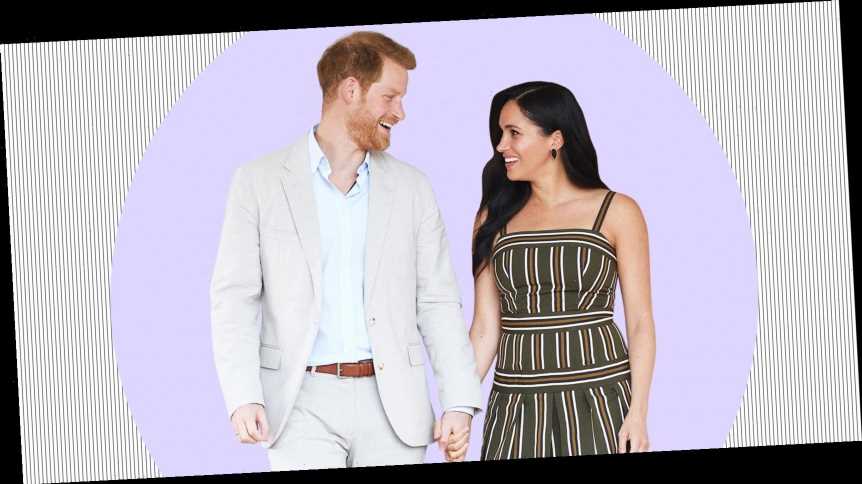 Meghan Markle and Prince Harry (aka the Duke and Duchess of Sussex) have announced they are expecting their second child.

It’s official; Archie is going to be a big brother.

On Sunday 14 February, the Duke and Duchess of Sussex shared a black and white picture of themselves sat barefoot under a tree, with Prince Harry resting his hand on Meghan’s head as she lay in his lap.

“The Duke and Duchess of Sussex are overjoyed to be expecting their second child,” confirmed a statement from the couple’s spokesperson.

Photographer Misan Harriman, who took the photo of his friends remotely via an iPad by their friend, tweeted out the image via his own social media account.

“I was there at your wedding to witness this love story begin, and my friend, I am honoured to capture it grow,” he wrote alongside it.

“Congratulations to the Duke and Duchess of Sussex on this joyous news!”

Naturally, Twitter was soon flooded with congratulatory messages for the couple. A handful of people, though, rushed to point out the sweet significance of the announcement.

“They always make sure she’s included and involved with them in some way.”

Another tweeted: “On this day, in 1984, Princess Diana of Wales was on the front page of The Telegraph with news of her second baby.”

“Fun fact: Diana announced 37 years ago today, on Valentine’s Day, that she was expecting her second child, who we now know as Harry,” said another.

“How sweet it is that Harry and Meghan chose this day to announce they are expecting their second child.

And still one more wrote: “Guys, it was exactly 37 years ago today that Princess Diana announced that she was expecting her second child, Prince Harry.

“Today, in 2021 Prince Harry and Meghan announced that they are expecting their 2nd child… I’m emotional.”

It would make sense that Meghan and Harry would want to honour the duke’s late mother with their second pregnancy announcement.

Indeed, they have done their best to include Diana in many of their happiest occasions so far, using the Princess of Wales’ diamonds to create Meghan’s engagement ring, and announcing their intention to marry in the Sunken Garden at Kensington Palace, reportedly one of Princess Diana’s favourite parts of the grounds.

“[Diana and Meghan] would be thick as thieves, without question,” Harry told the BBC at the time.

“I think she would be over the moon, jumping up and down, you know, so excited for me. But then, as I said, she would have probably been best friends, best friends with Meghan.

“It is days like today I really miss having her around and miss being able to share the happy news. But you know… I’m sure she’s with us, jumping up and down somewhere else.”

The joyful news of Meghan’s pregnancy comes after she endured a shattering miscarriage last year – a story which the duchess decided to share with the world in November via a deeply personal article for the New York Times.

“I knew, as I clutched my firstborn child, that I was losing my second,” she wrote.

In going public with her own experience, Meghan hoped that she might help others to feel less alone. That she might shatter the stigmas that surround pregnancy loss. And that she might encourage us all to be more empathetic and understanding about the plights of others.

“Losing a child means carrying an almost unbearable grief, experienced by many but talked about by few. In the pain of our loss, my husband and I discovered that in a room of 100 women, 10 to 20 of them will have suffered from miscarriage,” she continued.

“Yet despite the staggering commonality of this pain, the conversation remains taboo, riddled with unwarranted shame, and perpetuating a cycle of solitary mourning.”

As such, it is unsurprising that the couple have decided to keep personal details surrounding their pregnancy, such as their due date, out of the press.

And we imagine, too, they will be overjoyed to have the support of their family at this time.

The Queen, Duke of Edinburgh, Prince of Wales and the rest of the royal family“are delighted and wish [Harry and Meghan] well,” according to a Buckingham Palace spokesperson.

A heartfelt congratulations to Harry and Meghan on their happy news.