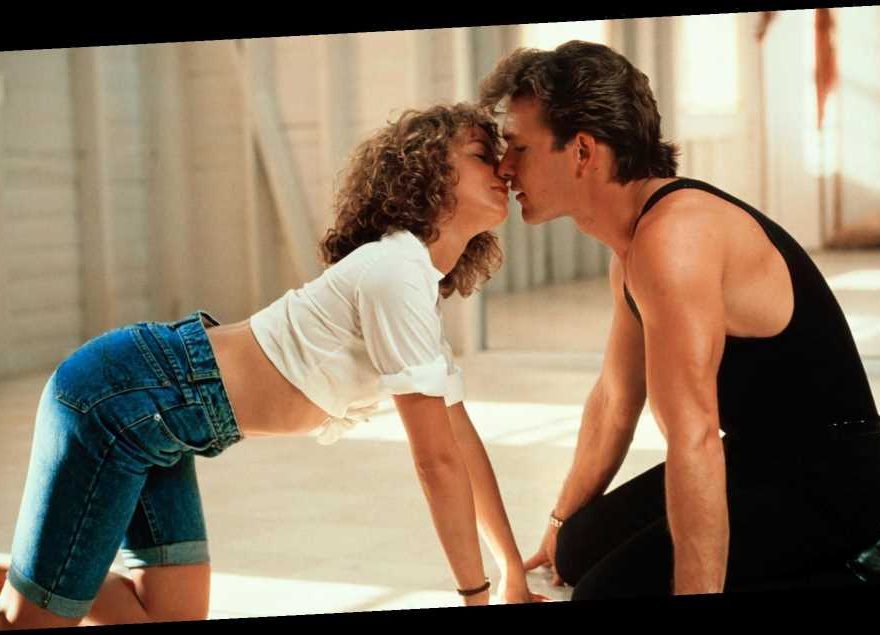 Voices, hearts and hands! It’s been more than three decades since Frances “Baby” Houseman and Johnny Castle fell in love during a summer at Kellerman’s.

Dirty Dancing, which followed Baby (Jennifer Grey) filling in for Penny (Cynthia Rhodes) as Johnny’s (Patrick Swayze) dance partner during a summer vacation with her parents, hit theaters in 1987.

While the film has several iconic lines (“nobody puts Baby in a corner!”) and scenes, perhaps the most memorable is Johnny and Baby’s lift.

“I only did it on the day I shot it,” Grey revealed about the scene during an interview with The Guardian in 2015. “Never rehearsed it, never done it since. I don’t know how all these people who reenact it have the guts to throw themselves into the arms of anyone other than Patrick Swayze. It’s insane!”

The actress added that she’s “thrilled” the move has stood the test of time — but she has no plans to follow the trend of fans recreating the moment.

“It happened, enjoy it, watch it over and over again but never ask me to do it again because I’m too f—king old,” she quipped. “I have a family and I want to live longer.”

Baby may not be doing any more lifts, but news broke in 2020 that Dirty Dancing was getting a sequel, with Grey starring and executive producing the new movie.

Lionsgate said in a statement at the time: “It will be exactly the kind of romantic, nostalgic movie that the franchise’s fans have been waiting for and that have made it the biggest-selling library title in the company’s history.”

“Its appeal was that it was very genuine and simple,” she said in a 2020 People interview about the original movie. “It was about innocence and the way that innocence is lost and how people explode into a different iteration of themselves.”

When asked about replacing Swayze’s role after his 2009 death, Grey said there’s “no replacing” the late actor.

“You never try to repeat anything that’s magic like that,” she said. “You just go for something different.”

Scroll through for an update on the cast: