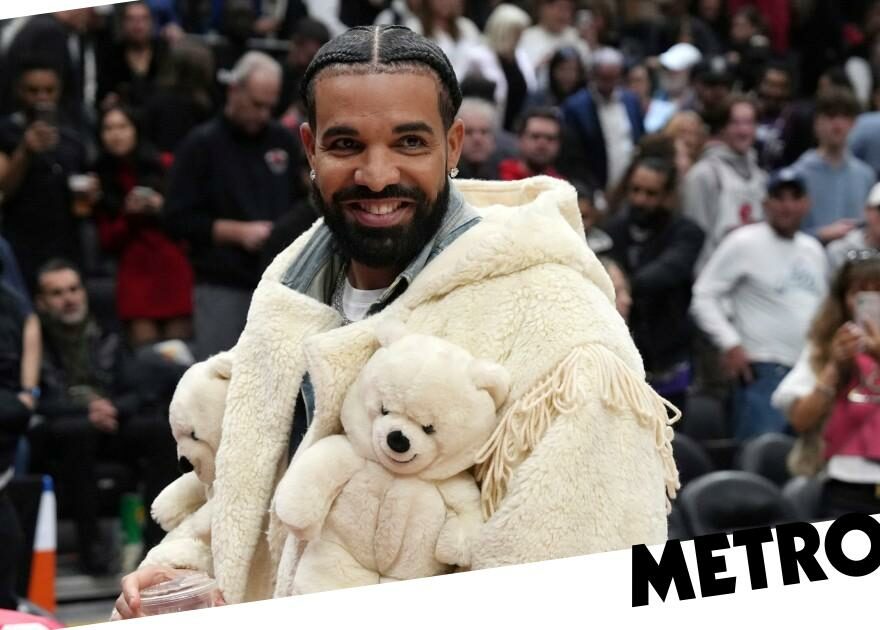 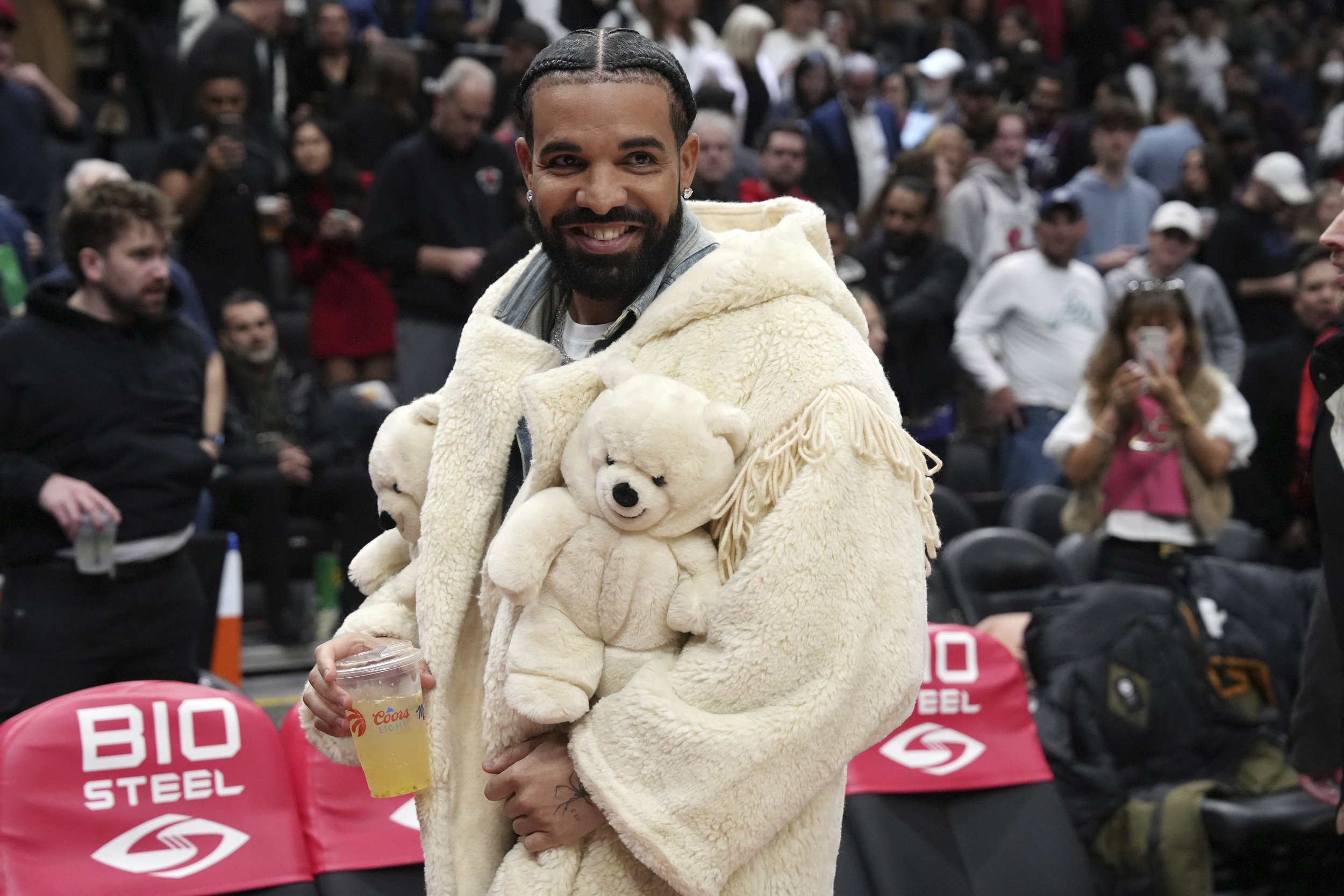 Drake stole the show at a recent NBA game as he took up his courtside seat in an over-sized teddy-bear adorned cream fur coat.

An ambassador for the Toronto Raptors, the God’s Plan rapper sported the cosy jacket, which featured two rather large and happy looking cuddly toys under each lapel, to the basketball game on Wednesday.

The 36-year-old musician paired his statement piece with a full Texas tuxedo – washed blue jeans and a baggy bomber to match, topping off the entire moment with plaited locks and white Timberland-esque workman’s boots.

Attracting attention from the other stuffed animal in the room, the teddy coat-clad performer giggled as the Toronto team’s mascot waddled over showing off an identical cream jacket that swapped out bears for baby raptors.

DJ Future The Prince joined Drake for the clash and let his friend hog the limelight as he opted for a more classic black shirt and trousers.

The One Dance singer took an opportunity to mingle in the arena and was seen chatting to American footballer Henoc Muamba who plays for the native Canadian’s hometown team the Toronto Argonauts.

Henoc brought along the Grey Cup to show the star and the pair marvelled over the huge trophy that landed in the lap of the Canadian Football League champion once again.

Drake’s furry front-row appearance came after the award-winning artist was accused of throwing shade at Taylor Swift over losing out to her Anti-Hero track for a number one spot.

Releasing his latest album that featured large collaborations with 21 Savage around the same time as the pop princess caused the hip hop icon to miss out on a chance to top charts.

The drama surrounded the number one tier which the No Guidance artist covered in emoji to hide Taylor’s new smash hit – he left the only other spot, 10, that featured an artist other than himself emoji free and in clear view.

Tracks from the album entitled Her Loss that the Canadian superstar worked on with American rapper 21 Savage landed in second place and dominated the remaining spots up until number eight on the respected chart table.

Not stopping there, the rapper’s solo song BackOutsideBoyz came in at number nine ahead of Sam Smith and Kim Petras with Unholy at 10.