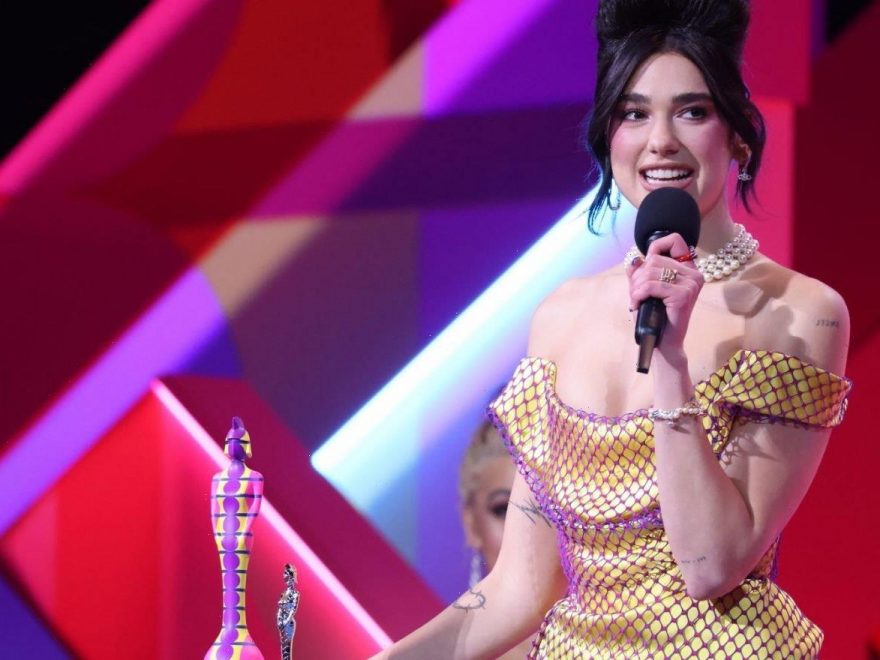 Much like Little Mix before her, Dua Lipa delivered a seriously powerful speech after winning Best Female Artist at the 2021 Brit Awards.

“I think this is such an incredible initiative, to give another part of your award to someone,” she said, referencing the girl band’s decision to dedicate their accolade to the female pop groups that came before them.

“And I’ve chosen that my Best British Female of the year is Dame Elizabeth Anionwu.”

As the audience at the O2 Arena erupted into applause at the mere mention of the British nurse’s name, Dua Lipa continued: “She has spent her stellar nursing career fighting racial injustice. She has also spent so much time, and is a strong, strong advocate, for protecting frontline workers.

“And she has also said that there’s a massive disparity between gratitude and respect for frontline workers, because it’s very good to clap for them, but we need to pay them.

“So let’s give them all a massive round of applause and give Boris a message: we all support a fair pay rise for our frontline.”

Watch the speech in full below:

Considering all that’s happened over the past year, it’s unsurprising that Dua Lipa’s show of love to the NHS has gone down an absolute storm on Twitter.

“THAT SPEECH!!!!! OH MY DAYS!” tweeted one viewer of the Brit Awards.

Elsewhere, someone tweeted: “Dua Lipa using her winning speech to advocate for NHS workers getting a pay rise is the thing I like to see.”

“Can I be more of a Dua Lipa fan after this speech? Well I am now! Give front line workers a raise #BRITs,” said another.

And one more said: “I’m not crying! @DuaLipa’s @BRITs speech was SO powerful.”