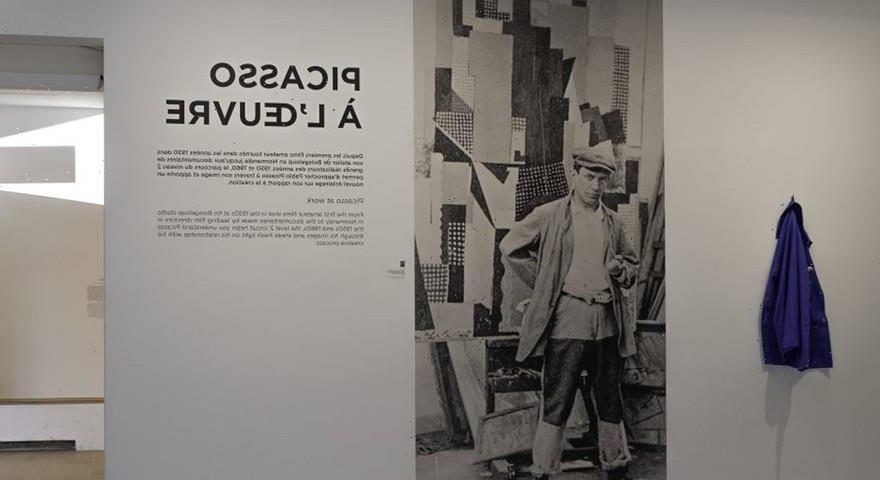 It’s one thing to touch art that you’re not supposed to. It’s an entirely different matter when you take that art home and alter its dimensions to your liking. That’s essentially what happened last month at the Musée Picasso in Paris where a 72-year-old woman stole a blue work jacket hanging on the wall and had the sleeves shortened to fit her.

The hanging jacket is actually an installation by Catalan artist Oriol Vilanova who created the work as part of his “Old Masters” series (2017–21), in which he filled the pockets of a range of unassuming blue jackets with postcards from an array of artistic legends.

Surveillance footage shows the senior citizen putting the jacket in her bag, prompting police to arrest her when she returned to the museum. According to Le Parisien, the woman stated that she wasn’t aware that the jacket was a work of art and was let go by the public prosecutor’s office under strict guardianship.

In an interview with Artnet News, Vilanova said he was surprised that the work was stolen, “but it was impossible to envisage the story that followed.” The Brussels-based artist’s Old Masters work uses the postcard as a platform to reflect on art in the age of mass reproduction.

Also happening in Paris, Umar Rashid presents the next chapter of the Frenglish Empire at Almine Rech.