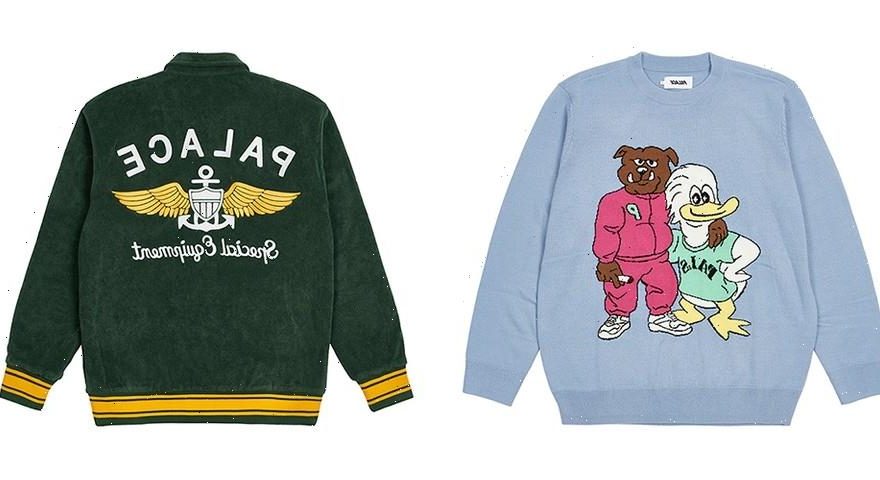 Palace is back with the latest installment of its Summer 2022 collection, following up last week’s inaugural release.The second drop from the collection introduces tongue-in-cheek knitwear, terry towelling matching sets and Palace-branded tees and tracksuits.

The stand-out item in this week’s drop is the Duck and Bull knit sweater, which arrives in beige, black or blue with a large front and reverse graphic. Another key theme is the terry towelling, which sees shirts and shorts arrive in navy, white, red and yellow as well as “Palace Equipment” jackets in green and navy. Rounding out the weekly drop are embossed Triferg T-shirts, zip-up hoodies with matching pants and Palace caps.

All of these pieces will be available from May 13 via Palace’s web store as well as its physical locations in New York, London and Los Angeles. There will then be a release in Japan and China a day later.