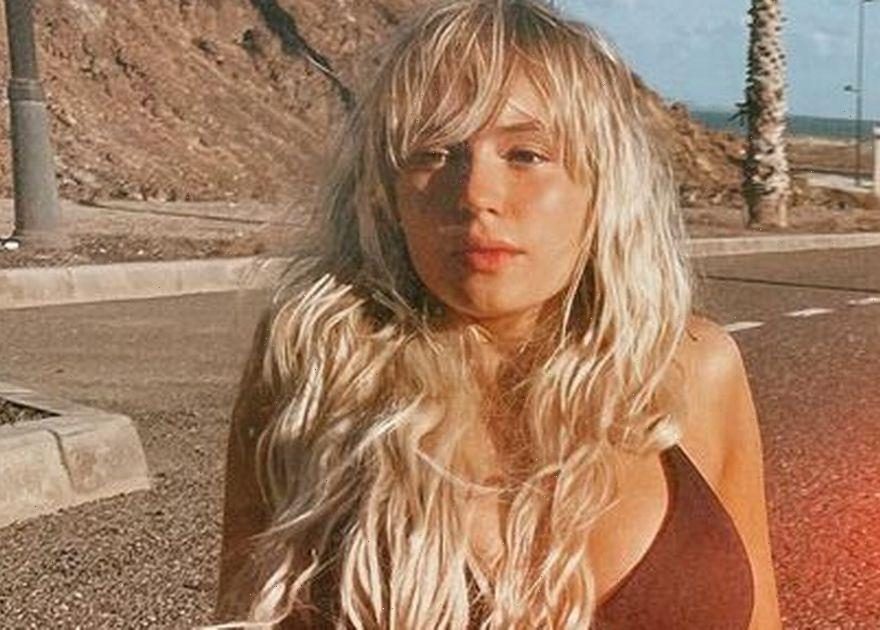 Lucie Donlan set pulses racing as she posed up a storm in her latest smoking hot social media display.

On Sunday (May 8), the former Love Island contestant, 24, treated her 1.7million followers to a steamy snap as she rocked a black string bikini while she soaked up the sun in the heart of California.

She layered a pair of bubble gum pink denim shorts over the top of her two piece as she showcased her washboard abs in the duo of sexy shots.

And it’s fair to say the surfer girl left her loyal legion of fans green with envy as she put her endless legs on full display while she casually posed with a skateboard in her had.

In the second shot, the model could be seen stretching out on a zebra crossing as she shared a close up of her outfit while she soaked up the LA sun.

It’s clear to see the blonde bombshell has caught the sun as her golden tan positively glowed against her pale pink shorts in the sun-drenched afternoon.

Lucie styled her peroxide blonde tresses into loose beachy waves after she took a dip in the ocean as she debuted her sweeping fringe for the first time.

The starlet opted for a subtle wash of makeup for the summery afternoon, as she added lashings of black mascara to accentuate her luscious long lashes as she showcased her clear skin.

She completed the look with a hint of pink lip balm and a pinch of blush on the apples of her cheeks as she made the most of her American holiday.

Lucie captioned the sexy snap: “Barefoot cruise… [shell emoji]” which she followed up with: “Sundays are for cruising” on her Instagram Story.

Her glamorous photoshoot was well received by her loyal legion of fans as the star was flooded with a wave of compliments on social media.

Another agreed: “Insane lady [heart eyes emoji]” as another branded her a “goddess”.

Meanwhile, one fan of the reality star gushed: “ABSOLUTELY gorgeous” as another added: “Wow! Its amazing! [orange heart and star emoji].”