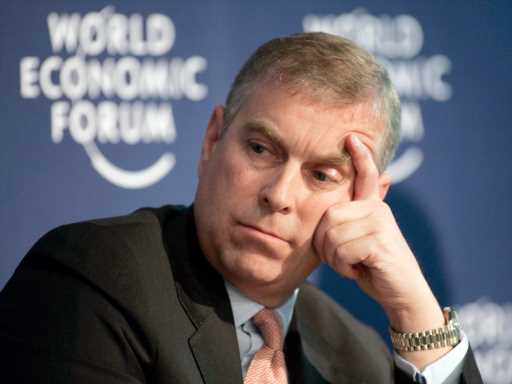 Virginia Giuffre’s civil lawsuit against Prince Andrew for sexual abuse under the Child Victims Act sent shock waves across the pond this week to the royal, who has been safely protected by the palace walls. The longtime Jeffrey Epstein accuser refuses to be silenced by any of the participants, who continue to maintain their innocence in the convicted pedophile’s sex trafficking ring. 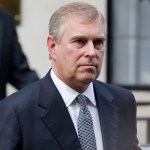 Many of these A-listers should have been held accountable the moment the photo of Prince Andrew, Epstein mastermind Ghislaine Maxwell and Giuffre emerged in 2011, but it would be a decade before the royal had to face the consequences. Vicky Ward, New York Times best-selling author and podcast host of Chasing Ghislaine: The Untold Story of the Woman in Epstein’s Shadow, exclusively told SheKnows that the release of the photo was the “beginning of the disastrous final chapter” for many of the power players in Epstein’s orbit.

For Maxwell, it shifted the entire course of her life because she had escaped from Epstein’s world after he pled guilty to procuring for prostitution a girl under age 18 in 2008. Maxwell began dating Gateway co-founder Ted Waitt, moved to the West Coast and started getting involved with former President Bill Clinton’s Clinton Global Initiative. Ward explained that her life took on a “completely different narrative on a completely different coast of America while Jeffrey Epstein was facing his problems.” But that Prince Andrew photo was a game-changer for Maxwell’s new life. “I think what’s so interesting is that the dynamite that blows up her escape and forces Jeffrey and her back into each other’s orbit is a very disastrous conclusion for them,” Ward shared. “It actually is Prince Andrew and that photo.” (See the photo here.)

But it wasn’t just Maxwell who was affected by the photographic evidence. “That photo marks the beginning of the end for Jeffrey, Ghislaine, and for Prince Andrew,” the author said. “Because around then in 2011, it emerged that Jeffrey Epstein had lent money to pay a staff member of Fergie’s. Then they had to come out and denounce Jeffrey Epstein.” Sarah Ferguson’s statement a decade ago sharing her deep regrets “that Jeffrey Epstein became involved in any way with me,” via The Telegraph, is hard to believe when she continues to confirm that she’s a “number one fan of the monarchy” in her recent press tour for her new book.

But thanks to Giuffre’s persistence in the case, she is hoping to prove that “the powerful and rich are not exempt from being held responsible for their actions,” per her statement to People this week. That photograph should have been the watershed moment in the Epstein case, but instead, it’s looking like justice is going to take a bit longer to be served.

Before you go, click here to find out which tell-all books expose major royal family secrets.