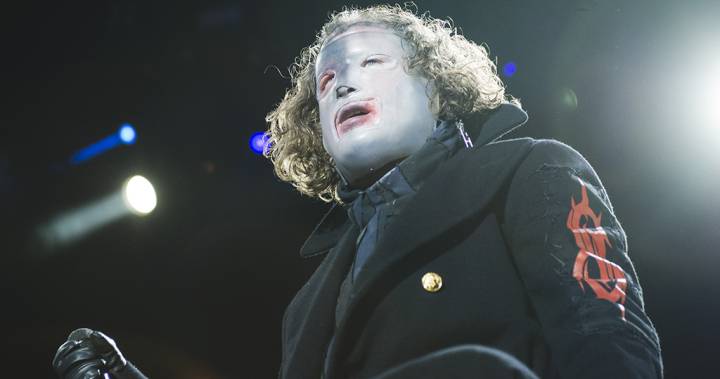 A 62-year-old heavy metal fan passed away after being injured at a Slipknot concert in Tinley Park, Ill., over the weekend.

The Cook County medical examiner’s office confirmed the death of fan Richard Valadez on Sunday, according to Billboard.

Though an autopsy has been completed, it has not yet been released. Multiple reports claim Valadez sustained injuries while participating in a mosh pit at the Hollywood Casino Amphitheatre.

Chinese rock fans slam into each other in a makeshift outdoor mosh pit during a performance at the Midi Music Festival in Beijing, Wednesday, May 3, 2006.

Anthony Mackey, who attended the concert, told Patch that Valadez was hit hard during Slipknot’s performance of Sulfur. Valadez reportedly fell out of the pit and onto a patch of grass.

“He seized as people were trying to help him up so we start calling for help,” said Mackey.

“Everyone was jumping around the mosh pit having a good time, just being friendly, roughhousing dorks, as usual for metal concerts,” Mackey said of the general atmosphere of the show.

Another concert attendee, Brittany Ruel-Curtis, felt the venue could have had better safety measures in place.

“They definitely should have handled things better,” she said.

“More emergency presence, for one, and a better way for people to alert that they need help.”

Mackey added: “Overall, the whole venue just screwed the pooch on the entire thing. No communication. No preparation. Nothing.”

Billboard has reported that a representative from the medical examiner’s office says Valadez’s cause of death is currently pending further testing.

Global News has reached out to a Warner Music Group (WMG) representative for further comment. Slipknot’s label, Roadrunner Records, is a subsidiary of WMG.

This is the second reported incident in less than a month in which a Slipknot concert has allegedly become violent.

In late July, during a concert in San Bernardino, Calif., frontman Corey Taylor was reportedly forced to stop the show after the crowd became too rowdy.

According to Exclaim, fans were being trampled and suffered seizures in the mosh pit. In an attempt to make room on the floor for paramedics, Taylor repeatedly demanded that the crowd “back the f–k up.”

“No one is f–king getting hurt on my f–king watch,” Taylor yelled to the crowd. “Do you understand me? Back the f–k up!”

As of this writing, the Duality headbangers are in the midst of their extensive Knotfest Roadshow tour.

They will play in Toronto on Tuesday, Aug. 20, with Volbeat, Gojira and Behemoth.

Tickets and additional information can be found through the official Slipknot website.

** All Canadian dates are bolded **