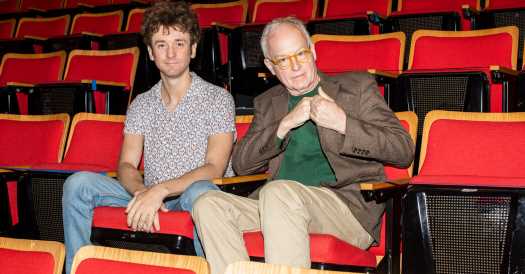 In his Instagram profile, Ephraim Birney describes himself as “the black sheep out of work actor in a family of black sheep working actors.” Born and raised in New York, the 24-year-old actor is the elder child of Reed Birney (a Tony winner in 2016 for his performance in “The Humans”) and Constance Shulman (“Doug,” “Orange Is the New Black”). His little sister, Gus Birney, has appeared in the TV series “The Mist” and “Dickinson.” Ephraim Birney has booked jobs, too — “Gotham,” “The Americans” — but not quite as many.

But Ephraim Birney, who was seated next to his father in the kitchen of their summer home in the Catskills, is working now. On Friday, the father-son actors begin performances indoors (indoors!) of “Chester Bailey,” Joseph Dougherty’s heart-raking two-hander at Barrington Stage Company in Pittsfield, Mass. (The show, running through July 3, is being advertised as this summer’s first indoor theater event in the Berkshires approved by the Actors’ Equity Association.) Ephraim Birney stars as the title character, a Navy Yard worker who suffers a devastating injury in 1940s Brooklyn, and his father plays the doctor assigned to his care. The drama explores illusion, reality and the comfort imagination can provide.

“As sad as this play is, and it is deeply sad,” Reed Birney, 66, said, “there’s something so beautiful about how these two men have affected each other.”

The Birneys first took on these roles two years ago, for the Contemporary American Theater Festival in West Virginia. After a long pandemic-prompted break, spent mostly swimming and gardening at their upstate house, they have returned to them, with the same director, Ron Lagomarsino. During our hourlong call, the Birneys spoke about the vagaries of the business, learning to treat each other as colleagues and getting back to theater, together. These are edited excerpts from the conversation.

For “Chester Bailey,” were you recruited as father and son?

EPHRAIM BIRNEY No, it was a thing that I had auditioned for, on my own.

REED BIRNEY I knew Ron Lagomarsino, the director, because I’d done “Hay Fever” with him in 1982 at the Kenyon Festival Theater. We’d stayed friends. So I wrote Ron, and I said, “My boy’s coming in for your show.” Suddenly I got an offer. I was not really interested in doing a play again for a while. But then I thought, if I say no to working with Ephraim, I will regret it for the rest of my life.

EPHRAIM And you’ve regretted it ever since.

When you started rehearsing the play in 2019, what was it like to encounter each other as co-stars?

REED We were both nervous about that. But we both were really impressed at how very quickly we became colleagues.

EPHRAIM It’s like your second home, a rehearsal room. It’s what you’ve always said. And it feels very, very cool that I get to play in that same room.

REED One of the last days we were in West Virginia, we were driving back from the theater. And he said to me, “Thank you for treating me as an equal.” He’s so beautiful in the play. It’s really something to see. It’s a beautiful, beautiful performance, really simple and heartbreaking.

Reed, when did you know you wanted to be an actor?

REED I was about 5. I remember saying to a group of grown-ups that I wanted to be an actor. They all laughed nervously and exchanged looks like, oh dear, oh dear. There might have been a week where I wanted to be a fireman. But the rest of the time, it was an actor.

EPHRAIM I’m still looking forward to being a fireman.

When you knew that Ephraim wanted to be an actor, did you ever try to talk him out of it?

REED Not ever. Because everybody had tried to do that to me. Anybody who wants to do it should try it. They’ll figure it out on their own. If there comes a point where they say, “Oh, this isn’t for me,” I don’t think there’s any shame in leaving. But I also know it’s one of the greatest professions in the world. Ephraim and Gus, they were always aware of the times when you don’t work or you lose a part or you get a bad review. Certainly, they saw that stuff. But I think they also saw how fantastic the community is.

EPHRAIM When I started expressing interest in acting, you said, “Well, don’t you see how miserable I am?” And I said, “But I see that you’re still doing it, despite being so miserable.” 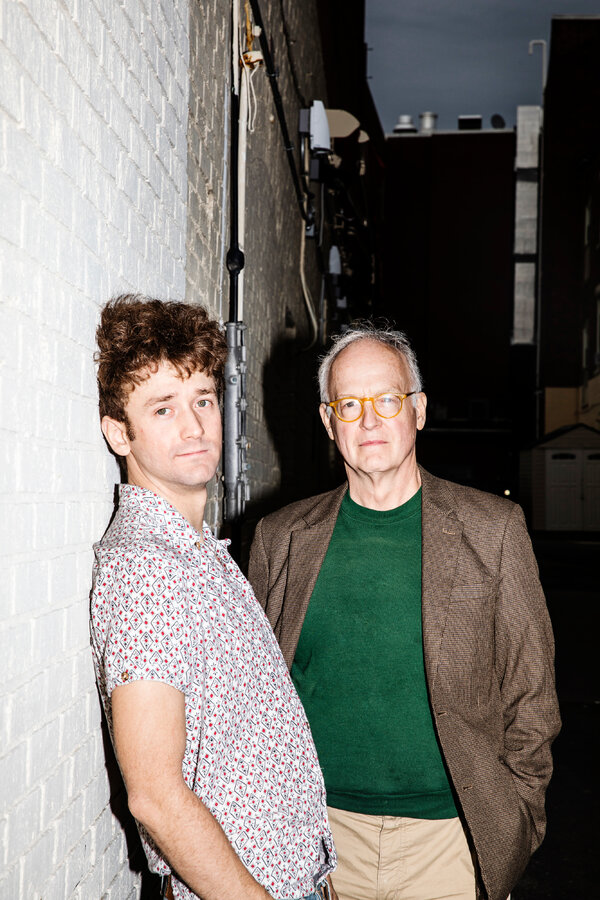 Did you try to give Ephraim any advice?

REED Even now, I haven’t gotten that television series that suddenly takes me over the brink. So it’s an ongoing thing. If my career is an example, it’s a long ride. You have to keep your eye on the prize.

EPHRAIM I remember getting [an audition] for that Hugh Jackman movie with the robots, “Real Steel.” I remember coming to you, and I was like, “I don’t think there’s a world where I get this. How do I even attempt to try?” And I remember you saying, “Because that’s the job, and one of those times, it’ll be your turn.

Were there parts your dad played that really stood out for you?

REED Most of the plays I did when they were little, they couldn’t come see. They never saw “Blasted” [a famously upsetting play by the English playwright Sarah Kane that involves nudity, rape and cannibalism]. Connie saw it and told them all about it. When I came home from the theater, our daughter said, “Do we see your heinie in that play?”

What is it like going back to “Chester Bailey”?

REED Once we were finally back, I was like, “Oh, this feels incredibly familiar.” But I also am very aware that because the world has changed so much, the resonance of the play has changed, too, and the need for imagination and the need for the arts and the need for human contact, those things are much more profound in the production than they were before.

“Chester Bailey” involves a physical altercation. What’s that like to perform?

EPHRAIM That’s just a regular Tuesday for us!

REED I don’t think Ephraim and I have ever had a fight. So it’s really interesting to suddenly be in the middle of one. That’s one of the things that acting does — it takes you places you don’t usually go. He’s pretty good at it, too. I wouldn’t want to get in a fight with him.

What do Connie and Gus think of the play?

EPHRAIM They love it. They really do. Mom is not someone who will pretend to like something.

REED Yeah, Mom is a tough critic. And Gus couldn’t stop crying. There were a lot of tears.

Is there a play the whole family could do together?

REED People weirdly say, “You guys should do ‘Who’s Afraid of Virginia Woolf?’” That would be incredibly weird. That’s kind of gross.

EPHRAIM People forget what that play’s about. We could do a fun version of “Long Day’s Journey Into Night.” But I don’t think anyone wants to see us to do that.

REED I don’t think the play has been written, honestly.