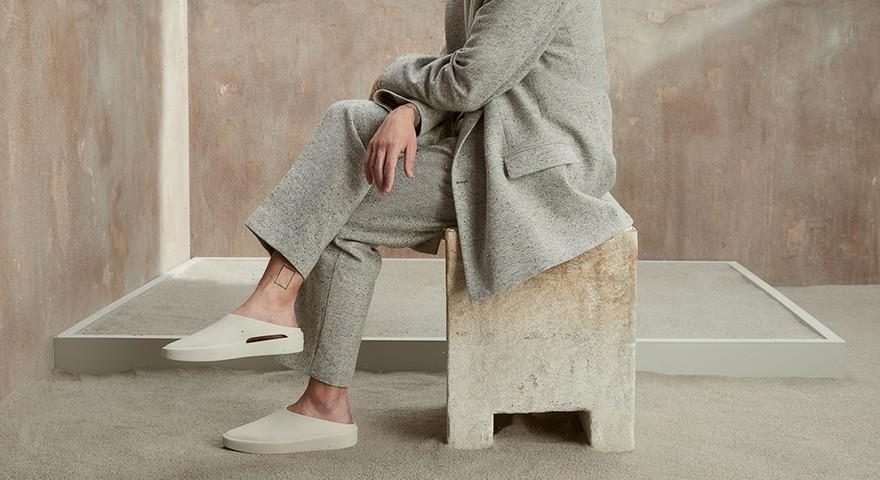 A few months removed from unveiling his Summer suit-focused Seventh Collection, Jerry Lorenzo and his Fear of God label are extending its footwear catalog with a new sleek slip-on model: The California. The silhouette was first spotted on the soles of the luxury designer himself back in April 2021, but the LA-based imprint has now officially announced its debut.

The backless, hand-sculpted mule is manufactured in Italy and was inspired by the lifestyles and environments of the west coast state from which it gains its namesake. Closed-cell foam makes up its build, and it comes developed entirely from patented XL EXTRALIGHT® Technology. The extra clean lifestyle-ready offering bears a mostly seamless look from front to back, but features a small air vent slit on the medial sides and raised outsoles for traction. Monochromatic “Oat”, “Almond”, “Concrete” and “Cement” are included in its debut launch, all of which will be available in men’s, women’s and kid’s sizes.

Parties who are interested in purchasing can do so come July 9 through the Fear of God website along with select retailers like Nordstrom, Selfridges and more. Retail price will range between $145 to $195 USD.