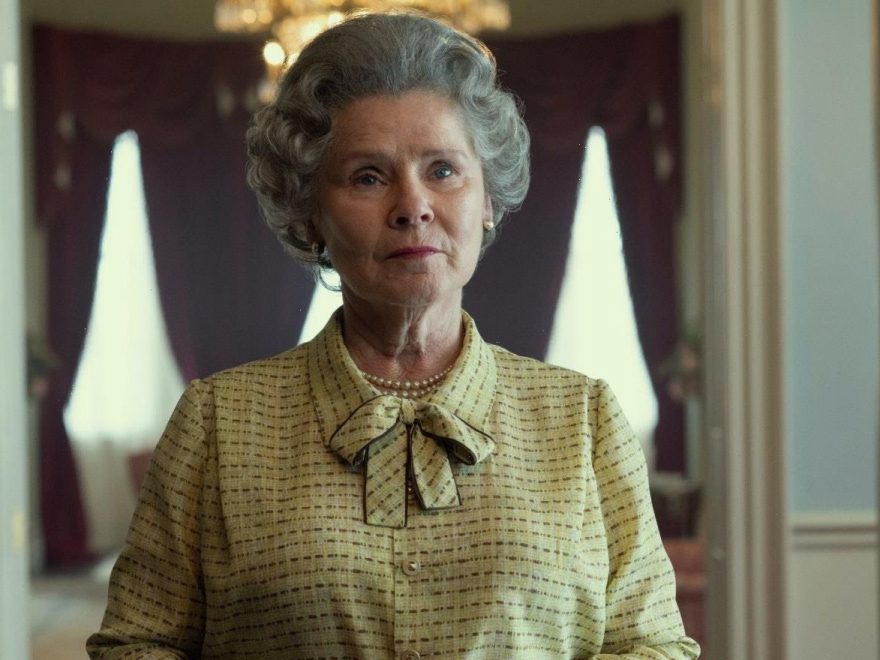 That’s right, folks: The Crown season five has officially started filming. Here’s everything we know about the new season of the hit Netflix show so far.

Filming on the fifth season of Netflix’s The Crown is finally underway – and we’ve got our first look at Imelda Staunton in her new role as Queen Elizabeth II.

At the end of last week, The Crown’s official Twitter account shared an image of the actor in her new role, which she is taking over from Olivia Colman.

And now, Staunton and a whole host of other cast members – including Andrew Havill, whose role on the show has yet to be announced – have been pictured filming onboard a royal boat in Macduff, Scotland. It’s all very exciting, isn’t it?

Although we don’t have much more to share about The Crown season five just yet, we do know several key details about what to expect from the upcoming series. Keep reading to check out everything we know so far.

Who will star in The Crown season five?

Season five marks the arrival of a new ensemble cast – and the names which have been announced so far do not disappoint.

To start, Imelda Staunton will be taking over the role of Queen Elizabeth II from Olivia Colman.

In a statement posted on Twitter when her casting was first announced, the award-winning actor said she felt “honoured” to take over the role and bring the series to its conclusion.

“I have loved watching The Crown from the very start,” she said. “As an actor it was a joy to see how both Claire Foy and Olivia Colman brought something special and unique to Peter Morgan’s scripts.”

Elizabeth Debicki has also been confirmed to be taking over the role of Princess Diana from Emma Corrin, but that doesn’t mean we’ll be waving goodbye to the latter for good.

After her award-winning portrayal of Princess Diana in the last season, it’s been reported that The Crown’s creators are looking at ways to bring Corrin back to the show for the next season through flashbacks to the icon’s younger years – although we’ll have to wait and see whether this is actually the case when the show hits our screens.

What will The Crown season five be about?

Although it was once believed that The Crown season five would be the show’s last season, we now know the show’s team are working on a season six, which will take the story up to the early 2000s, as per Deadline.

With this in mind, it’s possible that season five could either end on Princess Diana and Prince Charles’ divorce (which was finalised in 1996), or with Princess Diana’s death in 1997, leaving the fallout of the tragedy to be explored in season six.

Other events which are likely to be included are the events of 1992, which the Queen herself described as an “annus horribilis”.

Not only did this year mark the start of Princess Diana and Prince Charles’ separation and the publication of the former’s book Diana: Her True Story, but it also saw the separation of Prince Andrew and Sarah Ferguson, a fire at Windsor Castle and the finalisation of Princess Anne’s divorce from Mark Phillips.

When will The Crown season five arrive on Netflix?

Nothing has been confirmed yet, but the pattern between previous seasons might give us a clue as to when we can expect the show’s conclusion.

When the cast last changed (between seasons two and three), the wait was about two years – so with season four’s release at the end of 2020, and season five not starting filming until July, it’s likely we won’t see anything hit our screens until 2022.