LONDON — A group that runs raves for gay, transgender and queer people of color, and an association of artists with neurological conditions, are among five art collectives shortlisted for this year’s Turner Prize.

It is the first time the shortlist for the British art prize has been made up entirely of group entries, without a single painter, photographer or filmmaker in the running. The nominees were announced on Friday.

Cooking Sections, a pair of activists whose work examines the role of food in people’s lives, are perhaps the most prominent name on the shortlist. They have held an exhibition at Tate Britain, in London, and showed work at this year’s Shanghai Biennial and at the 2018 Manifesta biennial, in Palermo, Italy. 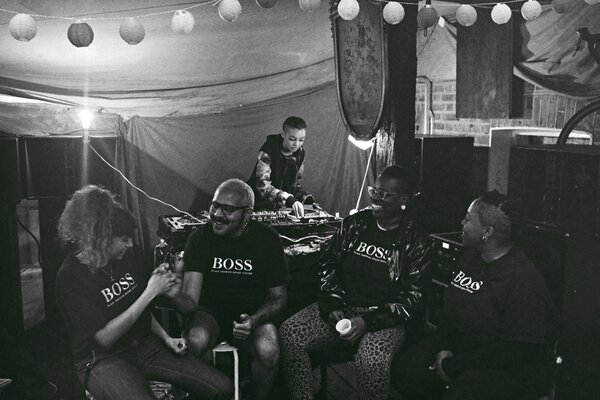 Array Collective, a group of Northern Irish artists who design costumes, props and banners and take part in protests, such as recent rallies over the decriminalization of abortion in the territory

Gentle/Radical, a group from Wales that aims to bring art to the doors of poor households in the city of Cardiff

Project Art Works, an art space in Hastings, in southern England, where “neurodiverse” people, such as those with autism, can make art. Its associated collective will present work in the next edition of Documenta, a huge international art exhibition held in Kassel, Germany, every five years. Another collective, called ruangrupa, from Indonesia, is curating that show, which is set to take place in 2022.

The closing of galleries in Britain throughout the past year influenced the shortlist, said Alex Farquharson, the director of Tate Britain and chair of the prize’s judges, in a telephone interview. “Clearly, there was so little to see with the lockdowns,” he said.

Because of that, “the jurors took the opportunity to think about art practices that are long-term, and really about a locality, rather than art which can be moved,” he added. Those judges were also drawn to politically and socially engaged art, which was often about representing minority groups, Farquharson added.

The 2021 winner will not be the first agenda-driven collective to take the prize. In 2015, Assemble, an architecture and design group, triumphed with a project that refurbished derelict houses in a working-class neighborhood of Liverpool, England. In 2019, the four shortlisted artists — who included Oscar Murillo, the Colombian-born artist once hailed as “the new Basquiat” — refused to be judged against one another, and formed a temporary syndicate so they could share the prize between them.

Some British critics have accused the Turner Prize of concentrating on politics over aesthetics in recent years. Waldemar Januszczak, an art critic for The Sunday Times of London, wrote on Twitter that the 2021 selection showed “what a trend-hungry and undemocratic fix the whole thing has become.”

An exhibition of work by the five shortlisted collectives will be held at the Herbert Art Gallery and Museum in Coventry, England, from Sep. 29 to Jan 12. The winner will be announced on Dec. 1 at a ceremony in Coventry.