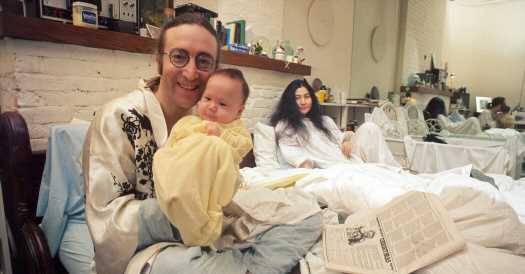 Could there possibly be an upside to the long, stressful periods of isolation that so many people have endured during the pandemic lockdown of 2020? When we emerge, will we see the world in a new way? Could there even be a silver lining to these months of quiet living and self-reflection?

Four decades ago, I heard firsthand how a long period of solitude changed an extraordinary figure who was determined to make his life have meaning: John Lennon, who is being mourned by millions on Tuesday, the 40th anniversary of his murder.

There was no pandemic in late 1975 when Lennon and Yoko Ono, the most public of personalities, withdrew for what became a five-year hiatus from interviews and recording following the birth of their son, Sean. But for Lennon there was plenty of existential angst, and actual fear.

He was living in New York City, still seeking a green card and fighting deportation. Though the Beatles had stopped making music, it would take years to dissolve legal ties, and the band’s shadow enveloped his life. Collections of classic Beatles songs were recycling the Fab Four’s greatest hits, leaving Lennon to worry if he could ever live up to the public demand that the Dream Band reunite. Paul McCartney soared up the charts with Wings, but Lennon hadn’t had a No. 1 album since “Walls and Bridges” in 1974, with Elton John’s assist on “Whatever Gets You Thru the Night.”

It was time for him to start over. He would later tell me that musically, his mind was cluttered, filled with static like a car radio. “The messages were as confused coming in as they were going out.”

In early 1976, he and Yoko went into a self-imposed lockdown. His movements weren’t limited, and his finances were secure, but he shut off the outside world to find his purpose again.

During those years, while Ono took over the business and dealt with the lawyers from her downstairs office at the Dakota, where they lived on the Upper West Side, Lennon was the ultimate homebody. Staff in the apartment on the seventh floor recall hearing him happily playing the white piano in the couple’s all-white living room overlooking Central Park, and singing Beatles songs, one after the other.

He was shaping his days around Sean, he said: up at 6 a.m., “have a cup of tea — no caffeine — and plan what Sean’s going to have for breakfast, and he comes out, we communicate, and then I’m thinking about the next meal, like Mrs. Higgins, in Wisconsin,” he said. 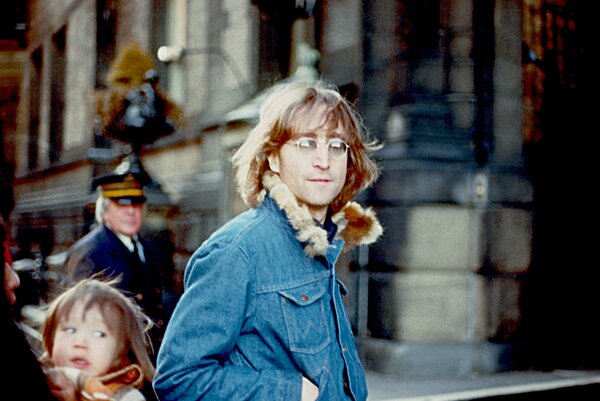 His epiphany came in 1979 after Ono suggested he take a journey alone to Hong Kong and Singapore, to reconnect to the non-god — the person he had been and not the celebrity he became. As he explained, the isolation not only inspired a breakthrough as an artist, but as a human being.

And in September 1980, as abruptly as it had begun, the pair ended their seclusion, returning to the studio to record a collaborative album. They granted me their first interview in five years, for Newsweek magazine, where I was a young pop music writer. (Ono asked for my birth date and said I checked out, numerologically.) “Double Fantasy” was full of Lennon’s vulnerable love songs (written to his wife and son) and Ono’s au courant dance rock.

“Hi, I’m Howard Garbo, or is it Greta Hughes today, mother?” Lennon quipped when Ono introduced us at the Hit Factory two months before his 40th birthday. He held out a plate of sushi in greeting. Over five days, munching eel and rice in the recording studio (where a picture of Sean’s beaming smile was ever-present), sipping “Zen-blended” coffee in a macrobiotic restaurant near Carnegie Hall, or sitting in the all-white Dakota living room, he talked about creativity, being a father, his collaborative album with Yoko, and being free of the Beatles — “the four guys that used to be that group but can never, ever be that group again, even if they wanted to be.”

“The air is cleared and I’m cleared,” he said. These are edited excerpts from the conversations, some of which appeared in “Strawberry Fields Forever: John Lennon Remembered” (1980, Bantam Books).

Why did you pull in your antennae and disappear from view for five years?

Sean will be 5 and I wanted to give five solid years of being there all the time. I hadn't seen my first son, Julian, grow up and now there’s a 17-year-old man on the phone talkin’ about motorbikes. I was not there for his childhood at all. I was on tour. And my childhood was something else. If I don’t give him attention from zero to 5 then I’m damned well going to have to give it from 16 to 20 — they’re going to get that attention somehow.

He’s not an independent thing yet, but I let him come to [the studio] where I work. He’ll be part of that too if he wants.

Did you decide to withdraw from music-making itself or from the pressures of being John Lennon? The lawsuits, the immigration problems —

A bit of both. I’d been under contract since I was 22, and I was always “supposed to.” I was supposed to write 100 songs by Friday, supposed to have a single out by Saturday. It dawned on me that the reason I became an artist was freedom; because I couldn’t fit into the classroom, the college, the society. But suddenly I was obliged to a record company, obliged to the media, obliged to the public, obliged to go to court every time some [expletive] bumped into me on the street. I know freedom is in the mind but I couldn’t clear my mind. So it was time to regroup.

You’ve withdrawn before, and isolated yourself?

Once in the Himalayas with Maharishi and all the press wrote about was “look at those idiots.” But I was sitting still, as they call it in the I-Ching. Once when the Beatles got back from Hamburg, when we got deported, I didn’t contact the others for a month. I withdrew to think whether this was worth going on with. George and Paul were mad at me. But knowing when to stop is survival for me.

The fear in the music business is that you don’t exist if you’re not on the charts.

I just wanted to remember that I existed at all!

At first it was very hard not to be doing something musical. It was a matter of no clarity and no desire to do it because I was supposed to. The real music comes to me, the music of the spheres, the music that surpasses understanding, comes to me and I’m just a channel. But in order to get that clear channel open again, I had to stop picking up every radio station in the world, in the universe. So my turning away for it is how I began to heal again.

[Snappishly] Picasso didn’t go to the museums. He was either painting, or eating or [having sex]. Picasso lived where he lived and people came to see him. That’s what I did. Did Picasso go down to some studio to watch people paint?

The only person I ever went to see in London during the “Swinging Sixties” era was Jimi Hendrix and Bob Dylan at the Isle of Wight. I was too busy doing it to be watching other people. The competition doesn’t interest me unless it’s phenomenal and then it will be around longer than one night in a club. All the performers I ever saw, from Little Richard to Jerry Lee Lewis, I was always disappointed. I preferred the record.

For years the music industry had made you feel that your creative life had ended with the Beatles. Did that make you afraid to take risks?

The actual moment when I remembered who I was, completely, not in glimpses, I was in a room in Hong Kong because Yoko had sent me on a trip round the world by myself, and I hadn’t done anything by myself since I was 20! I didn’t know how to call for room service, check into a hotel — if anybody reads this, they think, those [expletive] artists, or those bloody pop stars, and they don’t understand the pain of being a freak.

What do you mean Yoko “sent” you?

Sounds like about as much fun as an anxiety attack.

I had to isolate, using Being Famous as an immense excuse for never facing anything. Because I was Famous, therefore I can’t go to the movies. I can’t go to the theater. But then sitting in this [hotel] room, taking baths, which I noticed Yoko did, every time I got nervous — I must have had about 40 baths — I’m looking out over the Hong Kong Bay, and there’s something ringing a bell. It’s like, what is it? And then I just got very, very relaxed. And it was like a recognition: this is me! This relaxed person is me! I remember this guy from way, way back. I know who I am — it doesn’t rely on any outside agency, or adulation, or achievement, or hit record. It’s absolutely irrelevant whether the teacher loves me, hates me, I’m still me. He knows how to do things, he knows how to get around. Wow! So I called Yoko and I said, “It’s me.”

Did you enjoy the aloneness?

I loved it. There’s a difference between being alone and being lonely. That’s what I learned in the last five years. I rediscovered [in Hong Kong], the feeling I used to have as a youngster, walking in the mountains of Scotland with an auntie. You know, you’re walking [gestures fast] and the ground starts going beneath you, and the heather, and the clouds moving above you, and you think, Ah, this is the feeling they’re always talking about, the one that makes you paint or put it into poetry because you can’t describe it any other way. I recognized that that feeling had been with me all my life. The feeling was with me before the Beatles.

So this period was to re-establish me, as me, for myself. That’s why I’m free of the Beatles. Because I took time to free myself, mentally, from it, and look at what it is. And now I know. So here I am, right? It’s beautiful, you know. It’s just like walking those hills.