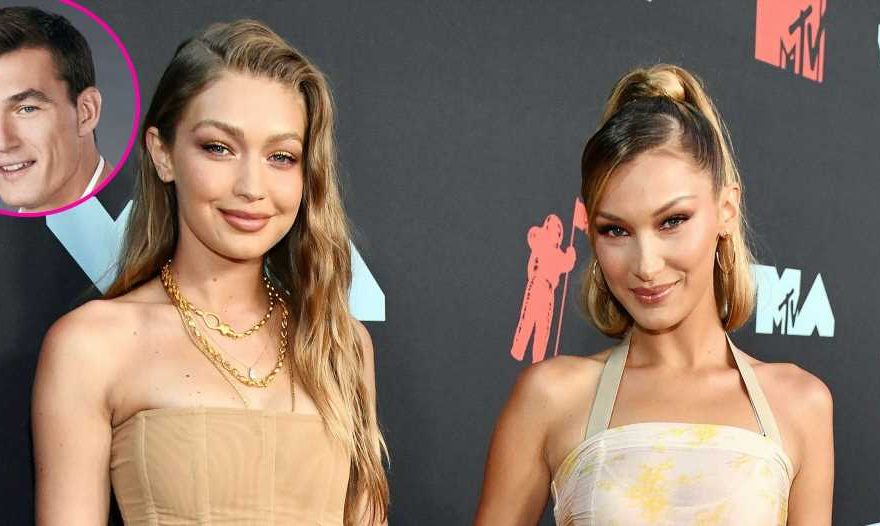 Taking the next steps. When Gigi Hadid hit New Jersey’s Prudential Center for the 2019 MTV Video Music Awards, she brought her sister, Bella Hadid — and not her new beau, Tyler Cameron.

The siblings rocked coordinating nude-colored outfits, with Gigi, 24, wearing a strapless corset and metallic pants and Bella, 22, donning a two-piece dress with straps.

There were rumors that Gigi planned to attend with Cameron, 26, after the seating chart revealed an empty seat next to her in the second row of New Jersey’s Prudential Center. However, he was not spotted inside. Instead, the Victoria’s Secret stunner danced with Adriana Lima during Taylor Swift’s opening performance.

Gigi’s appearance at the MTV event comes after she and the Bachelorette alum grabbed dinner at New York’s La Esquina restaurant with her pal Serena Williams on August 20. Days before this, the reality TV star traveled with Gigi to upstate New York for a weekend getaway on August 16.

They also made an appearance at Justin Theroux’s New York City bar, Ray’s, on August 13.

In recent weeks, the pair have been spotted together on numerous occasions. Their first outing occurred on August 4, when they hit up the members-only club Dumbo House in Brooklyn. The date was followed by a hangout session with Gigi and her pals at Frames Bowling Lounge in New York City.

“Tyler and Gigi looked flirty the entire night,” a source told Us Weekly of the couple’s second date. “And they were clearly focused on one another.”

Cameron and Gigi’s first set of outings occurred days after the Florida native’s overnighter with former Bachelorette star Hannah Brown on August 1. At the time, an insider confirmed to Us that he “went to her house and stayed there and left in the morning.”

After Brown revealed that she broke off her engagement with Jed Wyatt in The Bachelorette’s two-night finale in July, she came face-to-face with Cameron for the first time since she ended their relationship. The upcoming Dancing With the Stars cast member chose to make a “bold” gesture by asking her former flame to “go for drinks,” to which he agreed.

Though Brown didn’t win Cameron in the end, she admitted that she is not bothered by his newfound romance with the supermodel.

“Single life is great. I’m keeping my options open,” the Alabama native exclusively told Us exclusively during the Television Critics’ Association’s summer press tour on August 5. “[I’m] more so focused on filling my cup as a single woman and my opportunities moving forward, and that doesn’t mean with a man.”

Scroll down to see more photos of the Hadid sisters at the VMAs!