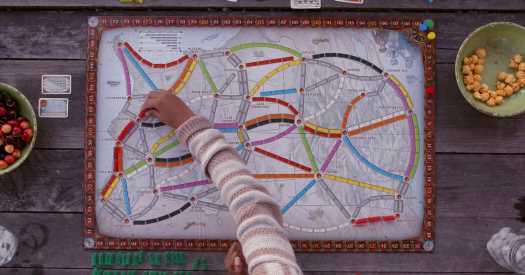 With the family together for the holiday, you might be looking for tabletop games that will delight kids and grown-ups alike. Here are a few you can all play together. 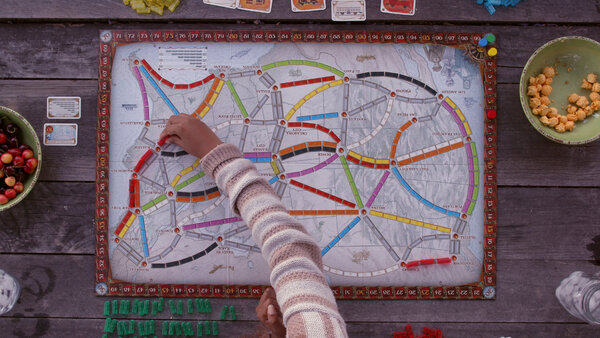 Monopoly takes forever. Candy Land is dull, Chutes and Ladders preachy, the Game of Life troubling in its implications. So even as parents scramble for offscreen entertainment over the holidays, the prospect of a family game night may drive them to despair.

Some good news: We are living through a 24-karat golden age of tabletop games, an amusement Renaissance that sees thousands of board games published every year, in a dizzying array of story, strategy and design. How to pick a game that will delight the youngest players without boring older ones silly?

“You need a game that’s going to appeal to everybody. And that’s not easy,” said Erik Arneson, the author of “How to Host a Game Night.” But it’s not impossible, either. Most children tend to pick up games pretty quickly. Starting with basic versions can prepare them for more complicated ones. At first, set the bar for entertainment low: Everyone plays, no one cries. Then work up to something more absorbing.

If your group includes sore losers and bad winners, try cooperative games, in which everyone plays against the game itself. Or opt for team-based play, in which stronger players can help weaker ones. Games with an element of randomness can help, the game designer Nick Fortugno suggested. “A game that has a lot of card draws from a deck or a lot of dice rolls tends to be a little more forgiving,” he said, because a win rests on luck rather than skill.

Here are a few suggestions, encompassing a variety of approaches and mechanics, to get the dice rolling: 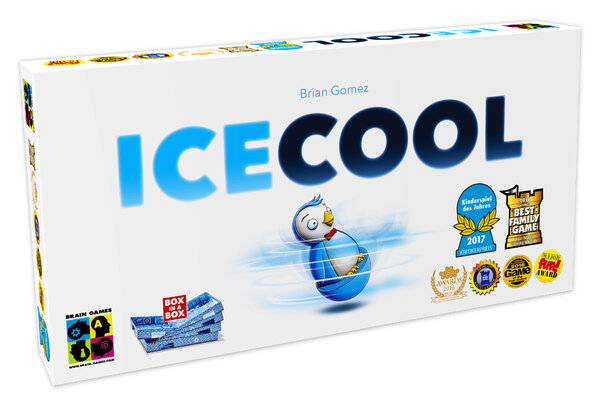 A game straightforward enough for the kindergarten-set that will keep adults immersed, too, ICECOOL casts players as class-cutting penguins. Players take turns flicking bobble-headed pieces around the board, trying to catch fish, while a no-fun hall monitor tries to catch them. “It’s a game of manual dexterity and muscle memory,” said Jon Freeman, the owner of the Brooklyn Strategist, a game shop and after-school program. “And who doesn’t like flicking penguins?”

A perfect introduction to the style of strategy game prominent in Europe since the 1980s, Ticket to Ride has players build routes across various cities, countries, continents and eras, depending on the edition you select. (There’s also Rails and Sails, which includes oceans.) The mechanics are simple and the design — those little train cars! — is appealing. For younger players, start with Ticket to Ride First Journey, an easier version that chugs along briskly and also teaches some basic geography. It adapts beautifully to team play.

In this cooperative game, with exquisite design and a climate-change underpinning, players race against the game, saving precious artifacts as an island sinks into the sea. Will you make it to your helicopter in time? “It’s very exciting,” Mr. Arneson said. Play isn’t too complicated and players can help one another as they race against the water level. Another plus: You can rig the game for harder or easier play. If you can’t stop saving artifacts, its maker has also released Forbidden Desert and Forbidden Sky.

Legacy games are games that transform as you play them, adding new rules and variations depending on your record of wins and losses. A terrific example is this cooperative game, in which students try to safeguard their school from marauding zombie teachers. The graphics are cheeky, the strategy simple and fiendish and it’s exhilarating to tear into the game’s envelopes and discover new rules. Older children and adults with stronger stomachs can try the best-selling legacy game, Pandemic Legacy.

Card games have a lot of advantages. They are tidy, inexpensive, relatively effortless to learn and easy to store. But if you find gin, hearts, poker or bridge insufficiently adorable, try Sushi Go! Players score points by matching varieties of ridiculously cute sushi bites. Mr. Fortugno described it as a great game for both amateur and experienced players. “It scales very nicely between ‘I’m just messing around, having a good time’ and ‘I’m really playing,’” he said.

Families that love puzzle-solving and code-cracking will enjoy the Exit series, though they may want options on the easier end of the spectrum like The Mysterious Museum or The House of Riddles. A downside: There’s no replay value as you will destroy certain components during play. Families with younger children might try the Charlotte Holmes Adventure Box, a delightful puzzle box with accompanying videos, games and a tutorial for morris dancing.

If you would rather not buy any board game at all, try pen and paper games, designed or easily adapted for team play. Charades is an enduring classic and you can hack Pictionary in a snap. There’s also Celebrity, in which players pick slips of paper inscribed with the names of the famous from a bowl and then attempt to describe them in just a few words for their teammates. Is Peppa Pig a celebrity? Ask the younger members of your household.