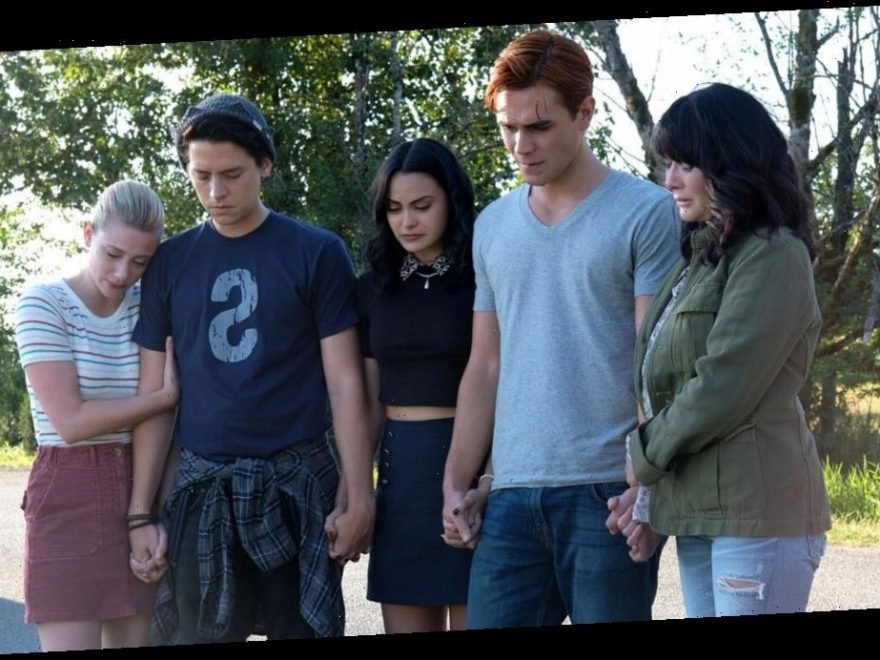 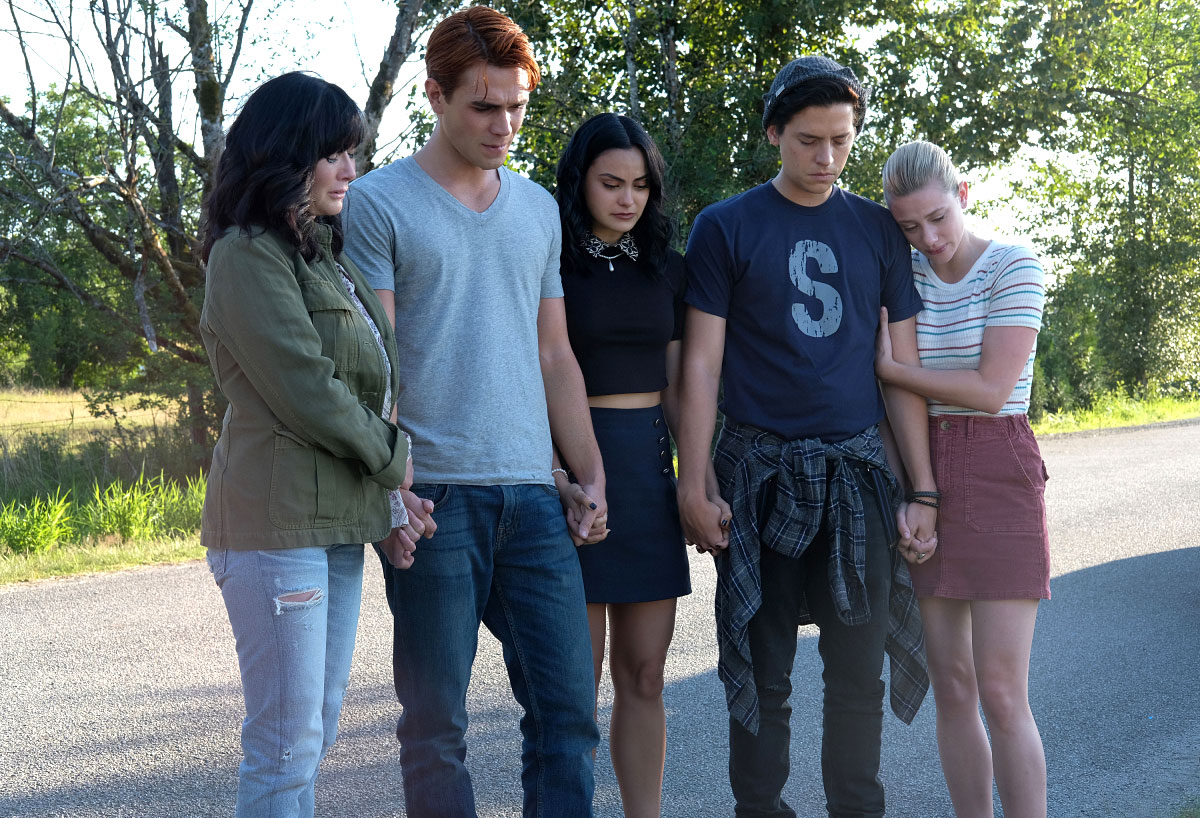 Goodbye is never easy. Riverdale’s season 4 premiere addressed Luke Perry’s death with a tribute to the actor and a farewell to his character, Fred Andrews, on Wednesday, October 9.

As the town prepared for the 4th of July, Archie (KJ Apa) received a call about his father. F.P. (Skeet Ulrich) later informed the teen and his mother, Mary (Molly Ringwald), that Fred died while trying to assist a woman whose car was broken down on the side of the road in Cherry Creek. Another vehicle struck him and drove away without stopping.

The funeral home director told Archie and Mary that Fred’s body would not be transported back to Riverdale until after the holiday, which did not sit right with Archie. So he, Veronica (Camila Mendes), Betty (Lili Reinhart) and Jughead (Cole Sprouse) traveled to Cherry Creek to pick up the body themselves.

Fred’s truck was still at the accident site, and when the core four headed there to retrieve it, they ran into a woman — played by Perry’s Beverly Hills, 90210 costar Shannen Doherty — paying her respects. They discovered that she was the one Fred stopped to help; he pushed her out of the way of the oncoming car and saved her life. The woman joined hands with Archie and his friends as she said a prayer for his father. 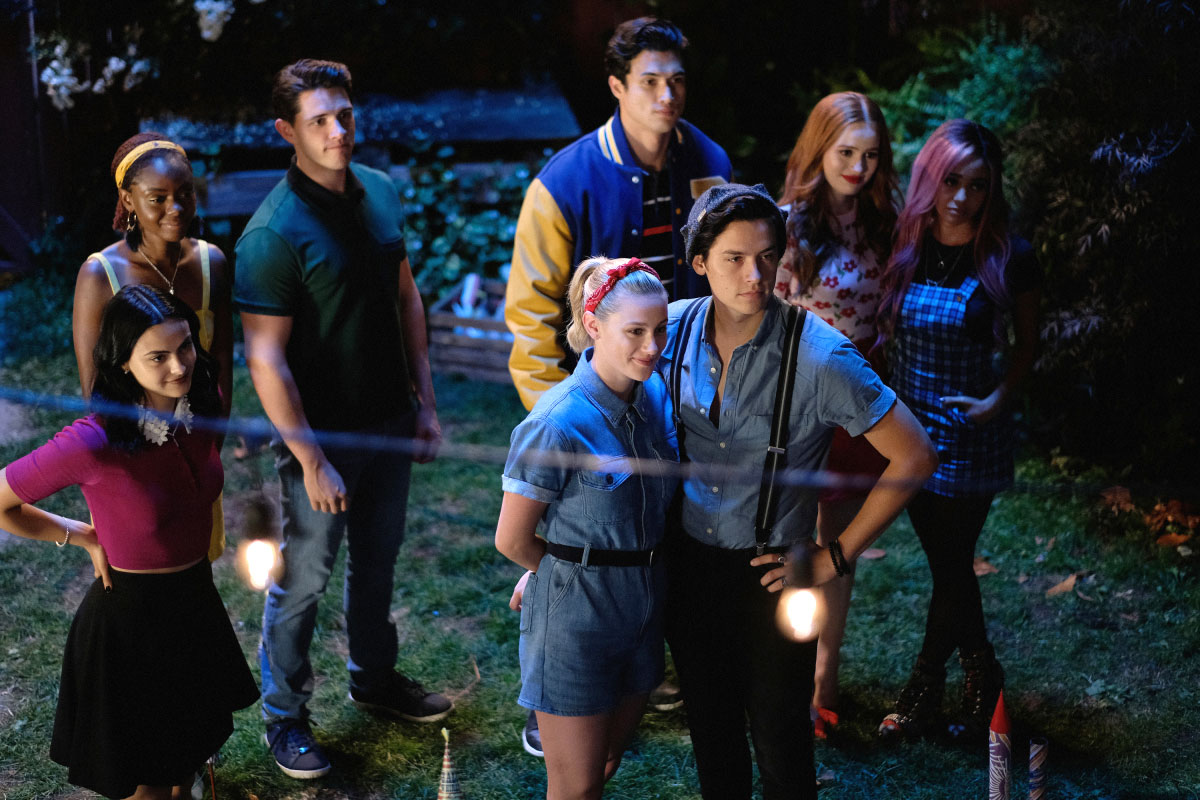 While still in Cherry Creek, Archie confronted the man who hit his dad, only to find out that it was actually the man’s son who borrowed the car and went out for a drive without his license. The man turned himself in to protect his son.

Archie and the gang then returned to Riverdale, where a police escort and the entire town waited to greet Fred. Josie (Ashleigh Murray) sang “Amazing Grace” at his funeral, and Archie delivered a eulogy. “Fred Andrews will always be a part of Riverdale,” he said. Veronica also realized that her father, Hiram (Mark Consuelos), paid for the service — from inside prison.

Archie and all his friends paid tribute to Fred first by sharing memories of him and later by putting on a fireworks display in his backyard. Archie vowed to honor his father but broke down in tears when he was alone. The episode ended with clips of Perry and the camera zooming in on a photo of Fred and Archie. The screen then read, “In loving memory [of] Luke Perry.”

Perry died in March at age 52 after suffering a stroke. The actor starred as Fred Andrews on Riverdale since the series’ January 2017 debut. His final appearance on the show was in season 3 during the April 24 episode.

Riverdale airs on The CW Wednesdays at 8 p.m. ET.