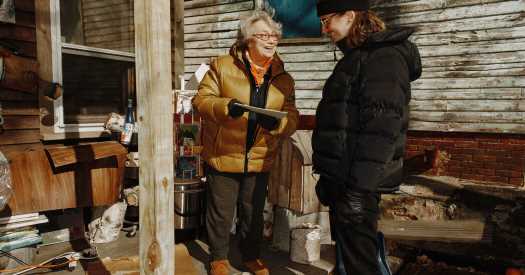 The pandemic is not just making many of us sick, it is making virtually all of us lonelier, according to a Harvard report based on a national survey of 950 Americans issued in February.

The loneliest people, as a group, are young adults. About half of 18- to 25-year-olds reported that not a single person in the past few weeks had “taken more than a few minutes” to ask how they are doing in a way that seemed genuinely caring. The second loneliest demographic appears to be the elderly, said the report’s lead researcher, Richard Weissbourd, a psychologist who teaches at the Harvard Graduate School of Education.

Dr. Weissbourd believes that the young and the old would feel a lot less isolated if they had more contact with one another. But the pandemic has largely kept these generations apart, weakening a bond that researchers say is critical for the well-being of both.

“The elderly have so much to share with young people — wisdom about love, work, friendship, mortality and many other things,” Dr. Weissbourd said. “And young people have so much to share with the elderly about a rapidly changing world — not just technology, but new and important ways of thinking about race and racism, justice, sexuality and gender and other critical issues.”

One thing that elders are expert in is how to thrive during hard times, according to Karl Pillemer, a gerontologist at Cornell University. Last April he initiated the Cornell Crisis Advice Project in which seniors — many of whom had lived through wars, epidemics and the Great Depression — offered wisdom to the young on how to deal with the current pandemic.

The elders emphasized that today’s troubles are temporary and will pass, Dr. Pillemer said. To better cope with current restrictions, they frequently recommended relishing the small things in life — a cup of coffee in the morning, a brightly colored bird on the lawn. “Paying special attention to these ‘microlevel’ events, the elders reported, lifts them up daily,” he said.

In fact, “People 70 and older are happier than others, have higher life satisfaction, a better ability to regulate their emotions and to focus on the positive, whatever happens,” Dr. Pillemer said, an assertion backed up by several studies conducted in recent years. “They have developed an understanding that happiness is a choice, it is something that happens in spite of the outer conditions of life, and not because of them.”

Their opportunities to share this wisdom with children and young adults, however, are limited.

Even before the pandemic, only one in 10 youngsters lived in three-generation households, with both their parents and their grandparents. While that number has increased somewhat in the United States in recent years, largely because of economic factors such as rising housing costs, it is still well below what it was in the early 20th century when multigenerational households were the norm.

“We started the 20th century as one of the most age-integrated societies in the world and ended it as the most age-segregated,” said Marc Freedman, the founder of Encore.org, a San Francisco-based nonprofit that is engaged in projects that bring the generations together.

In traditional societies, grandmothers and older relatives took care of the children while their parents went out to hunt, gather and tend gardens, Mr. Freedman explained. Elders were also the storytellers, who passed down the traditions of the tribe. But the modern world separates people into age-exclusive institutions like schools and colleges for the young and retirement communities for seniors. Social media often further divides the generations into self-selected silos of their own peers. To a large extent “the generational twain stopped meeting,” Mr. Freedman said.

But lately he has seen signs that this is changing. “There’s been a blossoming of creativity in bringing young and old together since the onset of the pandemic,” Mr. Freedman observed. “The young themselves have initiated efforts to check in on elders, and deliver food and prescriptions.”

One such young adult is Ella Gardner, age 18, a freshman at Pomona College in Claremont, Calif. Moved by the isolation of elders who have become housebound during the pandemic, she volunteered with the San Francisco-based nonprofit Mon Ami to shop and do chores for them. 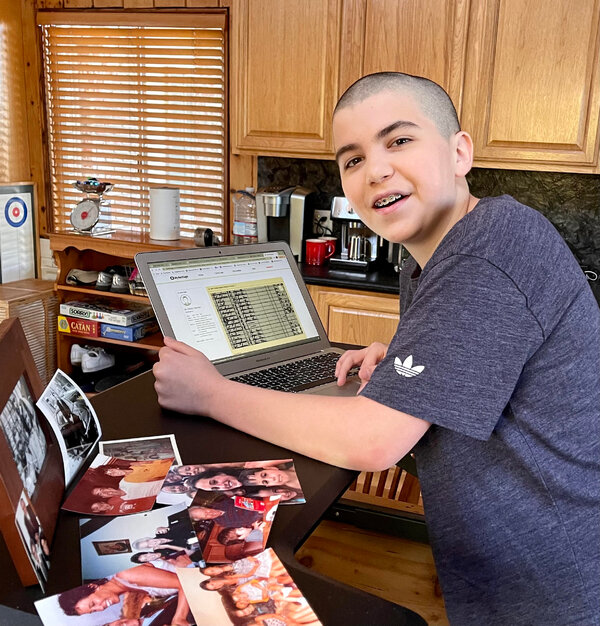 She also extensively interviewed her grandfather on Zoom for an anthropology paper. “I asked him if he was going to get the vaccine and he chuckled and said, ‘I remember back when I was growing up and we had to get the polio vaccine and look at me now, I’m still here,’” Ms. Gardner recalled.

“I’ve always been scared about growing old,” she admitted. “Sometimes I feel like I just want to stay a kid forever.” But her recent increase in contact with older people has made her more relaxed about aging, which she now sees as a natural part of life.

Another young person who has taken advantage of the pandemic to get to know older people better is Sam Cozolino, age 14, of Los Angeles. Inspired by the “Finding Your Roots” television series hosted by Henry Louis Gates Jr., Sam has spent scores of hours recently researching his ancestral history, including contacting long-lost relatives in Italy, with the aim of creating a family tree.

He has especially enjoyed talking on the phone with his paternal grandmother, who told him about her struggles growing up poor in America during the Second World War.

“Her fears during the war are similar to my own fears of going outside during the pandemic,” he said. “But it’s definitely not as bad as having to work two jobs and never having enough money. It really puts what I’m going through into perspective.”

Direct contact between the old and the young has been limited as a result of Covid, but there are notable exceptions. The Boston-based nonprofit Nesterly operates a homesharing service where elders with extra rooms are matched with young people seeking affordable housing. In one home share that began during the pandemic, Michael Nielson, a 28-year-old Harvard graduate student from Denmark, is renting space from Laurinda Bedingfield, a 67-year-old retired civil engineer.

Ms. Bedingfield wanted more than a business relationship with her tenant. But she wondered if her desire for friendship would be reciprocated: “I recalled the stupid attitude we had as young baby boomers — don’t trust anyone over 30. So now that I am a senior citizen, I figured that young people would feel the same way and not want much to do with me or any other oldies.”

She needn’t have worried. Mr. Nielson baked bread for her and cooked her vegetarian food. They’ve been taking socially distanced walks together, and after she’s been vaccinated, she plans to teach him photography and art.

“I feel much less isolated knowing that Michael is nearby,” Ms. Bedingfield said. “I have a friend who lives on my property and I can call him any time if I need help.”

Nic Weststrate, professor of educational psychology at the University of Illinois, Chicago, has been conducting research on gay, lesbian, bisexual and transgender elders. He says that older gay people, like everyone, have a need for “generativity,” a need to nurture and care for the future generation — which can be hard to fulfill for those who haven’t brought up children of their own. To help foster this, he has been setting up Zoom calls as part of the LGBTQ+ Intergenerational Dialogue Project, where old and young gay people have been sharing stories and support with one another during the pandemic.

Rain Shanks, a 26-year-old student at the School of the Art Institute of Chicago who grew up in a socially conservative community in Texas, says that before these weekly Zoom sessions, “I never had a relationship with an elder where I felt like I could be an entire person and feel seen with my lesbian identity. Having older folks that I can relate to and be friends with has been healing for me.”

For the elders too, the experience can be healing. “As people approach the end of life they start asking questions like, ‘Was my life worth living, am I at peace with the decisions that I made in my life?’ ” Dr. Weststrate said. “Intergenerational storytelling is a space for elders to narrate their life and in the process come to terms with it and find that sense of peace.”