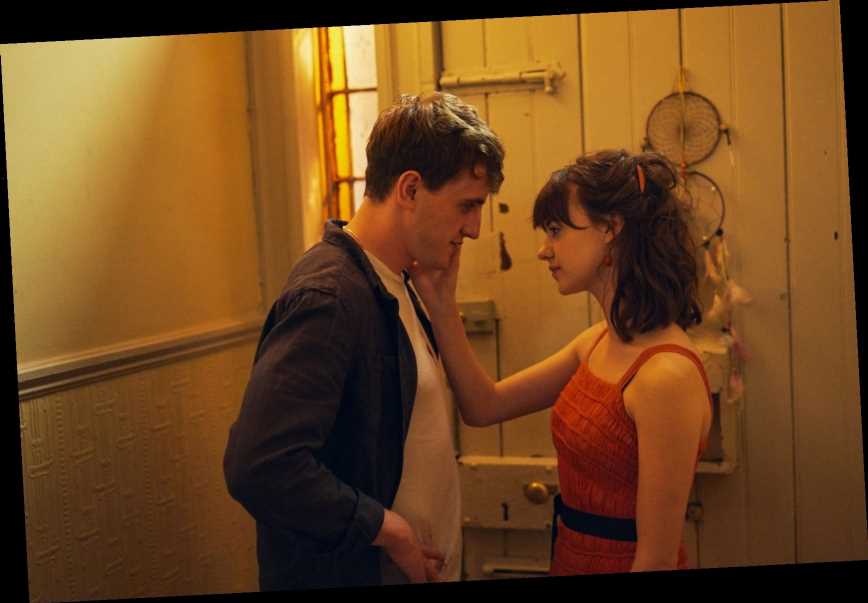 In a year when physical intimacy was a rarity for many people, TV helped to fill the gap – stepping up its game with a series of highly-charged sex scenes that felt more vivid and real than ever before.

In April, Miriam missed her chance to see the guy she was dating before they both locked down in different cities. Then, she tested positive for Covid and began isolating in her room away from her flatmates. Bored and lonely, she began watching Normal People – the TV adaptation of Sally Rooney’s book with Daisy Edgar-Jones (Marianne)and Paul Mescal (Connell).

Miriam liked the show, but the weirdness of watching such an intensely intimate series while confined to her bed was not lost on her. “There was this feeling of watching something that you can’t have,” the 26-year-old tells Stylist. “If you were recently having sex, it was very weird to watch–it felt as if something had been taken away from you.”

Normal People: we need to discuss this BBC show’s portrayal of sex and consent

A lot of 2020’s most popular TV shows portrayed a life full of meticulously crafted highly intimate sex scenes – which, unsurprisingly, were a world apart from the lives of people like Miriam who were watching it.

From when Sex Education aired in January amid the first mutterings of the word coronavirus, to peak lockdown’s Normal People and I May Destroy You, to more recent shows like Industry: sultry, seductive and lengthy sex scenes proved typical of on-screen entertainment in a year with limited touch. For many, the closest they had to sex was on the screen in front of them.

“When Normal People came out during that first lockdown, it was long enough for people to be feeling bereft of that physical contact,” explains Ita O’Brien, who worked as an intimacy coordinator on the show, in addition to Sex Education, I May Destroy You and Industry. “And I think it did help people to live vicariously through these characters.”

The shows were all shot in 2019 and released this year, says O’Brien, and so avoided any disruption from Covid. “The irony is that the intimacy coordination has allowed for better intimate scenes to be created – and then with our lack of touch, they [the scenes] have impacted so much more.”

You are getting so intensely into other people’s sex lives but you are not really having any of your own.

“I feel like just seeing people touch [on screen] now is very exciting,” says Nicole, 23, who has spent lockdown living at home with her parents. Seeing all the casual sex in Industry – the new BBC show about the lives of young graduates at a bank –made her miss her pre-pandemic life.

The great thing about Industry, she says, is that none of the men or women were trying to look for a serious relationship. “I feel like that was a far more realistic portrayal of your early 20s. They are all just looking to have fun and that’s what is expected.”

In particular, the sexual confidence of the female characters Harper (Myha’la Herrold) and Yasmin (Marisa Abela) is something that Nicole would love to see more of on screen in 2021 as it is very realistic. “That needs to be normalised,” she adds.

Casual sex with multiple partners is something that has often been prohibited during a year of strict Covid measures. Watching the on-screen antics while confined to your house can make it all seem as if it is a distant memory, says Nicole. “I talk about this with my friends a lot,” she says “We’re always like, ‘I can’t wait till we can go into a club and just make out with random people.’”

Tatyannah, 25,says watching the lifelike portrayal of sex in Normal People while quarantined alone helped her at a time when her sex drive had been completely shot during the pandemic.

“When I see the main characters caressing each other and taking their time during sex as well as seeing how they have awkward moments and then laugh – they seem so in love,” says Tatyannah. “It definitely made me feel like my sex drive was starting to increase even though it had been completely shot.”

“There is a weird dissonance,” agrees Miriam. “You are getting so intensely into other people’s sex lives but you are not really having any of your own.”

Normal People’s intimacy coordinator Ita O’Brien says that an audience can stay very invested in the characters’ emotional storytelling when all the details of a scene are covered.

“They [the characters] are exposing themselves to each other through the dialogue first – the intimacy starts from that point,” she says. “It was working through each and every beat. Right the way through everything was broken down – including him asking for a condom.

“We were bringing the details together – nothing is missed out,” she adds.

For an audience during a pandemic these details were key, suggests Miriam. “There’s a whole Instagram dedicated to Connell’s chain,” she jokes. “People are hungrily clinging onto the littlest details.”

There was this feeling of watching something that you can’t have.

2020 disrupted filming for many productions, but thankfully the filming that took place last year provided some much-needed content at a time when touch is now scarce. Sex Education is confirmed as back on screens in 2021, and we are told it will not disappoint in terms of intimate content.

As Nicole says, “I feel like these shows are a bit more appreciated now – especially when everyone’s a bit lonely.”