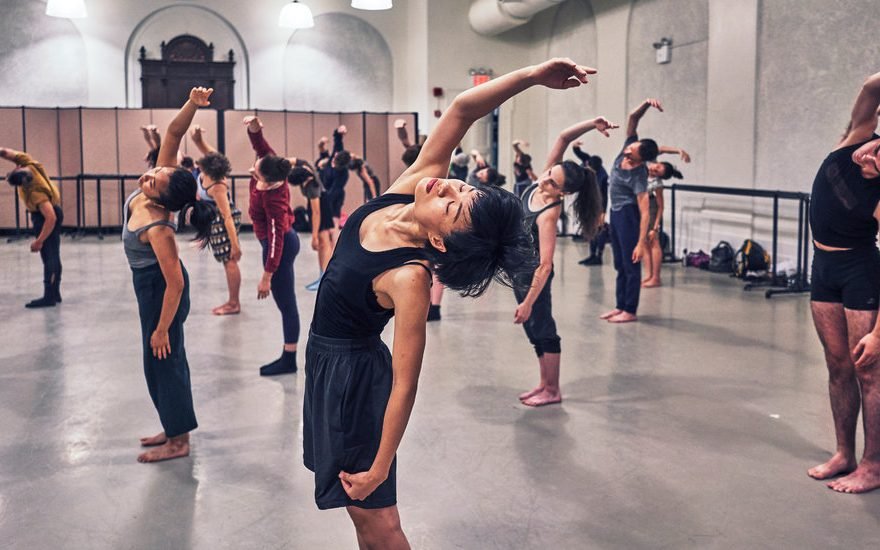 On a recent afternoon, in a big studio at New York City Center, the dancer Melissa Toogood presented her class with a puzzle. With the clear, direct energy of someone walking down the street, she performed a darting series of steps that folded back on itself, ending where it started. The challenge, beyond pairing sudden swerves of the torso with the down-up-up rhythm of the feet, was to somehow travel forward in space, even as the movement resisted that pathway.

Without hesitation, row after row of dancers surged across the floor, immersed in a process of trial and error. It was a typical encounter with the Merce Cunningham technique, which routinely confronts its practitioners with riddles, contradictions and near-impossible tasks. 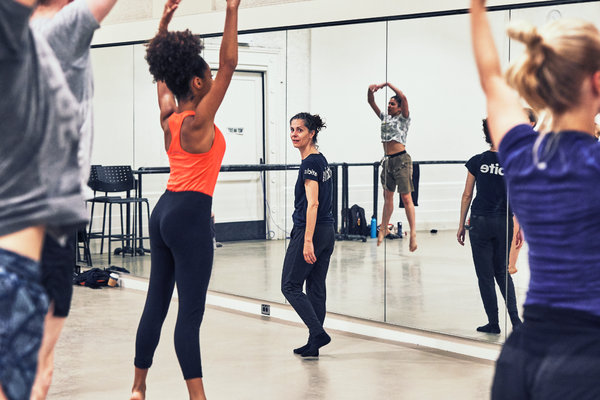 In this Cunningham centennial year, appreciations of his life and art have rolled out on a grand, global scale. Opportunities abound to see his mind-expanding, still-radical work, and to reflect on the ruptures he introduced into modern dance: his break from narrative structures, his democratic vision of space, his untethering of dance from music, his use of chance as a choreographic device.

But with more high-profile events on deck for the fall and winter, one of Cunningham’s greatest contributions lives on in a less visible forum: the ritual of daily class. On weekdays at City Center, under the auspices of the Merce Cunningham Trust, dancers can study the no-frills modern dance technique he developed, regardless of whether they intend to perform his work.

For a week in July, as my own centennial experiment, I took this class every day, dancing for the first part and observing during the (more athletic) second half. I wasn’t a total novice; in 2010 and 2011, I took beginner-level classes at the Cunningham Studio, on the light-filled top floor of Westbeth Artists Housing in the West Village. Those 90-minute lessons — advancing from a warm-up of the back and feet to more complex coordinations of the torso and legs to jumping sequences that flew across the room — were always a struggle. Yet I grew to love, even crave, the difficulty. I looked forward to coming back and trying again.

The studio at Westbeth was filled with history, as the epicenter of Cunningham’s company and school from 1970 to 2012. But the history of the technique dates back further. It emerged in concert with Cunningham’s early work, as a training system for his dances: a means of preparing the body for the singular demands of his choreography. In a 1951 essay, he offered a definition of technique: “the disciplining of one’s energies through physical action in order to free that energy at any desired instant in its highest possible physical and spiritual form.”

While drawing from the precise legwork of ballet and the spinal articulations of the Martha Graham technique (he danced in Graham’s company before founding his own), Cunningham stripped away the affectations of both, arriving at something more uncluttered, physically and emotionally. As the dancer Carolyn Brown, a pillar of his troupe for its first two decades, wrote in her memoir “Chance and Circumstance,” the technique trained “the whole body so that it could be ready to move in the many ways possible to it, without adhering to any one rigid style.”

When Cunningham died in 2009, his company announced it would close at the end of 2011; the school would close soon after. Just as the Cunningham Trust, in the company’s absence, now oversees the preservation of his dances — in part through licensing them to other institutions and offering repertory workshops — it is also a steward of the technique, the scaffolding that upholds the choreography.

But Cunningham class serves a purpose beyond sustaining his work, imparting a solid, streamlined foundation for dancing of all kinds. At its best, it can build strength, agility, musicality, spatial awareness and — as Ms. Toogood’s students showed — an affinity for problem-solving and risk-taking. Dancers can take that anywhere.

“It’s a training for the body and the mind,” said Jennifer Goggans, the program coordinator for the trust. (She also teaches and, like all of the trust’s instructors, is a former member of the Merce Cunningham Dance Company.) “The goal ultimately is to get you to push your physical boundaries, and to go to a place that you didn’t think that you could go.”

In my own experience, Ms. Brown’s image of “the many ways possible” is a good summation of a Cunningham class. The opening series of back exercises, which begin from a simple parallel stance, draws out the torso’s range of motion, through actions of curving, twisting, arching and tilting the spine. “We’re working to isolate the movement of the torso against the pelvis,” Ms. Goggans said, “so that later on, we’re free to have our legs doing one thing and our torso moving in any possible direction against that.”

The layering of the torso and legs grows trickier as the class progresses, often resulting in unpredictable, awkward permutations of the upper and lower body, coupled with extremes of speed. Even for the kind of lifelong dancer who seems capable of anything, this isn’t easy.

“In ballet I know what’s going to happen next — I get it — and here, I don’t get it,” said the choreographer Netta Yerushalmy, who began taking Cunningham classes in 2016, after decades of training in ballet and contemporary techniques. “It’s mentally perplexing, I find.”

While physically and cognitively taxing, Cunningham class can be just as pleasurable, even therapeutic. Pareena Lim, a devotee of the technique for over 10 years, finds that at this point, she needs the class just to feel normal. “It makes my body feel really good — there’s something about how all the joints are used,” she said. “When I don’t do it, my joints feel kind of cranky.”

And though the technique can certainly cause injuries, it has been known to help with rehabilitation. The New York City Ballet dancer Gretchen Smith began taking classes last year while recovering from a severe back and hip injury. The technique’s unadorned nature — with no barre to hold onto, no shoes binding the feet and no embellishments to the carriage of the arms, neck and head — exposed imbalances between the sides of her body, allowing her to correct them.

“I found that there’s no faking it in Cunningham technique,” she said. “I immediately could see where my weaknesses were and why I had hit this block in dancing ballet.”

Not everyone takes to the technique right away, or ever. Rashaun Mitchell, a former member of the Cunningham company (and a current Cunningham trustee), said that when he began teaching at the Tisch School of the Arts at New York University, he felt some resistance from his students.

“I think the Cunningham was kind of austere and technical in their minds — archaic and old-fashioned,” he said. “And also, it was just hard. The difficulty definitely turns people off, people who are not immediately always interested in challenge.”

To make it more accessible, Mr. Mitchell has integrated other movement approaches into his class, building in moments of rest and release. He is all for letting the technique evolve. “There are new ideas, new ways of thinking about the body, from anatomical and physical therapy perspectives,” he said. “What other movement practices might actually augment the Cunningham technique?”

Like Cunningham’s dances — many of which are documented in “dance capsules,” or digital aids for reconstruction — the technique won’t survive or stay relevant on its own. Ken Tabachnick, the Cunningham Trust’s director, said that the organization has begun discussing plans for a teacher training program, to ensure that well into the future, there will be qualified instructors of the technique.

And while Cunningham-based classes are currently taught at universities and other institutions around the world, Ms. Goggans said the trust is working to develop curriculum for schools, “not just for university level, but for younger kids as well.”

For students of any age, one of the technique’s most valuable lessons is that it’s fine, even necessary, to fail. The longtime teacher Janet Charleston, who taught at Westbeth, recalled that Cunningham would stress this to his faculty: “Merce would say, ‘Give something that nobody can do.’”

On Saturday mornings this summer, Ms. Charleston has been teaching a more under-the-radar Cunningham class at the SoHo loft 100 Grand (filling in for the veteran instructor June Finch). After five classes in five days, I was, to my own surprise, up for a sixth, and headed to SoHo. Buoyed by the week behind me, I pushed myself to dance the whole time. Even as I faltered or fell out of balances, Ms. Charleston reminded me that this, too, is part of the technique.

“Some of the beauty,” she said after class, “is a human being grappling with the task of the movement. Even if you’re struggling, or you’re not on your leg and you’re trying to be, it’s so beautiful, just a person grappling with that.”