The film’s thesis is blunt: Put a woman in power, and she’ll be as sexually inappropriate and badly behaved as any man. 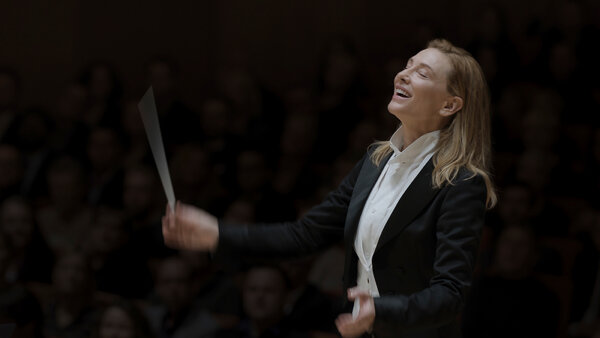 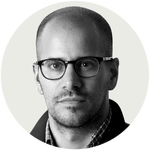 Early in the new film “Tár,” an eminent conductor, played by Cate Blanchett, has strewn classical LPs over her floor. They’re designed in the old-school style of the Deutsche Grammophon label, which had the grandest maestros of the 20th century — the likes of Leonard Bernstein, Herbert von Karajan and Claudio Abbado — brooding from the covers of recordings of symphonies by Beethoven, Brahms and Bruckner.

Lydia Tár is sorting through them with her foot — as if in disgust, like she can’t bear to touch them. As if she’s toppled the whole patriarchal tradition and can now stand above it, a David who’s killed all the Goliaths.

But we soon discover that she wasn’t mulling over the records in that spirit; she was merely looking for inspiration. For her new Mahler album, she’s decided that she wants to be photographed sitting alone — oversize score open, face solemn, lighting dramatic — in the seats of the Berlin Philharmonic’s home hall. Just like Abbado and the rest.

Tár represents a radically different face of classical music. Barely any women — in the film or in real life — have done what she has: made it to the top tier of the world’s orchestral podiums. Let alone that of the Berlin Philharmonic, perhaps the most celebrated of them all, which Blanchett’s character rules with cool authority.

“We don’t see women at the top of this food chain ever,” said Marin Alsop, who during her tenure at the Baltimore Symphony Orchestra was the first and only female leader of one of the 25 largest American ensembles.

But, as we gradually learn, Tár represents anything but a radical break with the past.

In the music world, that past is embodied in the worship of maestros, whose hard-to-define, near-spiritual, silent yet crucial role as conduits of the great composers has long granted them fearsome dominance. Theirs is a position so flush with power that it has been all too easy for them to abuse it.

It’s become an assumption for many inside and outside the field that, as women and people of color slowly but steadily diversify the ranks of top conductors, the problems associated with maestro worship — that outsize power, eye-popping (even deficit-encouraging) salaries, sexual misconduct, anger issues, reactionary repertory choices, dependence on name-brand conductors to sell tickets — will ease.

Not so fast, says “Tár,” written and directed by Todd Field.

The film posits a more unsettling, intractable possibility: that classical music remains so robustly addicted to the myth of the all-knowing, all-hearing leader that it will continue to grant those leaders a degree of power that will inevitably corrupt women and men alike.

For Lydia Tár is no better — certainly no better behaved — than any of the rageaholic, underling-seducing men we are often assured are going extinct.

Cate Blanchett plays a world-famous conductor who is embroiled in a #MeToo drama in the latest film by the director Todd Field.

That some of those men have, in recent years, undergone steep falls from grace for their misconduct doesn’t seem to give Tár pause. She is a sexual predator, imperious, controlling. She grants plum gigs to her crushes and turns up her nose at fresh sounds as she elevates the standards: The movie centers on her rehearsing the Berlin orchestra in Mahler’s Fifth Symphony, which she decides to pair with Elgar’s equally classic Cello Concerto (featuring, of course, a talented young woman who has caught her eye as soloist).

The woman Field creates has achieved more power than any female conductor in history. She wields it malignantly, and she is humiliated for doing so, even more catastrophically than any of her real-life male counterparts.

If that fantasy is persuasive, it’s because, for all its noirish, even horror-movie trappings, “Tár” is a largely realistic depiction of its subject matter. (Far more so than “Black Swan” in relation to ballet, or “Whiplash” to jazz.) Blanchett gestures on the podium like a real conductor; a few references to the symphony she is preparing as “the Five” — rather than “the Fifth” or “Mahler Five” — are almost the only slips of tone.

The protagonist is clearly based partly on Alsop, who stepped down from the Baltimore podium last year — leaving the number of women in top American positions at zero until Nathalie Stutzmann became music director of the Atlanta Symphony Orchestra this month.

Alsop, like Tár, is a lesbian with a partner and a child. And like Tár, she founded a fellowship program for young women seeking to follow in her footsteps. Unlike Tár, Alsop has never been accused of misconduct, with the fellows or otherwise.

When we spoke by phone recently, Alsop said that the premise that women would fall into the traps laid by traditional power structures was “premature.”

Presumptuous or not, the film is a reminder that the change we should hope and work for is as much about modesty as it is about identity: a vision of conducting as a vehicle for building community, for giving back, rather than solely for wielding authority in the service of a tiny group of pieces from the ever more distant past. (It is not only men who perpetuate this limited view of the repertory: Stutzmann, for one, told The New York Times recently that she would proudly be focusing on music from before the 20th century.)

Cultural changes may well force modesty on the field, like it or not. In the wake of pandemic lockdowns, and as classical music continues to drift further from the mainstream, ticket sales that were once energized by the names and faces of beloved maestros have dried up. Audiences haven’t heard of almost any conductors. Deutsche Grammophon and the other record labels that hawked those brooding visions of paternal authority are shadows of what they were just a few decades ago.

Conductors will always be responsible for wrangling a single vision from a stage of 100 musicians; for making decisions; for leading. But that leadership can be more demystified, more collaborative, more modest. It’s a change that must involve more diversity on the podium — but, as “Tár” cautions us, not just that.

“I hope the premise that women or people of color will be just as autocratic can be disproved,” Alsop said. “I hope we’re given the opportunity to disprove it.”