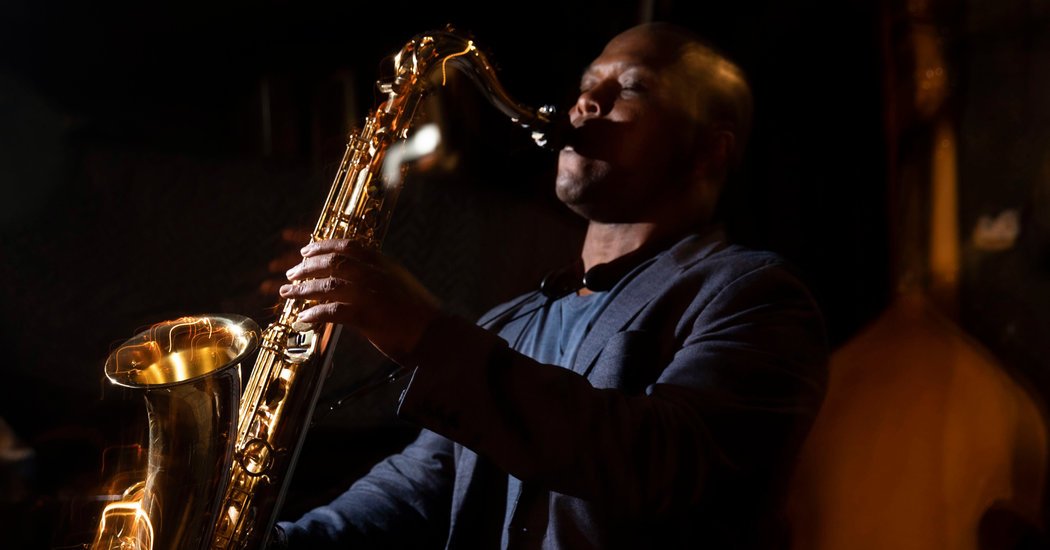 It was well after 2 a.m. on a recent Friday night at the downtown jazz club Smalls, and J.D. Allen had been playing the tenor saxophone almost nonstop for an hour, not so much as pausing to address the audience or catch his breath.

Mr. Allen considers each set he plays with his trio to be a unified, spontaneously constructed suite, so stage banter feels like a distracting concession. And try disagreeing with him: Even in the noisy wee hours at Smalls — where some listen raptly in the front rows, but just as many are there to booze and gab — this searing and tumbling music cuts through. It grabs hold of you.

Mr. Allen’s side musicians in the trio, Nic Cacioppo on drums and Ian Kenselaar on bass, are each a generation his junior, and they’re still relatively new to his music (they replaced his longtime rhythm section just over a year ago). But they have taken quickly to his unique form of jazz, brilliantly lodged between tradition and the open road, as easy to love as it is protean and unbounded.

Mr. Allen has become one of today’s most exciting tenor saxophonists not by trying to spotlight his own virtuosity, as so many bandleaders feel compelled to do, but by defining a new way of playing in a group. With the trio, his focus is on deepening your listening — on burrowing down.

On Friday, Mr. Allen will release “Barracoon,” his 13th album as a leader and his 11th since starting the original trio in 2006. That formation had Rudy Royston on drums and Greg August on bass; over a dozen years, Mr. Allen hardly made any recordings without them. (On a few, he did add a guitar or a piano, to lovely — if sometimes mellowing — effect.) But Mr. Royston and Mr. August have thriving careers of their own by now, and Mr. Allen is committed to keeping a stable band going that can grow alongside him, as if life were one unbroken set, and the musicians around him were as central to his expression as the instrument he plays.

So in early 2018, having moved back to the New York area after a few years in Cincinnati, he hired Mr. Cacioppo and Mr. Kenselaar. “To get their take on it also re-energizes my purpose,” Mr. Allen, 46, said recently over lunch at a Greenwich Village restaurant. “I found the bad boys of this generation, as far as I’m concerned: guys who are not afraid to dip their toe in the avant-garde a little bit, and then turn around and play the tradition.”

“Barracoon” is probably an early installment in what will become a larger catalog, and the new trio doesn’t quite achieve the subtle, sweeping texture that marked his original trio’s best albums — particularly “Shine” (2009), “Victory” (2011) and “Americana” (2016). But a fresh vitality courses through the record, and Mr. Allen thrives in the elder’s role. The group pumps red blood into six new originals, all classic J.D. Allen: pithy, minor-blues melodies, a mix of stern gravity and buoyant lyricism. 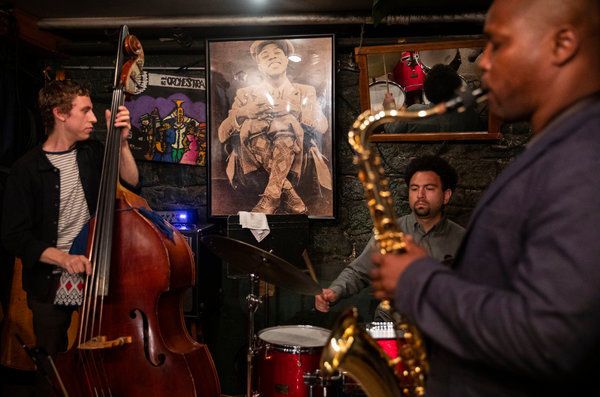 Jazz insiders like to refer to a steady, swinging beat as “tipping.” In Mr. Allen’s trio music, that term feels especially apt — not only because the group often seems to be charging forward at a precarious tilt, but because it so frequently does tip over, so that the trio is in fact spilling, then pooling, then sweeping itself back together again. Mr. Allen’s saxophone sound is often summed up as a cross between John Coltrane’s pinched, melted-ore tone and Sonny Rollins’s bebop bounce. But it also leaps well beyond the midcentury.

Mr. Cacioppo described playing with Mr. Allen as a practice of constant vigilance and openness. “When we play, it’s never planned. So you have to know all the cues and remember the repertoire and know how to make it work,” he said. “All I know is, when I play with J.D., I don’t have to hold back at all.”

Mr. Allen was born in 1972 in Detroit, into what he called “a cycle of violence.” His father was physically abusive, and went to jail for bank robbery while J.D. was still in elementary school. He struggled to feel seen or heard, and when he was 12 years old his mother sent him away after he had a disagreement with her boyfriend. He went to live with his grandparents — a positive turning point — and was accepted into an arts magnet high school. If he hadn’t been encouraged to pursue the horn, Mr. Allen said, “it could’ve been the gun instead.”

He caught a major break at 20, when the eminent vocalist Betty Carter hired him, but he bounced in and out of New York for years, dogged by alcohol and later hard drugs. Not until he formed the trio in 2006 did things really start to settle into place.

Mr. Allen wrote the title tune for “Barracoon” last year after reading Zora Neale Hurston’s long-lost book of the same name. The book is an oral history of Kossula (also known as Cudjo Lewis), who was among the last people to survive the Middle Passage before slavery was abolished in the United States.

When Hurston interviewed him in the late 1920s, Kossula was living in a remote Alabama town, widowed for many years. He was deeply grateful that someone had come to document his life, hoping that someday his account might make its way back to West Africa, “and somebody dere say, ‘Yeah, I know Kossula.’” (Hurston faithfully transcribed Kossula’s narrative in dialect.)

It makes sense that Mr. Allen would release an album celebrating Kossula’s life, particularly on the 400th anniversary of Africans’ first arrival in British North America. He still feels the need, as a black American, to assert his right not only to exist, but to be known.

“And why is that important, for me? Because when I didn’t play, I didn’t exist,” he said. “Even to this day, I can walk past people I’ve known for years and if they don’t see me with the horn, they don’t know who I am.”

In an age when jazz musicians often chase grant funding to get by, forming new bands frequently and crafting a high-flown, conceptual conceit for each new album, Mr. Allen has a simpler goal: to voice his life through his music.

“We have to have some science project backing up what we’re doing?” he said. “I hate that word, project.”

O.K. But if his music were some kind of project, what would it be? What’s the long-term goal?

He paused, leaning back in his chair. “I want to just say I existed, man,” he eventually said. “I was here. This is a ‘J.D. was here’ on the wall. That’s all these records are.”

Articles in this series examine jazz musicians who are helping reshape the art form, often beyond the glare of the spotlight. 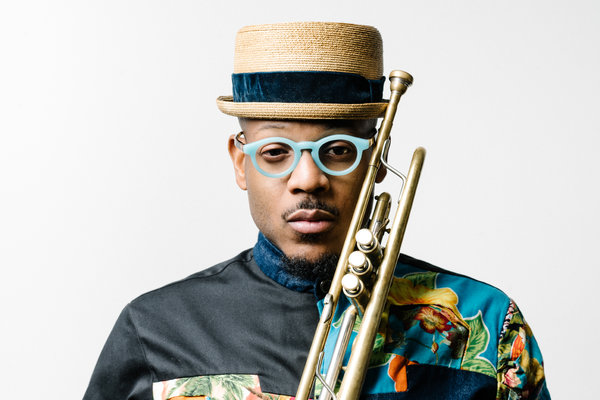 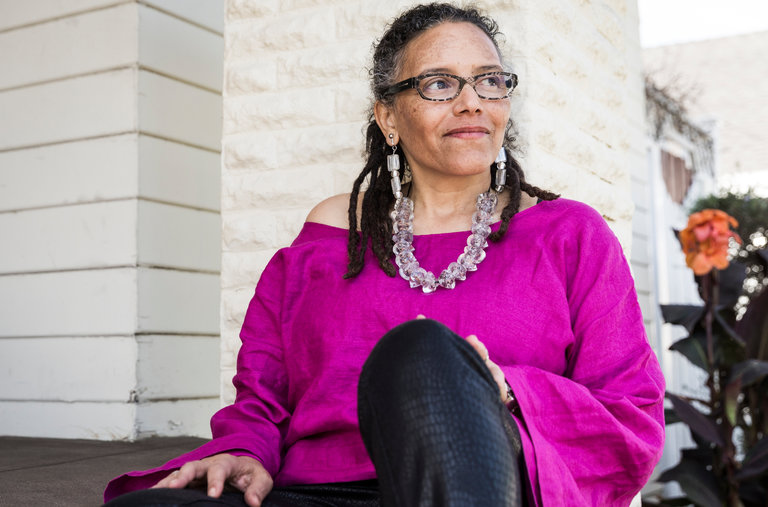 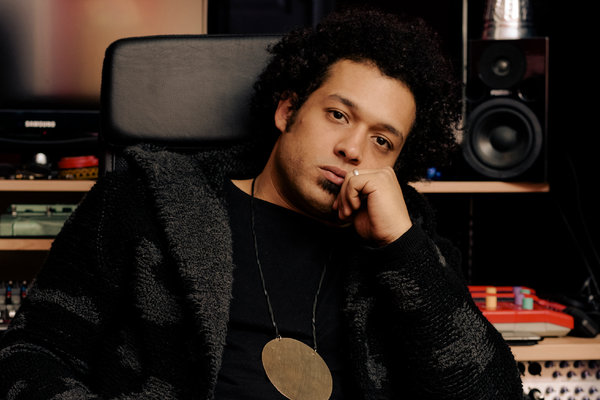 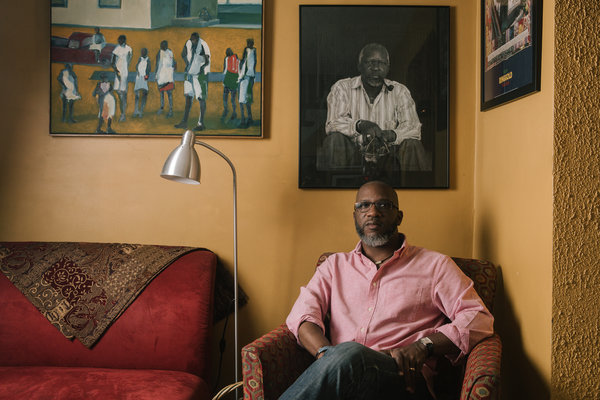