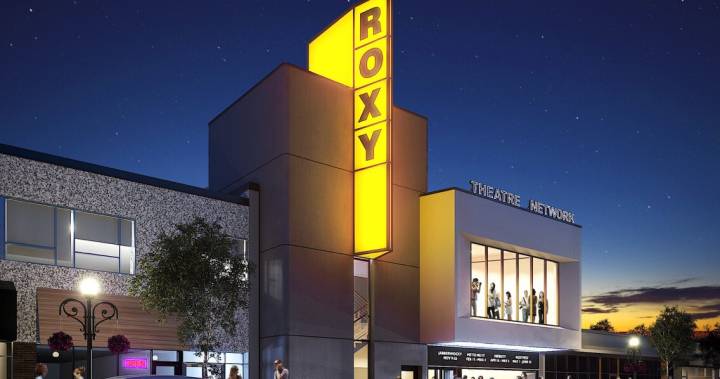 On Monday morning, officials, stakeholders and supporters gathered on Edmonton’s 124 Street for the official groundbreaking ceremony for the new Roxy Theatre.

The original theatre was built in 1938 and became a landmark on High Street.

On Jan. 13, 2015, the building burned to the ground but those involved in the theatre vowed to rebuild.

In February 2018, Edmonton and the federal government announced more than $500,000 in combined funding for design work for a new building.

Two month later, the Alberta government said it would contribute $2.5 million to the facility’s future.

In January, Ottawa also pledged $2.5 million towards the rebuild.

Watch below: Ongoing coverage of the Roxy Theatre fire and plans to rebuild.

While Monday saw shovels in the ground, there is already a fundraising campaign going on to get Roxy back to her former glory.

“The new Roxy Theatre will be a true art-house venue designed by Group2 Architecture Interior Design and featuring two performance spaces and a rehearsal hall to serve community needs,” Theatre Network said in a news release.

“The Nancy Power Theatre is the primary theatre replacing what The Roxy once was as a 200-seat proscenium theatre, The Lorne Cardinal Theatre is a flexible black-box-style theatre with the ability to seat 80 depending on the configuration. The new Roxy will also include a small shop for building sets, two lobby spaces, and the offices of Theatre Network and Nextfest.”

Construction is expected to begin this summer and will take about one year for the exterior and six months for the interior.

The new Roxy is expected to open in early 2021.

Watch below (Jan. 15): An Edmonton landmark will soon return to 124 Street. The Roxy Theatre burned down four years ago. Now, the theatre company that owns the land is ready to start rebuilding. Fletcher Kent has more.