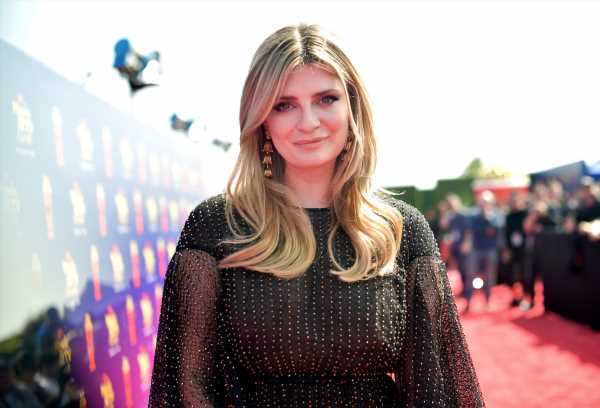 A new face coming to The Hills will be no stranger to viewers. When the rebooted MTV reality show premieres on June 24, Mischa Barton will be on The Hills: New Beginnings. Since her days on The O.C., the actress and model has unfortunately made more headlines for her personal life than her professional career. But updates on Mischa Baron in 2019 show that she’s in a good place both personally and professionally these days. The Hills will follow Barton along with Justin "Bobby" Brescia, Frankie Delgado, Brody Jenner, Audrina Patridge, Whitney Port, Heidi Pratt, Spencer Pratt, Stephanie Pratt, and Jason Wahler. And while the reality series will inevitably be rife with drama, Barton wants to take this opportunity to show the world who she really is.

Barton was already a successful actress before she became a household name thanks to her role of Marissa Cooper on The O.C. in 2003. She was killed off in 2006’s Season 3 finale and following that, her personal life began to dominate tabloid headlines. In 2007, she was arrested for an alleged DUI and drug possession. Then, as she shared with People, she suffered from mental health issues that led to her admission into a mental health facility in 2009. She was hospitalized again in 2017.

Through all of that, she has continued to work as an actor, primarily starring in independent horror films. Besides her stint on Dancing with the Stars, The Hills marks her first time on reality TV.

Despite her IMDb page showing that she was in six movies in 2018, Barton told the New York Times that she intentionally stepped out of the spotlight in recent years. One of the main reasons that she chose to stay out of Los Angeles was because she accused two exes of trying to distribute "revenge pornography" of her in 2017. She fought both ex-boyfriends in court and the sex tapes were not released. During the court dealings, she would fly to Los Angeles from where she had settled in New York.

"A little bit of it did feel like running away," Barton told the New York Times. "I just didn’t want to be here. I wanted to be back East, so I went back, and I was living in upstate New York, total farmland, riding horses."

Yet, she has returned to the City of Angels for The Hills. She told E! News that she put a lot of thought into signing onto the reality TV series. The O.C. helped inspire Laguna Beach, which was the predecessor for The Hills. But Barton was never on The Hills, so it took seeing the cast reunited at the 2018 VMAs to convince her to join. "Suddenly it was a tangible thing and they were all back together and having fun and having a good time. So I thought, ‘OK, I’ll take this seriously now and think about it,’" Barton told E! "But I was hesitant, I was slow to come to that realization."

Now that she is on the show, Barton has said in multiple interviews how she wants people to see the real her. (Especially since she told the New York Times that unlike the OG Hills, New Beginnings is "not in any way really scripted at all.") "People seem to have always associated me with one thing, and I thought it would be a good opportunity for them to get to see the real me," Barton said to the New York Times. She also added that she wanted to do The Hills to "situate myself in a different part of my career, make a new friend group, and move out of the stale typecasting I had gotten myself into."

Barton said that she has been reading scripts again, so The Hills could reinvigorate her acting career. As for her love life, she spoke of her boyfriend of two years to the New York Times. — Australian model James Abercrombie — who stood by her side during the lawsuits. However, Barton teased a breakup may go down on The Hills to Entertainment Tonight, so her romantic status may be part of the drama of New Beginnings.

Still, no matter what happens on the MTV reality show, it seems that it will be less tumultuous than the past decade for Barton. "I do feel I’ve been through a lot, especially in the last few years," Barton told ET. But she said she’s currently "great" and this whole New Beginnings is rather literal for her.

"It’s definitely starting a new chapter in my life," Barton added. "This has been an interesting journey and it’s been really fun to do. I’m really happy to be back in L.A." And California is happy to welcome back the original O.C. girl.