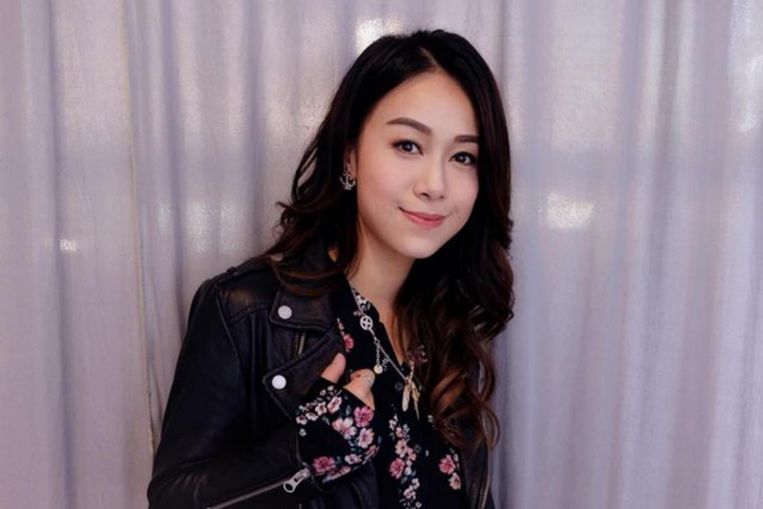 When news broke in April last year that TVB actress Jacqueline Wong had been spotted kissing married singer Andy Hui in a taxi, other reports soon surfaced that two other men had visited her home.

A neighbour reportedly pointed fingers at a musician and a radio DJ.

Now, Wong’s love life is in the spotlight again after she returned to Hong Kong in December after fleeing to the United States to avoid the backlash over the kissing scandal.

Could that musician be Lai Man Wang?

Photos of Wong, 31, with the drummer of Cantopop group RubberBand at a pet shop have sparked talk over whether she is yet again intruding into another woman’s happiness, since Lai reportedly had proposed to his girlfriend.

But he has since told the media that he is now single, saying marriage plans in the past did not come to fruition, reported the hket portal.

Wong, who posted recently about her dog adoption, has also downplayed the romance talk, saying that Lai is just a friend who knows how to take care of dogs.

Some netizens believe that she is telling the truth, pointing out that the couple have known each other for a long time, with Lai in a group photo that Wong posted back in 2016.

Lai, at least, does not have to worry over how the romantic speculation will hurt his family since he is single.

A frustrated Sammy Leung, who was rumoured to be the DJ who had visited Wong, was cited by Ming Pao as saying then: “I don’t care about me, I am used to rumours.

“My wife also believes in me, but her friends have been asking her about it, and our daughter is still young. I didn’t want it to affect them.”

The kissing controversy also led to TVB actor Kenneth Ma breaking up with Wong, whose drama series, shot before the scandal, have since been progressively aired by TVB.

But there is no word yet on future work even though the broadcaster said it would discuss such matters with her after Christmas.