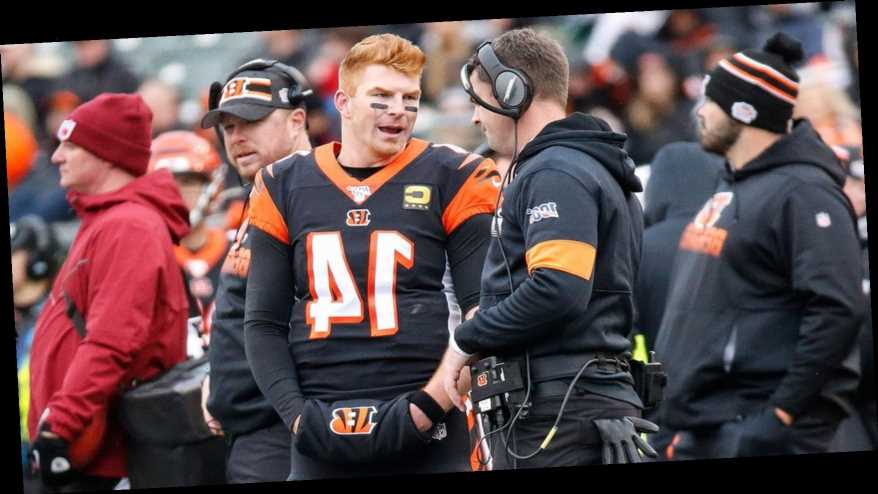 Barring any major surprises or blockbuster trades, the Cincinnati Bengals will take a quarterback with the first overall pick.

The belief is that they’ll end up taking LSU quarterback and 2019 Heisman Trophy winner Joe Burrow, though things can always change. If not Burrow, expect the Bengals to at least enter 2020 with a new quarterback.

According to NFL Network’s Ian Rapoport (h/t Kevin Patra of NFL.com), the Bengals will “work with Andy Dalton to facilitate a trade out of Cincinnati when the time is right.” Dalton will be a free agent after the 2020 campaign, as he enters the final season of a six-year, $96 million contract he signed in 2014.

As Patra noted, the Bengals would clear $17.7 million if they traded or released Dalton. The soon-to-be 33-year-old has regressed over the past three years, so the Bengals have plenty of reason to move on from him as they begin a lengthy rebuilding stage.

Dalton will go down as perhaps the greatest quarterback in Bengals history. Drafted in the second round by the organization in 2011, he’s earned three Pro Bowl selections, and Dalton led the Bengals to the postseason every year from 2011 to 2015.

Related: The 10 Highest Paid Quarterbacks In The NFL For 2019

But Cincinnati never won a playoff game under Dalton, and they’ve now recorded four straight losing seasons. The team moved on from respected head coach Marvin Lewis last year, following 16 seasons on the job. They hired Zac Taylor as his replacement, and the Bengals limped to the NFL’s worst record at 2-14.

There should be no shortage of interest in Dalton on the open market. He could be a great bridge quarterback for a team that’s looking to develop a young signal-caller that’s not ready to start.

Dalton could also work nicely on a team that’s ready to win now, but in need of a quarterback upgrade. The Chicago Bears, Indianapolis Colts, Los Angeles Chargers and Las Vegas Raiders would make plenty of sense in that regard. Moving on from the only team he’s ever known will surely be tough for Dalton, but at least he’ll get the chance to hopefully compete for a Super Bowl.