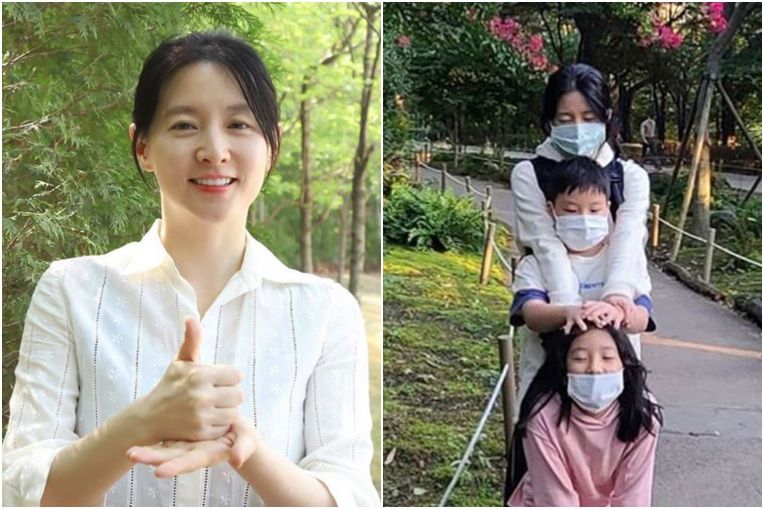 South Korean actress Lee Young-ae has remained largely out of the limelight after she married Korean-American businessman Jeong Ho-yeong in 2009 and gave birth to twins – son Seung-kwon and daughter Seung-bin – in 2011.

Lee, 49, became a household name in Asia after acting in the popular historical drama Jewel In The Palace in 2003.

She then starred in director Park Chan-wook’s thriller flick, Sympathy For Lady Vengeance (2005), but left show business after that to be a housewife and stay-at-home mother to her twins.

On Tuesday (Sept 22), the mother of two posted a photo of herself with her children. They were masked up and apparently enjoying a day out on a field trip.

Lee and Seung-kwon are seen placing their hands cheekily on Seung-bin’s head.

Motherhood seems to agree with Lee on screen as well.

When she returned to acting in 2017, she played Shin Saimdang, the 16th-century painter and poet who is perhaps the most famous mother in Korean history, in the television series Saimdang.

She recently played a determined mother who is looking for her missing son in the mystery thriller Bring Me Home (2019).