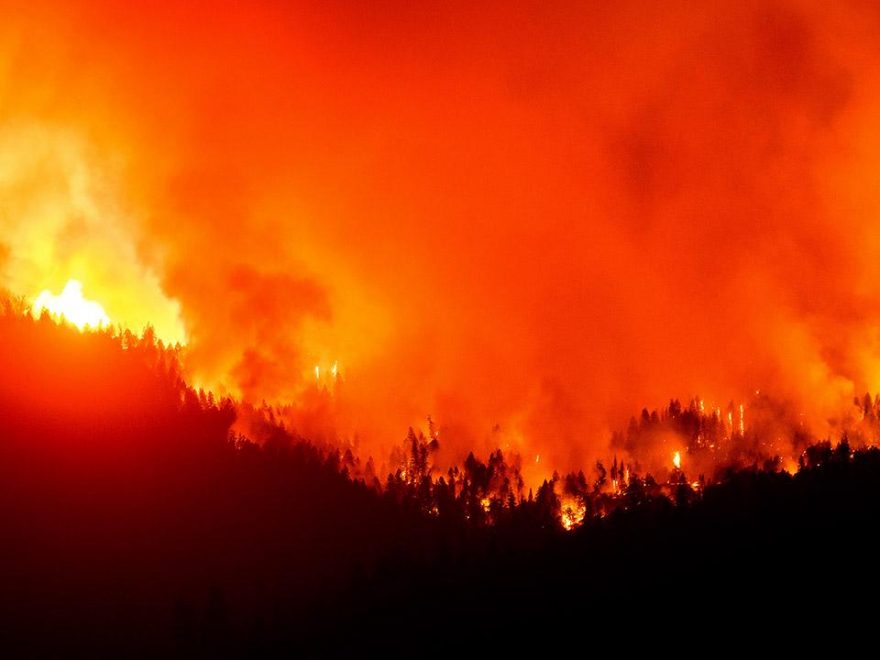 Fire suppression is bigger cause for wildfires than global warming: Environmentalist

Heavy ground smoke clouded Hanson Vineyards in Oregon’s picturesque Willamette Valley for more than a week following a Labor Day windstorm that kicked up wildfires across the western United States.

Jason Hanson expects his crews may only harvest five tons of grapes, including his Chardonnay and Gamay varieties, down from the 25 to 30 tons his fields yielded last year. The birds can have the rest, he said, as the fruit has likely absorbed too much smoke to be salvaged and would produce wine that tastes like a “wet ashtray.”

“With the dense smoke that we’ve had at the ground level for so long now, almost everything has to be affected or damaged,” Hanson said. “I have a yearly fight with the birds. This year I’ll just let them win.”

WEATHER DISASTERS IN AUGUST, INCLUDING HURRICANES AND WILDFIRES, CAUSED AT LEAST $1B EACH IN DAMAGE

The historic wildfires across the western United States, home to the bulk of the country’s vineyards and major producers of crops from apples to zucchini, have ravaged farmers and ranchers already hard hit by the Trump administration’s trade wars and demand disruptions from the coronavirus pandemic. 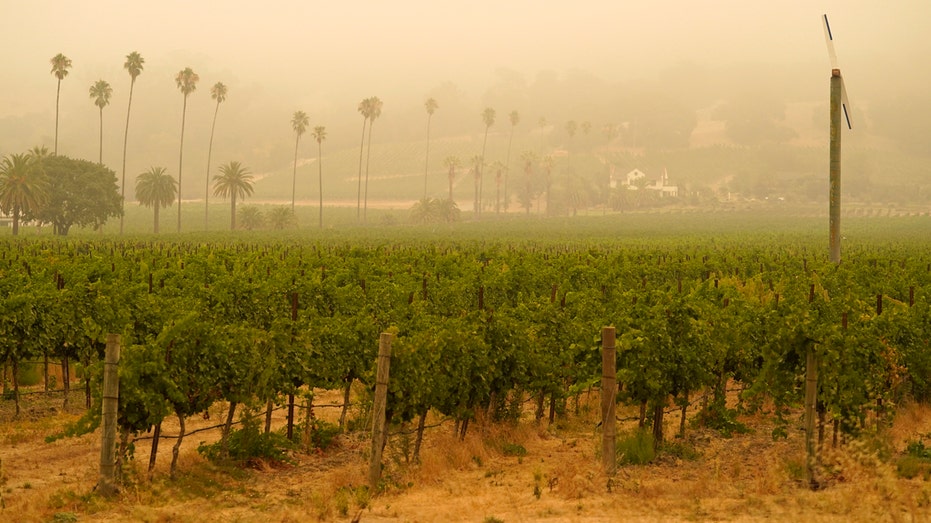 Atmospheric smoke has obscured grape-ripening sunlight while ash has coated green beans, cauliflower, and other produce in nearby fields just days before scheduled harvesting. Poor air quality is slowing harvesting as farms limit fieldwork hours and some run low on particle-filtering masks due to the coronavirus pandemic.

For wineries, the wildfires have only deepened recent wounds. A drop in restaurant traffic and smaller crowds visiting vineyards for tastings had already been sapping key sources of revenue.

Many tasting rooms remain shuttered due to fire and smoke risks, while grapes awaiting harvest in storied wine regions like Willamette Valley or California’s Napa and Sonoma Valleys may be damaged or ruined entirely. 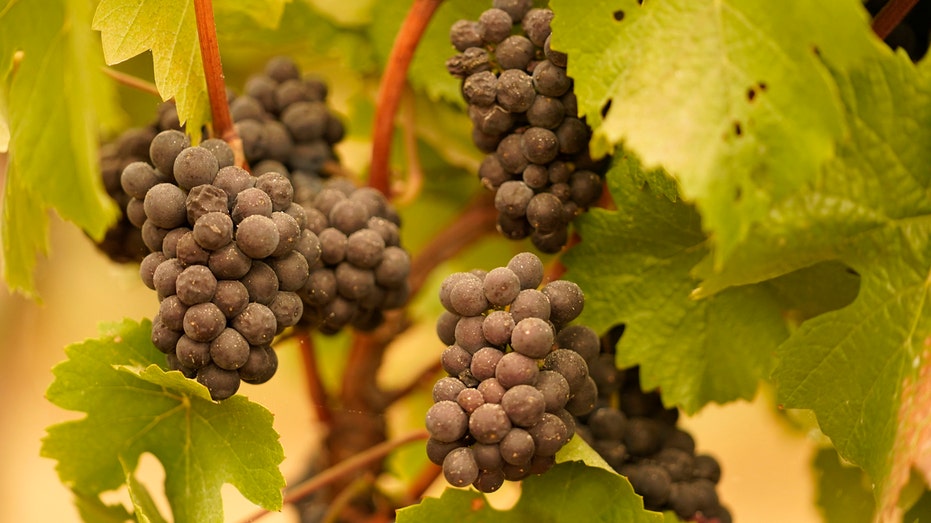 Grapes with ash on them hang in a vineyard that was blanketed by smoke from wildfires Thursday morning, Sept. 10, 2020, in Sonoma, Calif. (AP Photo/Eric Risberg)

Oregon, Washington state and California together produce about 90% of all U.S. wine. The true impact on the $70 billion industry will not be known for months as the typical wildfire season is only just beginning, and crop damage can vary greatly from field to field.

“You have a far greater potential for tainted wine the closer you are to the fire,” said Eric Jensen, owner of Booker and My Favorite Neighbor wineries in California’s Paso Robles region.

“We’re testing constantly and we believe in Paso we’ll be blessed because of the distance that the smoke traveled to get to us. But in Napa and Sonoma, the proximity is causing issues.”

Smoke has blanketed much of the U.S. West as fires have charred nearly 5 million acres (2 million hectares), but some wine areas such as Napa, Sonoma, Santa Cruz and Monterey have been much closer to blazes than areas like Santa Barbara and Paso Robles.

Laboratories that test grapes for smoke contamination are overwhelmed this year, with some taking up to a month to return results, instead of less than a week normally. Vineyards use that data to gauge whether to harvest or not.

Winemakers and scientists are still learning how smoke can affect wine grapes and how the effects can be mitigated. 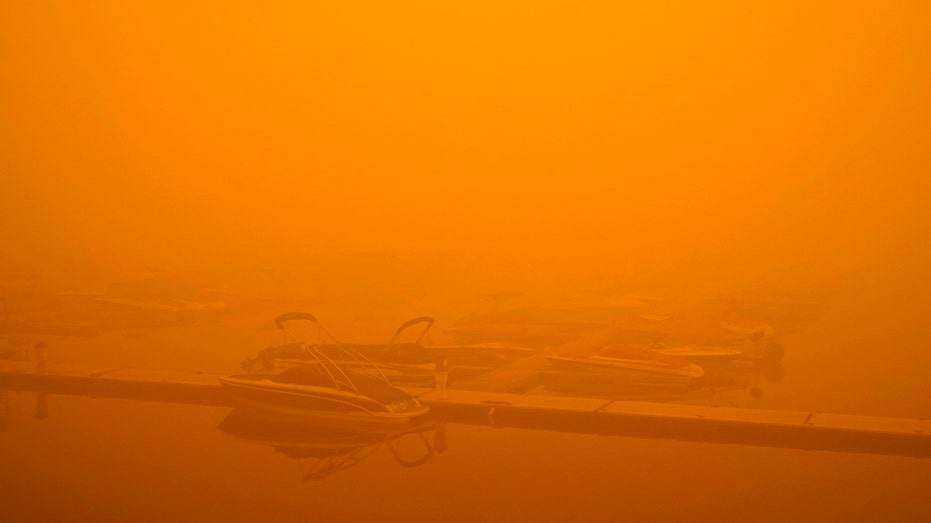 In this Sept. 12, 2020, file photo, boats are partially obscured by wildfire smoke at a marina on Detroit Lake in Detroit, Ore. (AP Photo/John Locher, File)

Australia has been at the forefront of research, as drought-fueled bushfires have riled its industry for years. But studies at American universities have ramped up over the past five years, helped by U.S. Department of Agriculture funding, as climate change is expected to increasingly impact U.S. wineries.

It is too soon to judge how the wildfires will impact 2020 vintages, but harvested grape supplies will likely be smaller, said Glenn Proctor, partner and broker at California-based Ciatti Global Wine & Grape Brokers.

Winemakers short of newly harvested grapes are expected to buy bulk wine from the 2019 season for blending with what is available from this year, he said. Fear of reputational risk will prevent winemakers from bottling and selling any wine with an unpleasant smoke taste, he said. 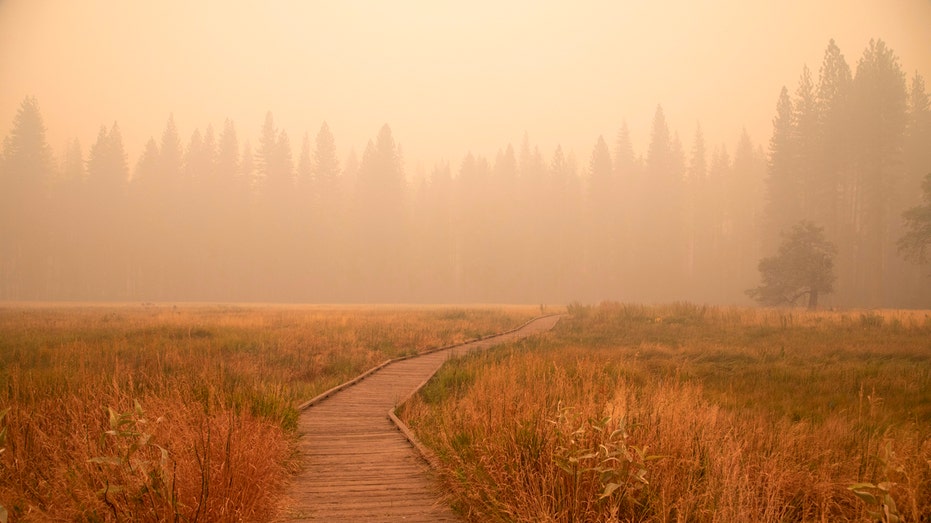 Smoke from the Creek Fire filling the air in Yosemite Valley bringing visibility to the point where the canyon walls were not visible or the sun on Thursday, Sept. 17, 2020 (Chuck Bennett via AP)

Ample supplies coming into this season should offset any shortfall from this year’s harvest so work-from-home Zoom Happy Hours will likely not notice any impact, he said.

“I still think we’re going to see some good wines coming out of 2020 because the growing conditions were great through the season,” Proctor said.

“The fires have put a question mark on everything but I’m still hopeful that most of those wines will play out.”