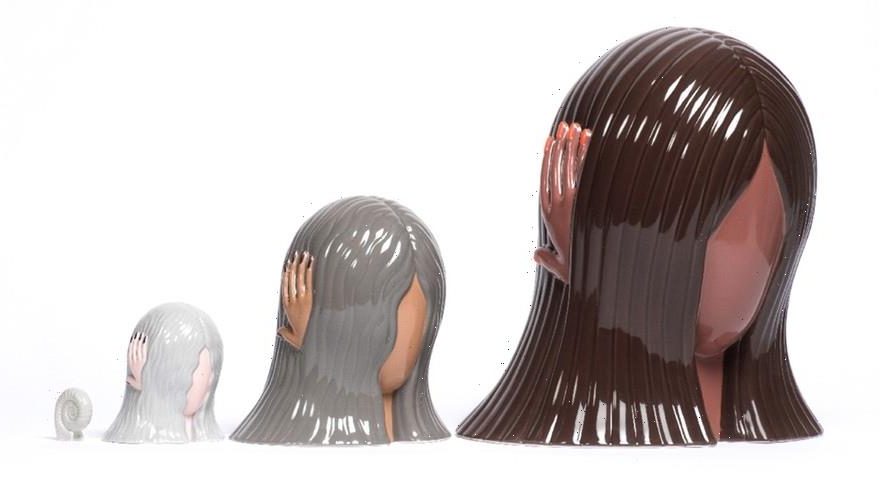 Case Studyo and Julie Curtiss are back with a new limited edition sculpture that references traditional Russian nesting dolls.

The French-born, Brooklyn-based artist recurrently explores the psychology of self through dark and humourous work that questions preconceived notions of gender and identity. Similar to her last release with the Belgian studio, Curtiss has created a faceless woman which appears to contain an aura of mystery.

Each of Curtiss’ four ceramic layers reflects a “Mise en Abyme” or onion metaphor — revealing a hidden aspect of the subject to the viewer, such as the cycle of life. Contrary to traditional nesting dolls, which become younger with each figure, Curtiss has reversed the order, showcasing a woman who gets older until she quite literally becomes a “shell” of her former self.

“Nesting Dolls” is an edition of 40 with 10 artist proofs. As with all Case Studyo offerings, the sculptures come in a collectors box with a screenprinted graphic, along with a certificate of authenticity that is signed and numbered by the artist.