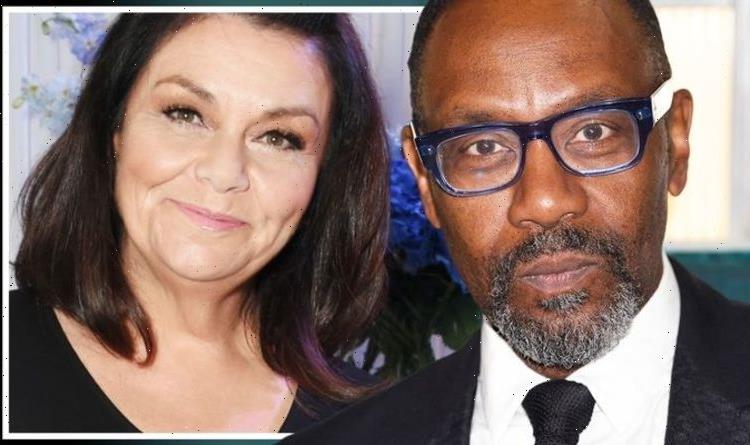 The British funnyman and presenter, 63, is known as the co-founder of Comic Relief and for his successful comedy career. Lenny is also an actor, having appeared in sitcoms, as well as in more serious parts, such as his role in Amazon Prime Video’s upcoming series, ‘Lord of the Rings’. The comedian has also ventured into Shakespeare, having starred at Othello in a critically acclaimed run at the West Yorkshire Playhouse in Leeds.

He is back on TV tonight as he appears on the ‘The Graham Norton Show’ on BBC One.

Joining him on Graham’s sofa will be Timothée Chalamet, Billy Connolly and Eileen Atkins, while Coldplay will provide the music.

For years Lenny was married to fellow British comedian and actor, Dawn French.

She is best known for ‘French and Saunders’, as well as for playing Reverend Geraldine Granger in ‘The Vicar of Dibley’.

The couple, who married in 1984, announced their divorce in 2010 on the grounds of Lenny’s “unreasonable behaviour”.

JUST IN: Doctors were convinced Warwick Davis would die in his teens! ‘Pretty grim outlook’

Their 25-year marriage, which included adopting a daughter, Billie, was said to have ended “entirely amicably”.

At the time of their split, Dawn’s self-described “unofficial biographer”, Alison Boywer, claimed she had noticed a “critical change” in their relationship.

The author of ‘Dawn French: The Unauthorized Biography’ penned a column for the Daily Mail in 2010 about her divorce.

She claimed one turning point for the couple had been Lenny’s portrayal of Othello, which bagged him a prestigious acting award for his Shakespeare debut.

She wrote: “This critical change in the dynamics of their relationship was never more apparent than when Henry won that London Evening Standard Best Newcomer award last November for his highly acclaimed appearances as Othello.

“While Dawn was naturally proud of her husband, she was nonetheless bound to suffer, according to those who know the couple, more than a frisson of professional envy at his success.

“How it must have privately irked Dawn to see her husband, once the junior partner in the relationship, overshadow her so completely.”

In 1999 Lenny was reported to have had an affair while on tour – an allegation he denied.

Dawn gave her own account of her relationship with Lenny in 2010, telling a Radio Times journalist how their partnership had been transformed.

She said: “Remarkably, we seem to have shifted with relative ease from a 25-year marriage to a lasting friendship.

“I am amazed by us – there is no war, we have turned out to be the best of friends.”

At the time she was interviewed by the publication she referred to the situation as just a “marriage wobble”.

Speaking in the interview, Dawn added: “We went to therapy for a few months.

“We went separately – it gives you an interesting way to come together with new ideas of how to deal with it.”

She was also asked if there were secrets between her and Lenny that needed to be addressed.

She said there had been secrets, adding: “I think everybody has to do that, empty your drawers out. I always want to empty my drawers. I like it that I am open.”

However, she also said: “Sometimes you have to let people have their drawers.”