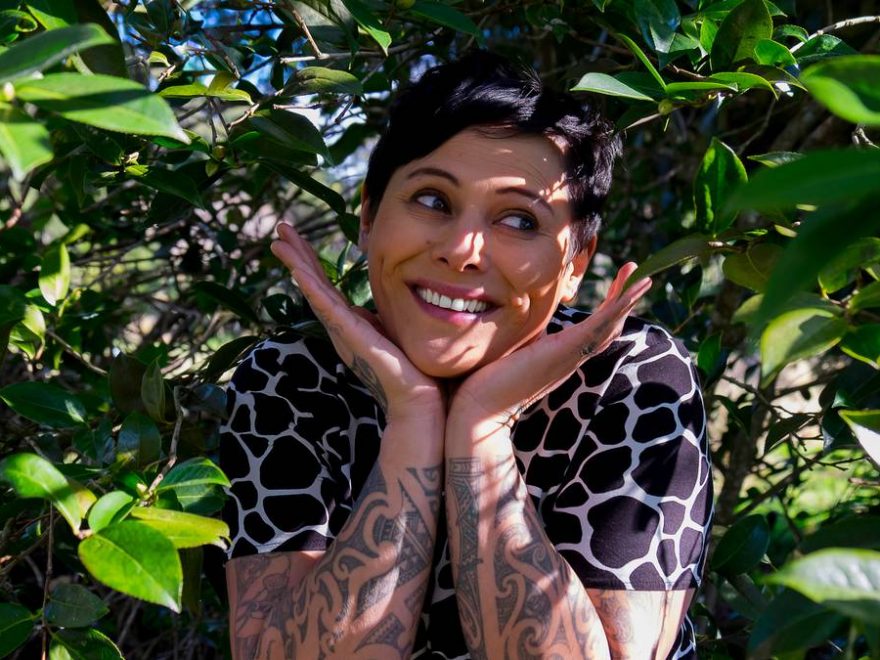 For such a small country our musicians have released some big tunes over the years. It’s easy to forget just how many legit bangers in so many different genres and spread out across so many decades we’ve actually got.

Anika Moa Reunited is a celebration of these songs. It follows the wildly loose Moa as she embarks on a “musical mission” to reunite us, the viewers, with the old friends that are these local No.1 hits from our collective past.

The series, which drops new episodes weekly on TVNZ OnDemand, sees The Hits radio host bowling over to a musician’s house to get the behind-the-scenes story of their biggest hit.

Of course with Moa in charge this was never going to be a deep dive examination of a particular song and the social and cultural forces at work at that moment in history that made it resonate with a large enough number of New Zealanders to propel it to the top of the charts.

No. Instead, Moa’s focus is almost single-minded focused on the “sex, drugs” part and not so much on the “rock n’ roll part” of that dusty old saying.

That’s not to say the series is not insightful. She’s armed with a handful of questions that often lead to revealing and insightful answers. But there’s no denying that Moa is more comfortable and excited when going rogue and asking questions that would make even the most shocking of shock jocks blush.

Like, say, former bFM Breakfast host Mikey Havoc, who appears in the second episode and is quickly left spluttering in disbelief at Moa’s line of questioning. After talking about Trippin’, the song his rock band Push Push had a No.1 hit with for six weeks in 1991.

“You mean a good icebreaker?” he counters.

Moa tries again, “let me rephrase the question,. Did you get lots of p***y?”

“To all the p***y?” Moa shoots back. Finding herself constantly stonewalled by a surprisingly restrained Havoc, Moa eventually snaps.

“I’m not gonna tell you about it,” Havoc demurs. Perhaps Mikey Woke is a more appropriate name these days?

But Moa is nothing if not one-track minded. Next, she tasks him with identifying 70s rockers by looking at archive photos of them wearing tight fitting, ill-advised pants and, in one instance, no pants at all…

None of this had much to do with Trippin’. But it got some lols. And she does coax some music info out of him as he recounts early days getting into fights with punk bands and being inspired by a Ramones gig at the Powerstation. He recalls how at Push Push’s next band practice they walked in and immediately wrote Trippin’, “almost note for note”.

“Annoying,” Havoc muses, “when you write a song that quickly and it becomes the most popular song you’ve got.”

Later in the episode Moa visits alt-rock idol Julia Deans of Fur Patrol to talk about the 2000 smash hit Lydia.

Moa’s a little more focused on the music here, as Deans reveals she was bought up as a “hardcore evangelical Christian,” and a steady diet of Christian music on Radio Rhema.

“I’d have to sneak the radio under my pillow at night because it was secular music,” Deans recalls, “It was the devil’s music.”

We also learn Deans jumped off the stairway to heaven to race down the highway to hell instead after being exposed to the hard rocking Led Zep at a Christian youth camp.

After questions about the sexual nature of the band name, Moa also learns that just like Trippin’, Lydia rushed out of the group.

While Moa may have a filthy mouth she has the singing voice of an angel and the highlight of her visits has to be the duets at the conclusion of each interview. Her rock-chick stylings acting as a terrific counterpoint to Havoc’s screeching hair metal histrionics in a bluesy stomp through Trippin’ and she brought a wonderfully light touch – and a guitar hero solo – to the power of Dean’s vocals in their acoustic rendition of Lydia.

Will an album of these duets come out at the end? Feels like a wasted opportunity if not.

The show’s firmly light entertainment and makes no bones about it. What Anika Moa Reunited lacks in substance it makes up for with its scattering of trivia, R-rated humour and mischievous attempts at scandalous fun.