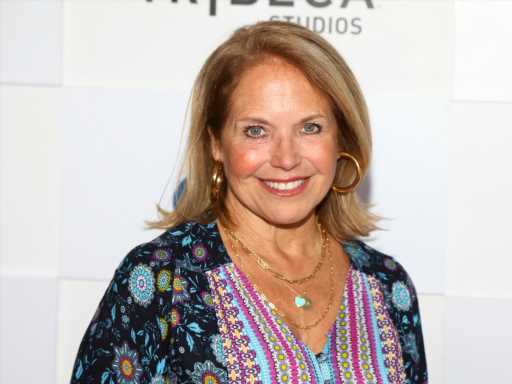 Katie Couric’s new book, Going There, is causing controversy before it is even released. The former Today Show anchor stopped by NBC to talk about a very serious situation that happened during her tenure with Matt Lauer — and viewers of the morning talk show are taking issue with what she had to say.

Even though she told Savannah Guthrie that they currently have “no relationship,” it’s the past that fans are upset about. “As I got more information and learned what was going on behind the scenes, it was really upsetting and disturbing,” she said on Tuesday’s show. “It was really devastating, but also disgusting.” Of course, she still reached out to Lauer as the sexual abuse allegations continued to unfold, sending him a text message, “Matt, I am crushed. I love you and care about you deeply. I am here. Please let me know if you want to talk. There will be better days ahead,” per an excerpt from her book, via The Washington Post.

While she believes they will never speak again, Today Show viewers are zeroing in on the fact she played into the network’s workplace culture of “don’t ask, don’t tell” when it came to Lauer’s marital infidelity — that’s enough for many Couric critics to dismiss her side of the story. One YouTube user commented on the Today Show‘s video, “No, there was a side you knew but didn’t want to report because you guys were a team.” Another account wrote, “She knew what Matt was like. Everyone did. Both have tremendous egos and are arrogant.”

And from the excerpts of the buzzy memoir, Couric includes transcripts of their text communications, with one particular conversation happening only weeks before Lauer’s scandal. After going out to dinner together in November 2017 and discussing how the #MeToo movement was unfolding, Couric sent a follow-up text. “Omg what the hell did you put in my drink? Phenobarbital????,” she joked, per The Washington Post‘s excerpt. “Thank you for being such a good friend. I treasure you.” His response said, “The length of our friendship and the comfort that comes with that is more powerful than any drug in a drink!” There was obviously a playful nature to their friendship, but It doesn’t sit well with many viewers, who think she knew more than she’s letting on.

Women working in national news bureaus have never had an easy time fitting in because it has traditionally been an old boys’ club, and we have to assume Couric experienced a lot of that sexism in her rise to the top. In 2021, we are better informed, and hopefully, feel more empowered to speak up, but it looks like there is little forgiveness from some Today Show viewers, who don’t think her new book offers anything but a glossy view of a very dark chapter.

Before you go, click here to see the most shocking celebrity tell-alls of all time.