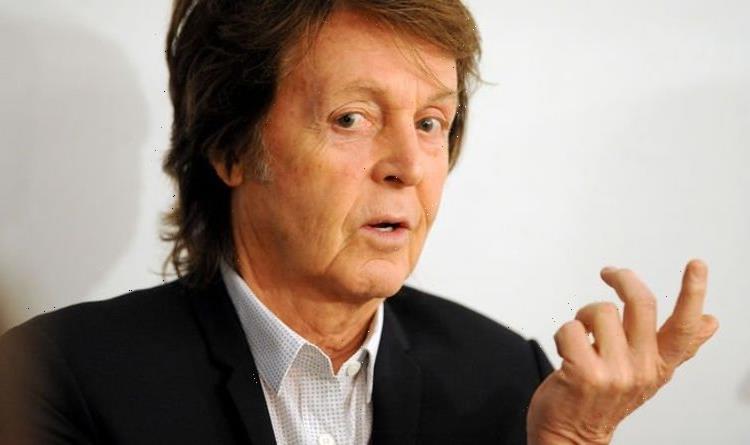 The Beatles: Get Back trailer released by Disney

Sir Paul McCartney has previously maintained that The Beatles song Eleanor Rigby was not inspired by any real person with that name. He has pointed out that, despite any real-life woman who might have been called Eleanor Rigby, he did not base the song on her. Now, he has revealed that a real woman inspired the song, and her name was something completely different.

McCartney is releasing a new book next month titled The Lyrics: 1956 to the Present. He released an excerpt from the book in The New Yorker this week.

In the piece, he revealed: “Eleanor Rigby is based on an old lady that I got on with very well.

“I found out that she lived on her own, so I would go around there and just chat, which is sort of crazy if you think about me being some young Liverpool guy.”

He added that her story inspired the legendary song. He said: “Later, I would offer to go and get her shopping. She’d give me a list and I’d bring the stuff back, and we’d sit in her kitchen.

“I still vividly remember the kitchen, because she had a little crystal-radio set […] So I would visit, and just hearing her stories enriched my soul and influenced the songs I would later write.”

He said: “I can see that Hawkins is quite nice, but it wasn’t right. Jack Hawkins had played Quintus Arrius in Ben-Hur.

“Then, there was Jim Hawkins, from one of my favourite books, Treasure Island. But it wasn’t right.”

There is a grave in Liverpool to a woman named Eleanor Rigby, but the 79-year-old denied knowing anything about it.

McCartney added: “I don’t remember seeing the grave there, but I suppose I might have registered it subliminally.”

Previously the star of the Fab Four has claimed he thought up the song’s name while on the set for The Beatles 1965 movie Help!

In 1984 a birth certificate with the name Eleanor Rigby on it was sold at auction.

McCartney later condemned this, saying: “Eleanor Rigby is a totally fictitious character that I made up.

“If someone wants to spend money buying a document to prove a fictitious character exists, that’s fine with me.”

The legendary singer’s new book hits store shelves on November 2, and contains hidden details about dozens of his songs from over the years.

In the foreword, McCartney said: “More often than I can count, I’ve been asked if I would write an autobiography, but the time has never been right.

“The one thing I’ve always managed to do, whether at home or on the road, is to write new songs. I know that some people, when they get to a certain age, like to go to a diary to recall day-to-day events from the past, but I have no such notebooks.

“What I do have are my songs, hundreds of them, which I’ve learned serve much the same purpose. And these songs span my entire life.”