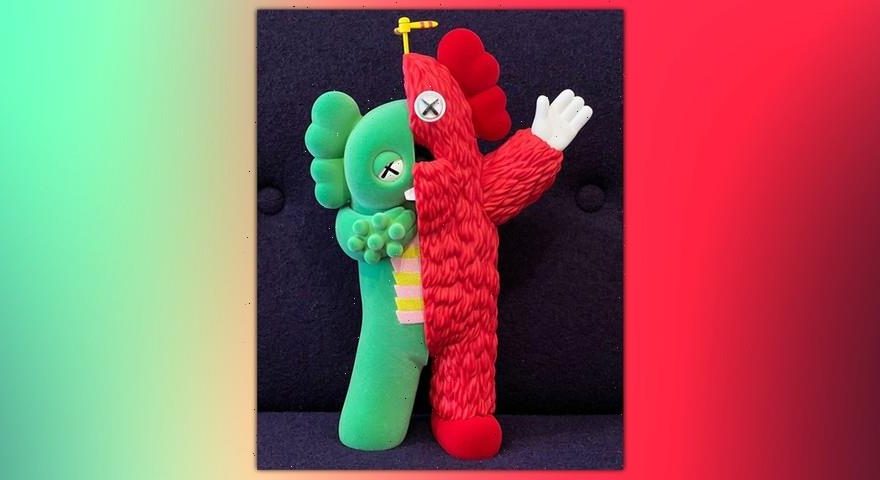 After teasing the idea via Instagram, KAWS has released the first look at his special toy collaboration with characters Gachapin and Mukku from popular Japanese television series, Hirake! Ponkikki.

The childhood TV series first started broadcasting in 1973 and became a commercial success that seeped into various fields such as events and advertisements. Gachapin, a green bucktoothed dinosaur, and Mukku, a fury red yeti, compete across various lighthearted competitions in a show that can be seen as the Japanese equivalent to Seasame Street.

The “KACHAMUKKU” figure morphs the bodies of both beloved characters into one being that features KAWS’ characteristic ‘X’ eyes, a simplified body frame, and crossbones in the head. Additionally, the toy will also come in a blacked-out iteration that falls in line with many of the artist’s past work. “KACHAMUKKU” will initially release at the KAWS TOKYO FIRST exhibition — the largest presentation of work in Japan currently being held at Mori Arts Center Gallery — which will conclude on October 11. The figure will subsequently release on KAWS website at an undisclosed date.

In case you missed it, En Iwamura has released his first vinyl toy, “PINECONE BOY: SUNSET.”